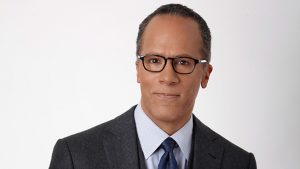 Convocation is an annual event focused on bringing in the new school year, officially welcoming the freshman class and highlighting the university’s recent achievements.

Holt is a journalist of notable achievement with an extensive career. He became the first Black person to solo anchor a weekday network nightly newscast when he was chosen to anchor “NBC Nightly News” in 2015. Prior to this position, Holt spent eight years as the host of the weekend edition of the show and 12 years as the co-anchor of “Weekend Today.”

In addition to his various anchor and co-anchor positions, Holt has hosted specials, covered the Olympics and narrated the documentary “Hope and Fury.” He also moderated the first 2016 Presidential debate. As debate moderator, Holt was praised for asking tough questions, challenging claims, and fact-checking both candidates.

Holt’s work as a journalist has earned him numerous awards, including a Robert F. Kennedy Award for Excellence in Journalism and several Emmy awards. “I am pleased to welcome Mr. Holt to Howard University and am confident that his remarks, informed by an impressive career and keen insights regarding world events, will inspire robust and meaningful conversations across our campus,” said President Frederick in his statement.

Holt’s affiliation with the Republican party seems not to be concern for administration, despite the events of last year’s convocation at which Former Federal Bureau of Investigation director James Comey spoke.

Comey was met with protests as students attempted to hold him accountable for their grievances with his handling of the black community as FBI director. Comey’s subsequent selection as King Endowed Chair sparked more protests and campus-wide debate.

Convocation starts at 11 a.m. on Friday, with the doors opening at 10 a.m. Classes are suspended from 10 a.m. to 1 p.m. to allow students to attend.