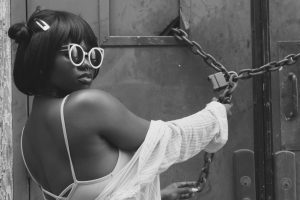 Many of us remember our very first time stepping onto Howard’s campus and getting an immediate feel for the student body. Some of us had already heard about how Howardites dressed and carried themselves. However, the Howard “pop out” has a different meaning for every Howard student.

I, myself, have only just begun to comprehend the importance of how I present myself at all times. I became tired of always looking at the young women in front of me and wondering why I was so intimidated. Why did I feel like she was more worthy of respect? Why did I want to tune into every word she said? The answer was because she saw herself in this way and chose to put in the work to display that self-worth to others.

Many students have expressed feelings that the tradition is overwhelming and forces us to conform to an unnecessary standard. The issue of cost has also found its way into the conversation as pop out culture might be difficult for a struggling college student to participate in. This poses the question of if it could be damaging, especially on an HBCU campus, to have added pressure to appear a certain way?

There’s also a matter of whose pop out we choose to praise. Do we value only certain aesthetics and only when they are displayed on certain bodies? Some students have asserted that different body shapes and skin tones are excluded from pop out culture simply because people refuse to appreciate fashion choices on a body they’re not attracted to.

“It is not a coincidence that the people most admired for participating in pop out culture are light skinned girls with 3A hair,” said sophomore TV & Film major, Maya McCollum.

The answer to whether or not popping out is problematic depends on who you ask.

“It’s all about showing who I am because I want to, not because Howard culture deemed it necessary,” said Adé Tate, a senior psychology major.

There are two sides to this coin. While the added pressure can be another layer of stress when trying to find yourself and define your presence on campus, the way you choose to dress is a direct way to develop these things. The pop out is a rule without rules. There is no specific way to go about playing dress up. It is okay if your definition of a “pop out” consists of whatever just stepped off of Chanel’s runway. But there is also no rule stating that this is more acceptable than being decked out in Fashion Nova’s finest.

The important part is that you are wearing what makes you walk a little differently. You should get dressed in the morning and want to hold your head a little higher. Dress up each day as the person you want others to recognize you as. Force everyone to see you as the person you hope to be long after you’ve left Howard.