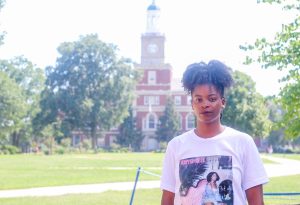 On Advice to Aspiring Artists

“Just know there’s enough problems in life, you don’t have to go around looking for luxury problems. Luxury problems could mean searching in the wrong places for love, or being wild, meaning anything, whatever your definition of wild is. Things like that can really put a damper on the music. Make sure you’re taking care of yourself. Like I said, I never thought I would ever want to quit music. But if you’re not right in your mind and in your personal life, it could pour out into your workplace. Any aspiring artists, just make sure your mental piece is good, you’re talking to your family, and you’re keeping genuine and real people around you all the time.”

“I’m realizing that if your mental peace isn’t good, then it’s going to show in different ways. I just had to slow down for a bit and get my mind right. It’s still a daily thing, but as long as you’re trying, though, it’s a good thing. There’s definitely a lot of songs on the next project that talk about it. I’m definitely writing a lot more about what’s going on than I probably ever have. I’m happy about it.”

“Omarion, Billie Holiday, Whitney [Houston], Marvin Gaye, Bilal, D’Angelo, Mariah [Carey], Erykah Badu. It’s soul. It’s every 90s RnB record I ever heard. 702 to SWV. I’m just all RnB and soul. And blues, Anita Baker, Ella Fitzgerald, it’s just soul, jazz, RnB. Even off the recent tip, I got hip to Amy Winehouse 4 years ago. I knew about her, but I didn’t really know Frank the album, and that changed my whole life. Even Ciara’s first album. It is beyond underrated. Beyoncé, easily. Dangerously In Love album [by Beyonce] changed my life. Beyoncé got songs for days.”

Lamotte shared, “I think it was 2012 probably…when she came to audition for Howard Homecoming, everybody was talking about her. I kept hearing the name. I never met her though.Then, there was a building right across from the School of Business at the time it was called G2 Lounge. I started throwing open mics there with the band I was managing in college, they were called GWN, they were a house band. And so one day she comes in and performs, I missed her again. And everybody was like ‘Oh my gosh, she killed it, she killed it!’

One day I reached out to her on Facebook and was just like ‘yo, you’re incredible, you’re in DC, do you want to make some music together? I got a studio, I could probably get you in for free’ She was like ‘Okay, I’m down. Let’s do it!’

Ari chimed in saying, “No, I was hesitant. Cause back then, I thought managers were supposed to be super rich and famous.”

Justin continues: “Either way we did it. We got the project done and we was just like ‘Let’s just put it out.’ So we put it out, and the rest is history.”

On What To Expect from Her Next

“Expect a lot of surprises. Expect an EP. Expect an album. Just expect more growth and evolution. Whether it’s writing, whether it’s mentality, whether it’s physically cause I’m going to try and get my lazy ass to the gym.”