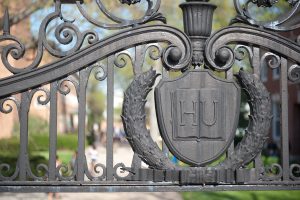 The word is out. US News and World Report’s 2019 Best National University Rankings has named the Mecca No. 89 in the nation, a 21 position leap from last year. This is the first time under the leadership of President Wayne A.I. Frederick that the University has been ranked in the top 100, a product of the many strategic changes the president has instilled since 2014. When asked about his initial feelings, President Frederick was ecstatic, yet not surprised at the rapid increase in ranking.

“I am more alumni/faculty than I am president, and as an alum, I am filled with pride now because the rest of the world can now appreciate and acknowledge what we are,” said President Frederick.

Since President Frederick assumed his position, Howard University, along with only one other institution, was acknowledged as having the greatest improvement in national university rankings in the past three years, according to USNWR. President Frederick has been working with the board to put a long lasting emphasis on the needs of the students, all while not accumulating debt. The renovation of dormitories and the expansion of eating facilities have been part of the first phases of ensuring a more hospitable and comfortable campus.

Current students have expressed mixed feelings about the university’s performance in the rankings. sophomore international business major, Emory Harris, believes that we could be even higher if we were given more resources afforded to PWIs.

“Our high ranking test scores are moreso a result of great resources for smarter students. We have the ability to teach ourselves and there’s at least enough guidance to get us through courses,” said Harris.

Howard University aims to not grow complacent in this ranking. President Frederick spoke about the continued renovation of all the dormitories and the fact that come next year, 80 percent of all dorms will be less than five years old in terms of facilities.  Furthermore, President Frederick believes students should be rewarded for their hard work, so the administration will become more accessible to every student so that matriculation and other student services processes, such as contact with financial aid, will be expedited in the years to come.

There is a lot more in store for The Mecca.