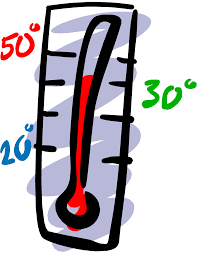 Dripping with sweat and huffing for breath is how many students have been entering their classrooms. The temperatures outside in Washington, DC during the second and third weeks of classes were something that no one prepared for, including Howard University. With the heat index projected to reach numbers close to 105 degrees, the HVAC systems were not equipped to handle them.

Several emails were sent out to students and faculty that detailed the weather conditions, and even advised professors to cancel classes if the temperatures in their classrooms were “unsafe.”

While the cancellation of classes is something that students are usually grateful for, these conditions cause health and wellness concerns for many. It also takes away from the class time you have to cover materials that need to be learned.

Students like sophomores Aria Harris and Erica Smith, who are from the south, agreed that the heat was something that they were used to, but that did not change the fact that the experience during their steamy week of class was not a good one.

“Walking to class in the heat is chaotic, I think. People are trying to get out of the heat as fast as they can, crossing the street when it is not our turn to walk, and passing up fellow classmates because they are walking too slow for you. It’s a lot. You don’t even want to stop and talk to your friend because you want to get out of the heat as soon as possible,” said Harris.

While some try to quickly escape the heat and move indoors, Smith’s statement suggested the opposite.

“Class is really uncomfortable because most of my classes are in Locke and there is a lack of AC in that building. It honestly makes it even hotter to be inside than outside. A lot of my professors let classes out early or cancelled class due to AC,” she said.

Multiple studies have shown that learning in warmer temperatures negatively affects a student’s ability to retain information and score well on tests, so the effects of the warm temperatures will begin to make a noticeable impact on students if something is not done. While the university has stated that it is handling air conditioning outages as they receive them, many believe this should not be a problem at all.

Adverse weather conditions have lead to classroom issues before.

“Heat in the classrooms is just a surface problem. There is a classroom crisis that is causing a cascading failure,” said professor Brian Garnand.

Last winter several classes were displaced due to buildings not being able to handle the effects of extreme cold.