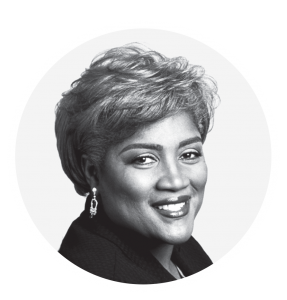 Donna Brazile has been appointed as the 2018-2019 Gwendolyn S. and Colbert I. King Endowed Chair in Public Policy by Howard University. Brazile will engage the Howard community on politics, criminal justice reform, civility and voting.

The role of the King Chair is to bring an experienced perspective to the development and advancement of public policy initiatives. Brazile offers knowledge stemming from a career as a political strategist and the former Chair of the Democratic National Committee.

Brazile’s first event, “Finding Your Seat At the Table,” was held Sept. 4.

“I served on Capitol Hill. I’ve been a political analyst, a political writer, a presidential appointee and a campaign manager. So, there are multiple ways to serve. I want students to find their best seat at the table,” Brazile told the Office of University Communications.

The aim of the event was to bring awareness to the different forms of political enagement the Howard community could get involved with.

Brazile will develop and host a five-part lecture series throughout the school year to continue the conversation of public policy and civic responsibility.