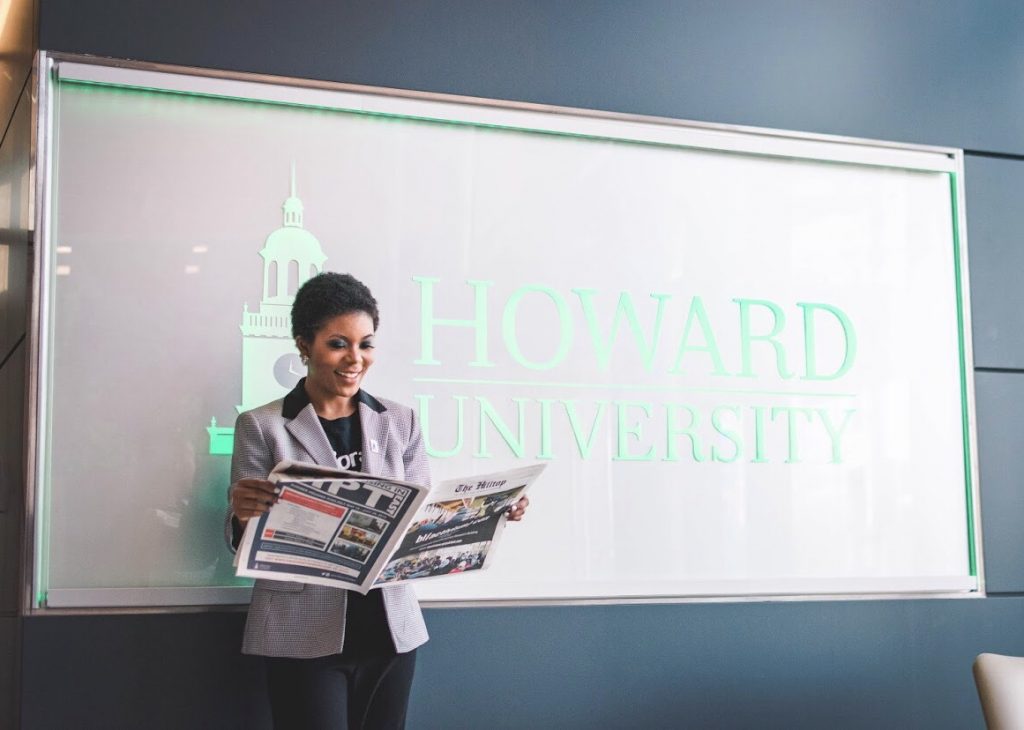 I have the nerve to walk my own way, however hard, in my search for reality, rather than climb upon the rattling wagon of wishful illusions. – Zora Neale Hurston

As a bound and determined freshman, I visualized all my wildest and biggest dreams on the center of The Yard. As the sun nestled below the brim of my fedora hat and I walked alongside my peers, I was struck by a moment of perspective that would later go on to shape my identity – and now as I reflect has showcased itself to be a journey that has come full circle.

It was the long and appreciative glances I gave the clock tower countless times amidst the vibrant blue sky and cumulus clouds. It was the numerous prayers of gratitude I proclaimed to God for making what seemed to be no way, a pathway for me out of the South to a bustling city of blessings.

Truth is a letter from courage!  – Zora Neale Hurston

As a focused and modest sophomore, my determination turned into passion. A passion that translated into my affinity for storytelling and landed me at the hallmark of freedom of speech and expression, The Hilltop. I started as Variety Staff Writer and quickly climbed up the ranks to Senior Campus Editor by the end of that year.

It was that year that I was introduced to the struggles that are interlaced amongst the glory of my now, alma mater. The passion for progress that time and time again translates to protest taken by students that are relentless and fearless in shaping the Howard University they want to see and deserve. It was also the year I learnt the cost I am willing to pay for commitment.

Which sometimes was no pay at all. I endured three months of no pay during that year but remained steadfast, nevertheless in my journalistic duty of amplifying the student voice. I witnessed and covered my first student protest: #TakeBackHU. A protest that took over the streets and marched its way to the Administration building for a moment of truth about sexual assault and its crippling effects on our university. I saw the tears, felt the outcrys for change and was touched by the warmth of community. It was then I felt aligned with my Howard purpose. A purpose marked by truth, service and the gift of the pen.

A purpose that propelled my pursuit to apply for editor-in-chief  as a rising junior. It was confirmed by many that I would find success in my pursuit of the role, but the outcome revealed otherwise.

I was unsuccessful and faced with the pain of rejection we all face at least once in life. A rejection that lit a fire underneath me and fury within me that I carried into my junior year.

As an unapologetic and convicted junior, I took daring risks. A risk as big as spending a semester away at Columbia University in the City of New York. I left what I knew behind to gain a better understanding of who I was and who I wanted to be. I left with confusion and doubt and returned with truth and convictions about my potential, purpose and my path that continues to carry me forward.

The present was an egg laid by the past that had the future inside its shell. – Zora Neale Hurston

As editor-in-chief, I knew that understanding history was at the helm of paving the way for a renaissance, what I called “The Hilltop Renaissance.” It forged my commitment and drive to uphold what I knew the future of The Hilltop could, should and would be.

Reform. Reengagement. Revitalization. These were the three defining words and pillars that permeated throughout my tenure.

Reform began with our protest as a staff asking our community a dire question: “What Would You Do Without The Hilltop?” We advocated for needs that had been neglected long before I inherited this role. We posed a call to action of appreciation and respect for the stakehold The Hilltop holds in the lineage of Howard’s legacy.

Reengagement started with being for the people through visibility, balanced coverage, showcasing the unique and creative stories that make up “The Mecca” and setting a precedent through many firsts. One of my most proud being the first-ever bl(activism) conference. Revitalization being the culmination of a year of grit, grind and greatness produced by a committed staff I am humbled to have worked alongside in setting the precedent for The Hilltop’s future.

This year was marked with news of an active shooter on campus, financial aid embezzlement allegations,  administration building takeovers and many other monumental moments that have found themselves inked to the pages of The Hilltop. I could have never expected such a whirlwind of a year as editor-in-chief but couldn’t be more grateful for the many challenges that came with the honor of serving in this role.

As I have become an official Howard University Alumna, my heart is full and my smile is big because I have left my mark with a legacy trailblazed.

For Zora. For Howard. For You.