After Howard University President Wayne A.I. Frederick confirmed on Wednesday, the mishandling of funds, and in turn, the firing of six employees, student group, HU Resist, organized a protest at the university’s main administration building. The protest is currently in its third day.

A list of nine demands including the call for the president’s resignation has since been issued by the group. “We’ll be here as long as it takes to get our demands met,” said Juan Demëtrixx, a senior at Howard University, on Friday at a morning news conference.

The students have since garnered outside support from singer Rihanna, Spelman College’s Student Government Association and even Beyonce’s dad, Dr. Mathew Knowles.

In an interview with The Hilltop, Knowles expressed his pride in the students and the importance of social courage.

From the 1950’s through the 70’s, Knowles participated in activism first hand from integrating all white schools in the south to being cattle prodded by police during protests, all of which he discusses in his latest book “Racism from the Eyes of a Child.” 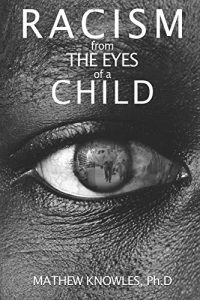 “Martin Luther King [Jr.] was only 25 years old in Montgomery when the whole movement began with Rosa Parks. He was 27 years old when he did the March on Washington. The Parkland students are teenagers, they’re 17 and 18 years old so I often think especially at HBCUs that the students don’t understand their power that they have and what I call social courage,” Knowles told The Hilltop.

Knowles has admiration for students who understand the role they can play in implementing change. “To speak up, speak out against anything that they see they feel is wrong. That’s what I [don’t] see today. Just not having that social courage so I’m very proud of the students [at Howard].”

His piece of advice to the student protesters is to separate the emotion from the decision making.

“It can’t be emotional. Your decision making has to be very carefully thought out. You can’t walk in there with 20 things you want to change,” he said. “You also have to put yourself on the other side of the table when you’re presenting something and talking about change and understand that if you were in that position, how does it affect you?”

Knowles hopes that the students are able to take away lessons from the experience saying “I hope what is gained from what you are doing at Howard is that you understand that you can take this outside of the walls of Howard and effectively make change.”