The four-day takeover of the Administration Building, which ultimately led to the shutdown of the school, took place March 19 through March 23, 1968, and was a response to the university’s threats to expel nearly 40 students accused of disrupting the Charter Day Convocation weeks prior.

More than 1,000 students participated in this demonstration. At the time, the demonstration seemed like just any other, but the takeover led to great changes in the university and would be cited by students for decades to come. 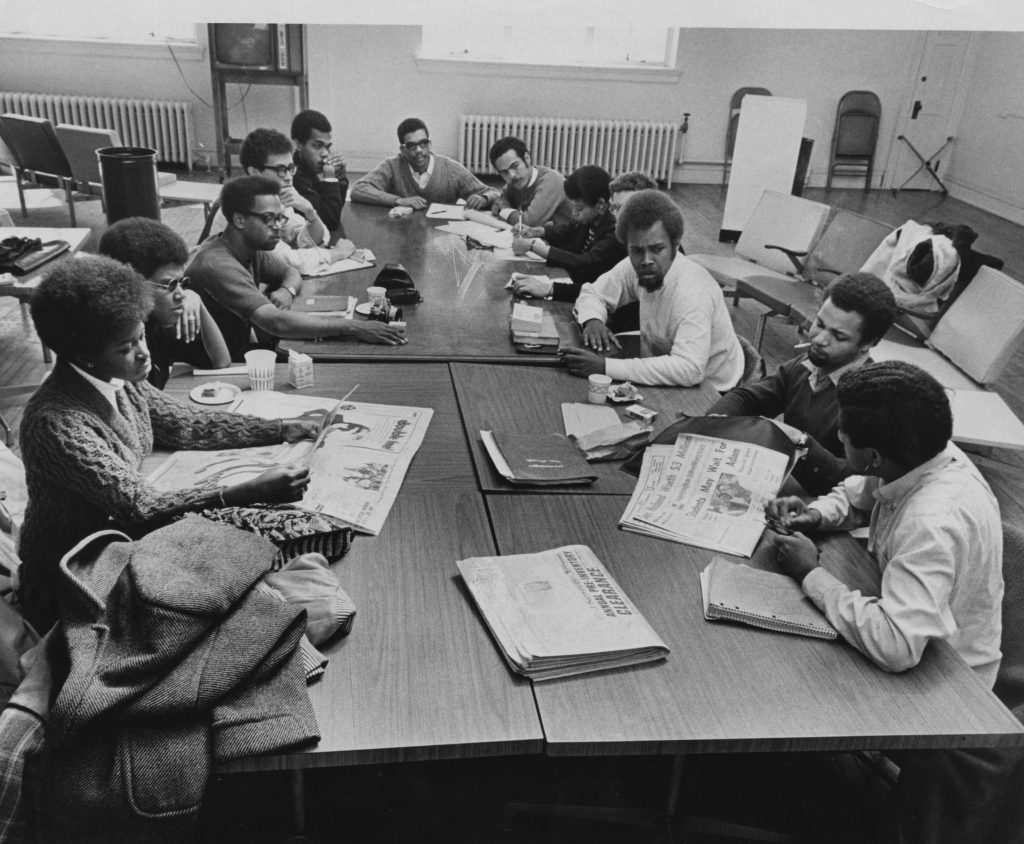 Students gathered outside Douglass Hall, March 19, 1968, before they proceeded to the Administration Building. The plan was to conduct a sit-in in President James Nabrit’s office until he said that the students would not be expelled. Demonstration leaders expected this to end with them being dragged out, as that was the usual result of their protests. Yet, word had spread on campus and hundreds of students turned out to participate, enough to fill multiple floors in the building.

The administration stated that they would drop the charges against the accused students, but that was no longer good enough. The students who seized the attention of the administration refused to leave until their additional demands were met. These demands included that student discipline be handled by a judiciary committee which included student input, the incorporation of African-American history and culture into the curriculum and the immediate resignation of President Nabrit. All but the last demand were met.

This demonstration was the most successful of its kind and has served as a blueprint for other student-led demonstrations both on campus and across the nation. Later that year, a similar demonstration arose on the campus of Columbia University, which garnered more media attention.

“The 1968 administration building takeover challenged both the direction and purpose of Howard University. The institution was forced to recognize and address its perpetuation of exclusionary Black elitism, the neglect of its students, and an identity rooted in adherence to the white power structure,” said members of HU Resist. HU Resist is a group of students known for their demonstrations against university decisions, most notably the allowance of James Comey’s address during the opening Convocation Ceremony of the 2017-18 academic year.

“Fifty years ago, Howard students called for their university to prioritize the interests of Black people and truly become a Black University,” continued HU Resist. “Today, the same problems plague this institution. With our buildings crumbling around us, the student body has watched our current administration profit from its students and the surrounding community as it fails to secure Howard’s future. As student organizers, we have committed ourselves to transforming this university into a democratic safe haven for all Black students. We also aim to reinstitute Howard University as an instrument to serve and support the often-neglected surrounding Black community.”

In the last 50 years, there have been no shortages of demonstrations by students; none have had this type of success. Many believe this is because the new generation of students lacks follow through and relies heavily on the work of students in the past, but one university professor thinks otherwise.

“I don’t think students are relying on the successes of past students at all. Howard University students have always used their voices to bring attention to important causes,” said Dr. Caroline Harper, professor in the Political Science department. “Earlier this month, #HowardHousingCrisis opened the door for meaningful conversations about housing availability, building maintenance, and overall student needs. However, hashtags alone don’t lead to tangible change–it takes constant and coordinated efforts between students and administration to ensure that the promises actually materialize.”

Harper further stated her views on the success rate of Howard University protests since 1968. 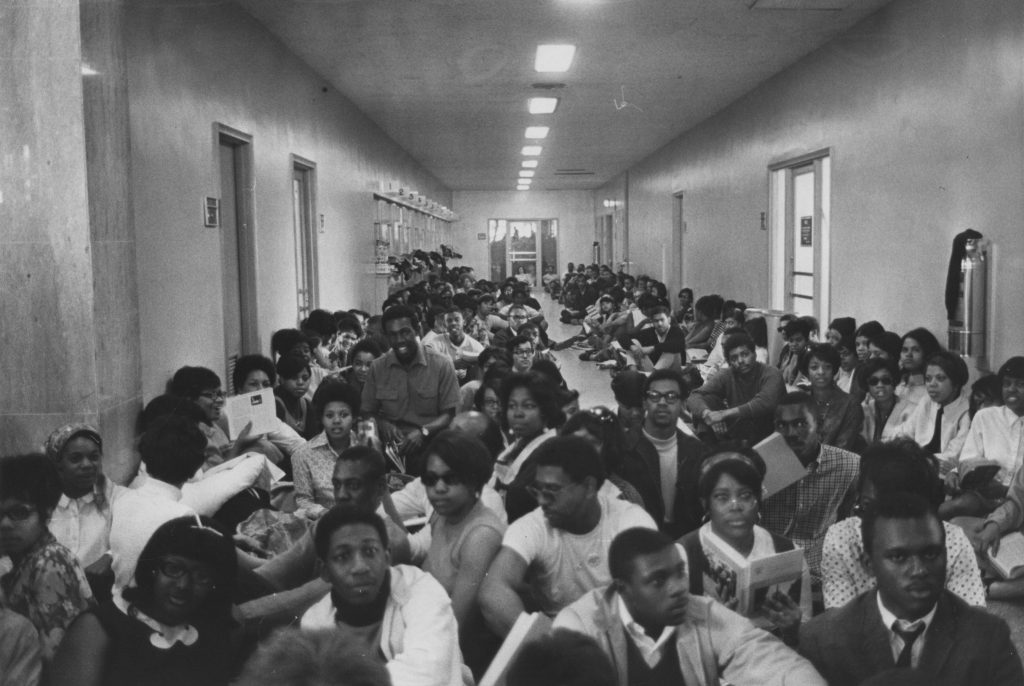 Student protesters fill the halls of the A Building

“Howard students have always displayed a level of consciousness, but the approach and focus has shifted,” continued Harper. “The 1968 demonstration was successful because students had definitive goals and outcomes. Once University administration responded to the pressure, students maintained a unified voice and presence that ensured the implementation of the promises that were made. There have been successful demonstrations since 1968–in 1989 students were successful in calling for the resignation of Lee Atwater as a trustee and in 2015 the #SilentShowtime demonstration resulted in students receiving the financial aid they needed.”

Gittens, who served also as Feature Editor of The Hilltop, said the advice he would give to student protesters would be to “learn from the Civil Rights Movement,” realizing that it’s a long struggle and that it’s not going to happen just out of one demonstration.

“It took us many years and a lot of work to get to the point of 1968 and the sit-in. And it would be helpful if [you] thought in terms of long-term struggle when the cameras go away, and the lights go out, they still have to continue to work,” said Gittens. “The people [who they want to] change their minds… they’re pretty dug in and it’ll take quite a bit to make them shift. They’re not going to do it out of some humanitarian insight because they’re business people, most of them. And they’re pretty dug in, so it’s going to take a lot of effort to make them change, it’s not going to be an overnight kind of thing. It takes quite some time.”

The demonstration is immortalized in 1968 PBS documentary, Color Us Black.