With Howard University comprised of a predominantly female student body, the importance of female leadership has been a frequent topic of discussion. The Elect Her Conference held in January was one example of the continued effort to support women on campus as they pursue not just elected positions on campus but a chance at true leadership. In honor of Women’s History Month, some women in various campus leadership positions share their experiences and what they hope to see from fellow Howard women in the future: 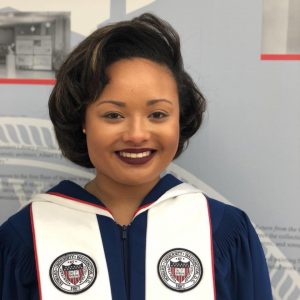 Women are and will forever be the shifting paradigm of society. For centuries, patriarchal dominance has been the archetype of leadership throughout the global community. While this dominance markets men as leaders of our society, “behind every great man is an even [greater] woman.” These women may have traditionally been mothers, wives, sisters or even daughters.

While the contributions of these women may not be noted through formalized history, their relevance is without question. This traditional involvement of women within the lives of men, which has been met without the autonomy to be agents of change within their society, has equipped women with a lens that no man can ever possess. One example of this kind of lens can be seen with the efforts of my idol Dr. Tererai Trent who used her own experience within a patriarchal community as inspiration to increase access to education for all people throughout her home country, Zimbabwe.

Trent was a product of a male-dominated society that said she was not worthy of an education yet valued her brother’s education –who was not as interested in learning– over her own passion for learning. Women like Trent engrain in me the belief that through the hardships women endured throughout history, these women must be the social entrepreneurs to shift our global paradigm and to help alleviate some of the greatest challenges to equity in the emerging world.

For this reason, I charge my fellow Howard women to be advocates for change because the intellectual prowess and might of a woman with a Howard education is limitless. We have seen this through alumni such as Kamala Harris, Sharon Pratt-Kelly and the Honorable Louise A. Jackson. As we end a month that celebrates women and their contributions to society, I would like to encourage Howard women to continue possessing that “whole purpose-driven, warrior princess, save the world type vibe” because it is that self-delineated power that changes nations. 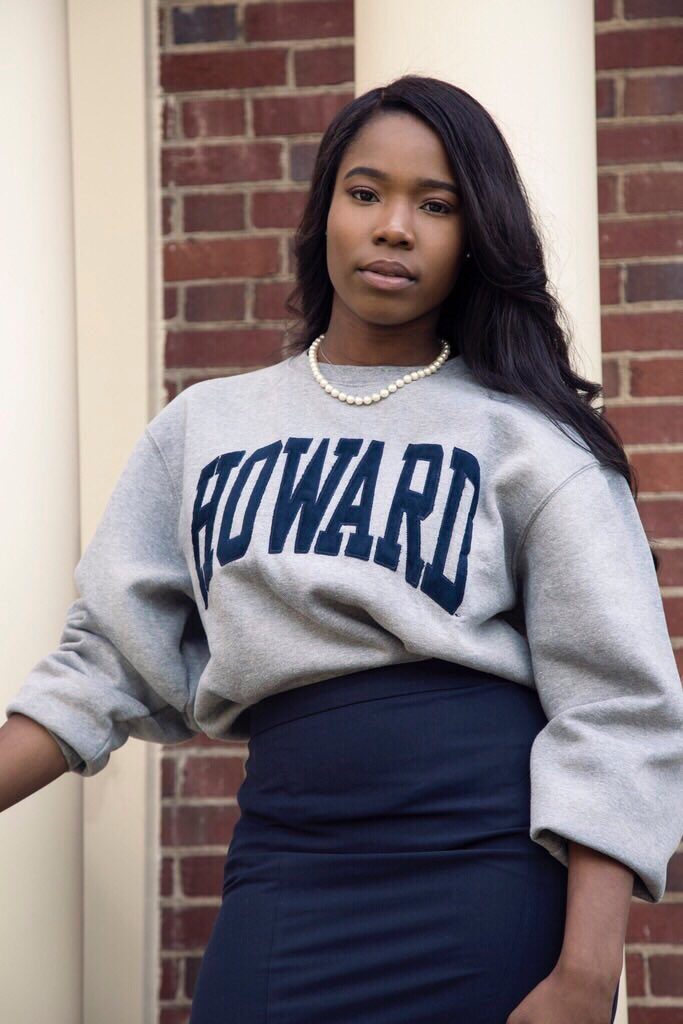 Assuming the role of HUSA President was never something I ever intended on doing because I found myself, like many women do, second-guessing my capability to run for an elected position. Studies show that before a woman decides to run for Office, she has to be asked seven times, and this unfortunately is true for many women on this campus. In a male-dominated student government landscape, it is hard for women not to succumb to intimidation and discouragement; however, I found that through the support of programs such as Elect Her and the increasing number of women in executive leadership on campus, this truth can be challenged.

In the 57-year existence of the Howard University Student Association, this is the first year we’ve had two women hold the office of President consecutively. Although I am proud of this accomplishment, I am more pleased to see that under the leadership of myself and my predecessor, Allyson Carpenter, more women on campus have been stepping up into executive leadership positions within student government and it is my hope that this trend continues. 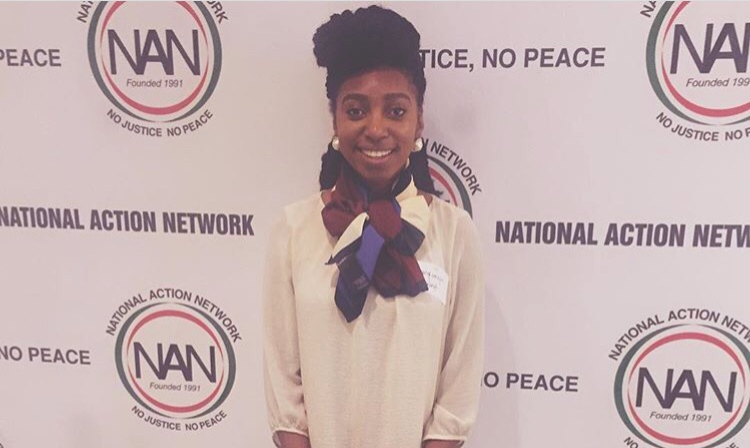 For me, it was by following my passions of truth and service that lead me to want to assume a leadership role on our campus, and more importantly, it was recognizing how much I care about Howard University and all those in which is touches.

When we look at even the most recent elections that have taken place on our campus, it shows how much women have started to find their own voice and truly wish to become servants of truth and service on our campus. With now 5 out of the 6 undergraduate schools and colleges being under female leadership in the 2018-19 term we have already begun to set a new standard for the women on our campus.

As one of two female Presidents on our University’s campus this year it touches my heart to know how we have been able to help change the narrative of what it means to be a leader on this campus. By no means was the journey easy but the road was one that I enjoyed walking. It has taught me so much about myself but more importantly it has taught me how I can best serve those around me and where I can make improvements to be a better leader.

I made the decision to step into a leadership role as a way to help give Howard University students the the same amazing experience that Howard was able to offer me. It was a way for me to encourage people on our campus to achieve everything they want to do and help them to find opportunities that in their own journeys in order to reach success.

I continue to encourage women, especially during this month, to not just seek positions of power but continue to be leaders who seek to create and implement change where it is necessary. God has instilled in all of us a special light that was designed to make an impact on the world. He would not have given us this vision if he did not think we could achieve what he had already set before us.

As women on this campus we need to continue to be advocates for other women to accomplish their goals and set a higher standard for those who strive to always put their best foot forward, not just for themselves but for the many young women who aspire to be leaders that will come after the legacy that we have started. 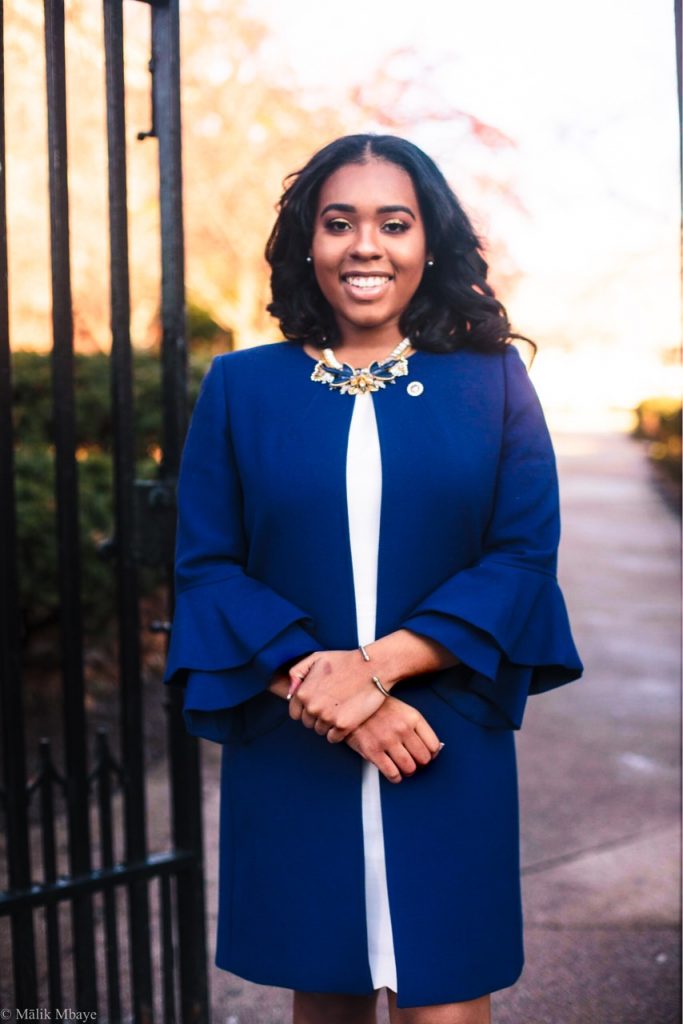 I believe the greatest lesson I learned as a leader on campus is to not compare my self worth to productivity or failures. There were times that I didn’t always get it right. Events. People. Decisions. But I am no less worthy of my calling because of it.

The second greatest lesson learned was that service to people doesn’t negate self-care. You can do both and must do both to truly be a vessel.