Students are in an uproar after a story by an anonymous author by the name of “Veritas 1867”  was posted to Medium that included records alleging Howard University financial aid employees of stealing $1 million dollars in financial aid funding. The story gained widespread attention after student activist group, HU Resist shared the story on Twitter stating “The long held suspicions that our university is stealing money from us have been confirmed. We deserve better. We demand better.  It time to take back our university” using the hashtag #StudentPowerHU and #FrederickMustResign. 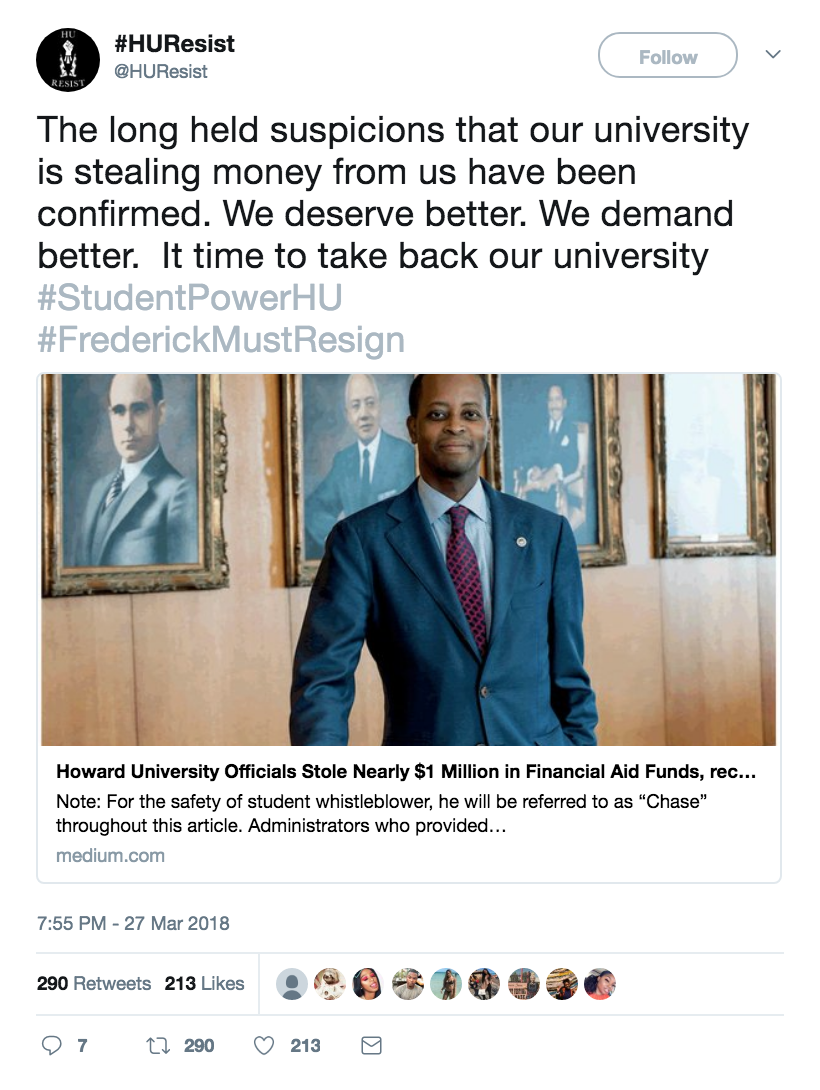 Howard University President Wayne A.I. Frederick released a statement in response to the Medium posts allegations stating that “the financial integrity of Howard University’s operations is paramount and strong measures have been taken following the RSM investigation to ensure this never happens again. As part of these reform efforts, significant new policies and procedures have been implemented to strengthen Howard’s internal controls with respect to the awarding of financial aid.” 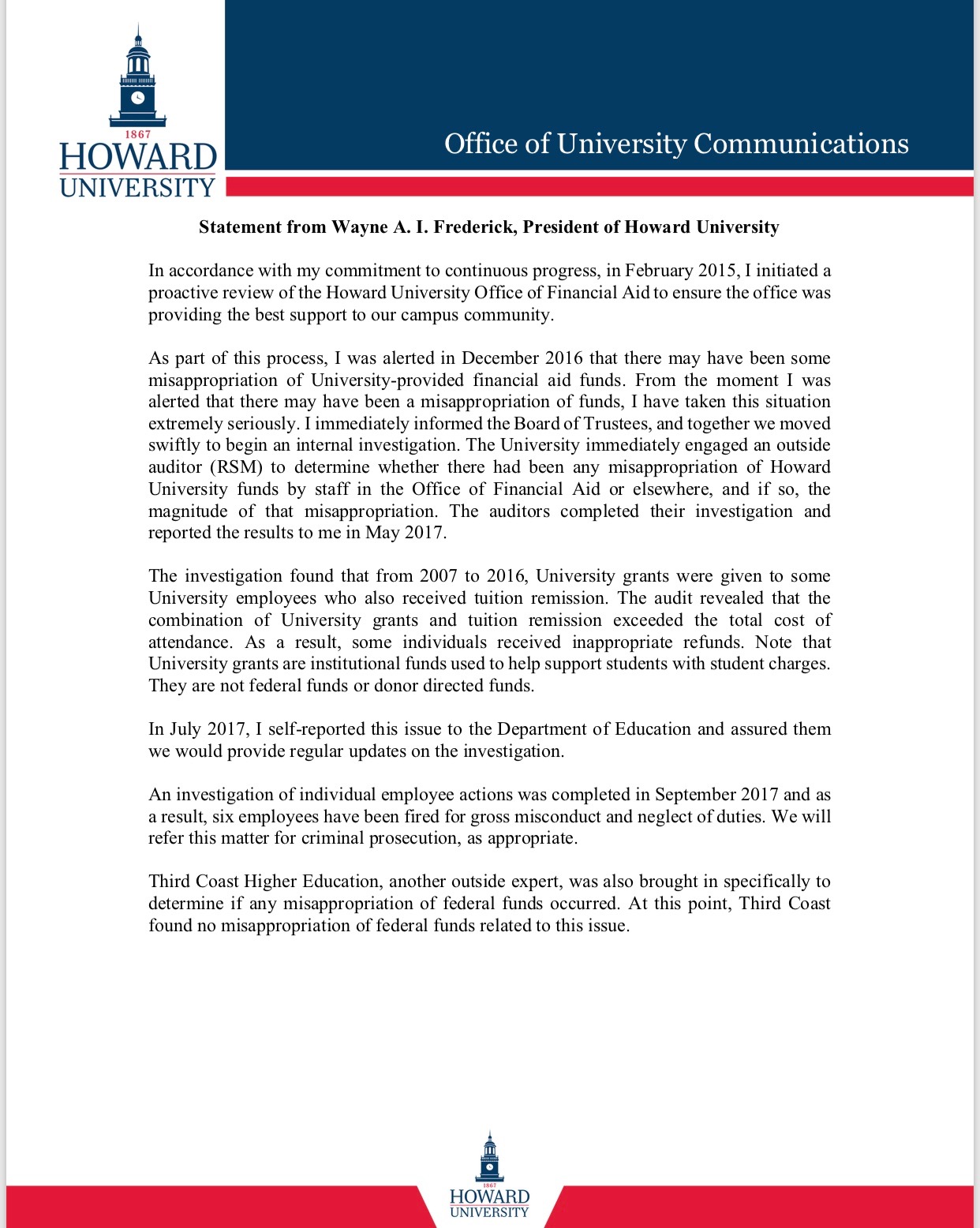 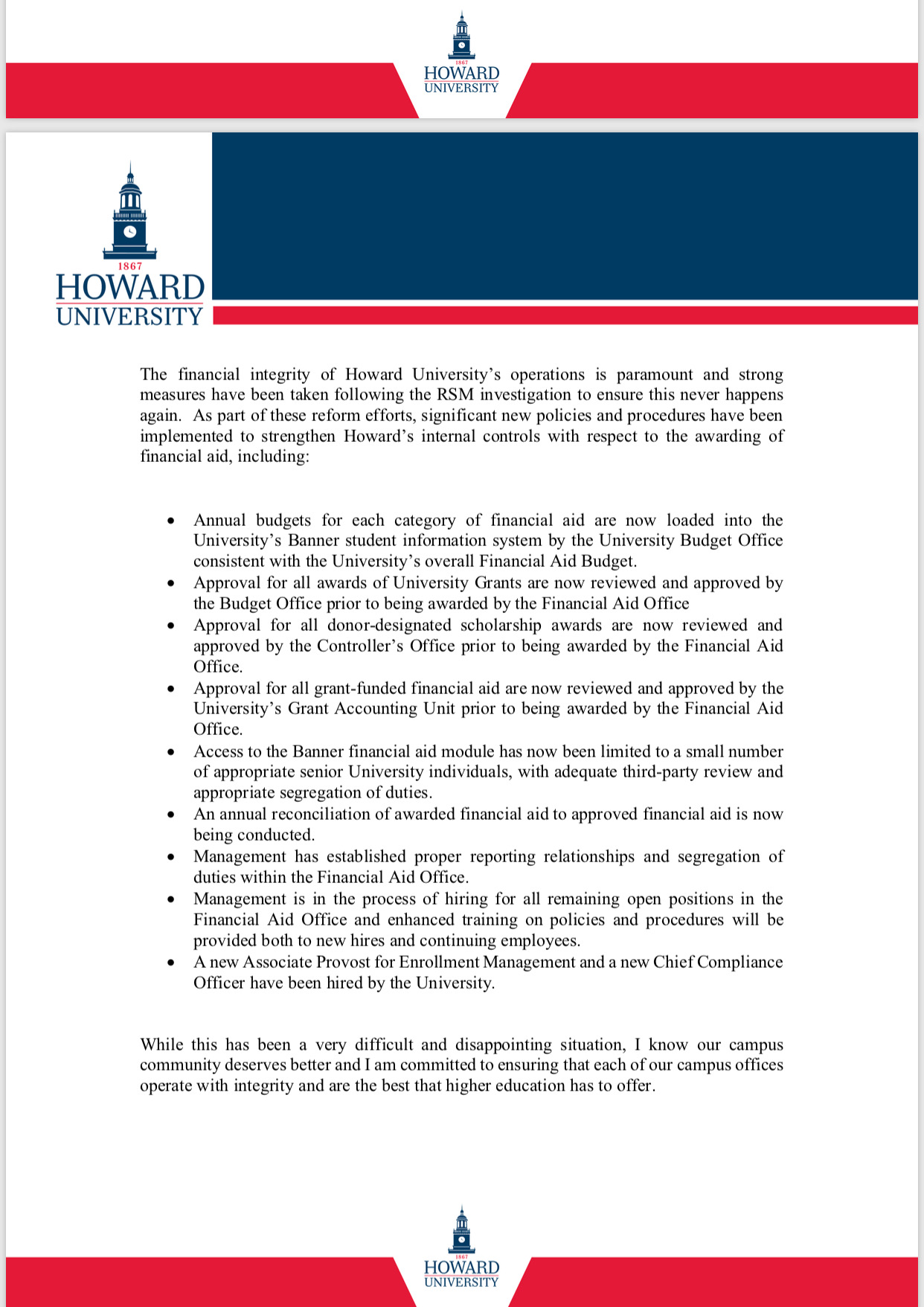 The Hilltop has yet not independently verified the information in the Medium posts but we are working to verify any records or documentation and seeking further comment from administration officials. This story will continue to be updated as new information is released.