Contrary to popular belief, modeling is not easy—especially for African-Americans trying to break into the exclusive industry. Much of the discussion centers around diversity on the runway and the role designers play in casting their models but what about the challenges models of color face once passed the casting? The unfortunate reality is that these models have to deal with makeup artists and stylists who don’t know how to work with their hair and/or complexion and, sometimes, even a cold shoulder from other models.

Although black models oftentimes have to work harder in the industry, there are still many who have paved the way for the rest. In honor of Black History Month, here are six models who strode the way:

Tyson Beckford is known as the most successful male model. Beckford was recruited by Ralph Lauren in 1993, a time where women were dominating the industry. This deal with Lauren was Beckford’s claim to fame.

Tyra Banks is most known for her show America’s Next Top Model but before creating the hit show, she herself was a top model. At age 16, Banks signed to Elite Model Management. In 1991, she walked in 15 shows for Paris Fashion Week. Banks was the first black woman to cover both Sports Illustrated Swimsuit and GQ.

In addition to being known for her blunt personality, Naomi Campbell is also known as the most famous black supermodel. She was discovered at age 15, while shopping in London and became the first black woman to cover French Vogue. To date, Campbell is the highest paid supermodel. 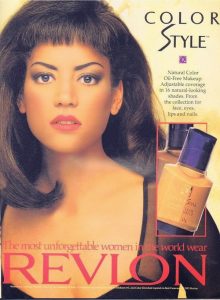 Veronica Webb made her debut into the modeling scene in the 1990s. She became the first black supermodel to receive a major cosmetic contract in 1992 from Revlon Cosmetics.

Iman is arguably the most recognizable supermodels of all time. She was discovered when a photographer came to her university in Nairobi and spotted her. The following year, Iman landed a job with Vogue Magazine.

Donyale Luna is probably an influence on many people on this list. After being discovered, she moved from Detroit to New York City to start her career. In March 1966, Luna became the first black woman to cover UK Vogue.