On Jan. 8, ESPN Monday Night Football color analyst Jon Gruden was hired to become coach of the Oakland Raiders. Gruden had previously coached the Raiders for four years from 1998-2001. After his initial firing, Gruden went on to coach the Tampa Bay Buccaneers. He retired after his stint with the Buccaneers, subsequently landing a gig with ESPN. Gruden’s hire has garnered scrutiny from the Fritz Pollard Alliance. The Alliance voiced its frustration in a written statement delivered to media organizations stating, “We are deeply concerned by reports that the Oakland Raiders’ owner, Mark Davis, came to an agreement with Jon Gruden about him becoming the Raiders’ next head coach before interviewing any candidates of color.” 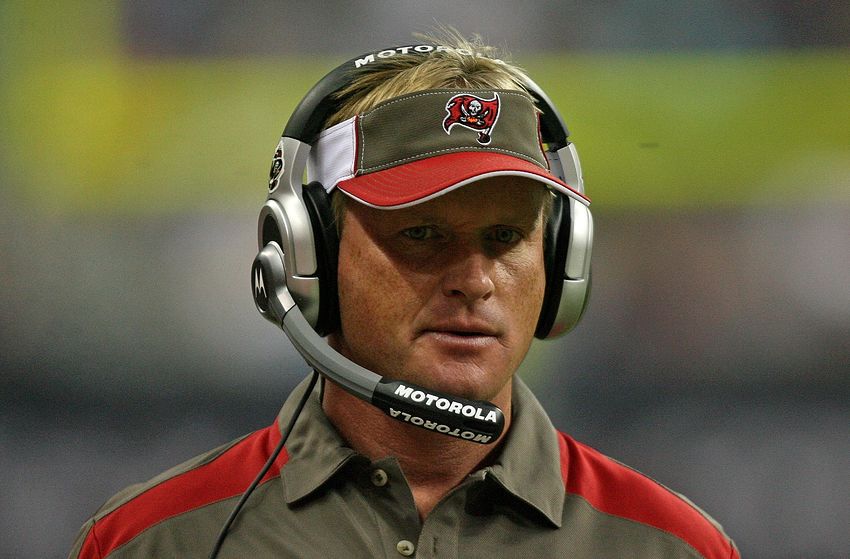 Gruden coached the Buccaneers after a four-year stint with the Raiders ended in 2001. (Photo by Bob Levey/Getty Images)

The Rooney Rule was enacted in 2003 in response to the firings of head coaches Dennis Green and Tony Dungy from the Minnesota Vikings and Tampa Bay Buccaneers respectively. Many felt both firings were unfair due to Green only having one losing season in ten years and Dungy only missing the playoffs once in four years as head coaches. This led prominent attorneys Johnnie Cochran and Cyrus Mehri to conduct a study outlining the difficulty of achieving and maintain a coaching job in the NFL for minorities. Following their blistering report, it was revealed that even though black coaches had a higher winner percentage than their white counterparts they were still more likely to be fired and less likely to be hired. 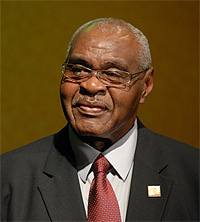 The increased scrutiny on this specific hiring stems from statements made by Raiders owner Mark Davis which stated he was “all in” on Jon Gruden before interviewing any candidates of color. This concerned the Fritz Pollard Alliance whose mission it is to promote diversity among NFL front offices and sidelines. The Fritz Pollard Alliance successfully lobbied the NFL to investigate the hiring of Jon Gruden. The NFL is currently investigating, and if found guilty, the Raiders would be subject to a fine from the NFL. This fine would most likely be similar to a 2003 incident when former Lions general manager Matt Millen was found guilty of violating the Rooney Rule. He was subsequently fined $200,000. The punishment could be more severe due to the fact unlike Millen, Davis is the owner of the Oakland Raiders and not a general manager.

The Raiders organization maintains its innocence stating they followed the proper procedures by interviewing minority candidates Bobby Johnson who currently is the Oakland Raiders tight end coach. Tee Martin, the offensive coordinator for the University of Southern California, was also interviewed for the position after Davis had already admitted he was gunning for Gruden. While it is not questioned that these candidates were interviewed, the contention is that it had already been decided that Gruden was to be hired and that the minority candidates were only brought in to technically satisfy the Rooney Rule while violating its spirit.

It appears that the spirit of the rule was indeed violated. The point of the rule is to give minority coaches a fair shot at jobs all across the NFL. Through his remarks, it is evident that before Davis thought of interviewing minority candidates, he already knew he would hire Gruden. The Raiders organization only plays lip service to the Rooney Rule which far too many organizations do.

While the schadenfreude seems obvious to me, the NFL will ultimately have the final say over if the Rooney Rule was violated and if any punishment will be doled out to the Raiders organization. The Rooney Rule has been instrumental in helping African-Americans obtain jobs in management positions in the NFL and many will be watching to see how the NFL interprets this hiring due to it’s possible ramifications. There is no current timetable on when the NFL will announce the findings of their investigation.