The Holiday season is quickly approaching and as students begin to reminisce over their favorite holiday treats such as sweet potato, pumpkin, and apple pies, they should throw bean pies into the mix.

“That’s ours, that’s black,” said the Brother Carvelas Muhammad, otherwise known as The Pie Man of DC. This D.C. native started selling bean pies three years ago. They are now sold in over 80 local stores including Pizza D’Oro located on T Street NW. Unlike many other bean pie sellers who focus on the original flavor, The Pie Man of D.C. offers 20 different flavors ranging from apple to chocolate. Brother Carvelas’ mission is to infuse creative flavors into a business and to employ black men.

According to The Bureau of Labor Statistics, the unemployment rate in Washington, D.C., is 6.4 percent, but as The Pie Man looks toward the black community he believes it is much higher than that.

“If you ride in any city in America black men don’t have jobs… [I have] created a business not a job,” said Brother Carvelas. The goal of this business is to continue its growth and hire at least 10 more black men who otherwise would not have a job due to the crippling label of “ex-offender.”

The growth of this company stems mainly from word of mouth. Brother Carvelas usually sets up two tables filled with pies outside local venues such as the Howard Theater and always sells out of pies. His enjoyment stems from working in the community and selling to a black audience. 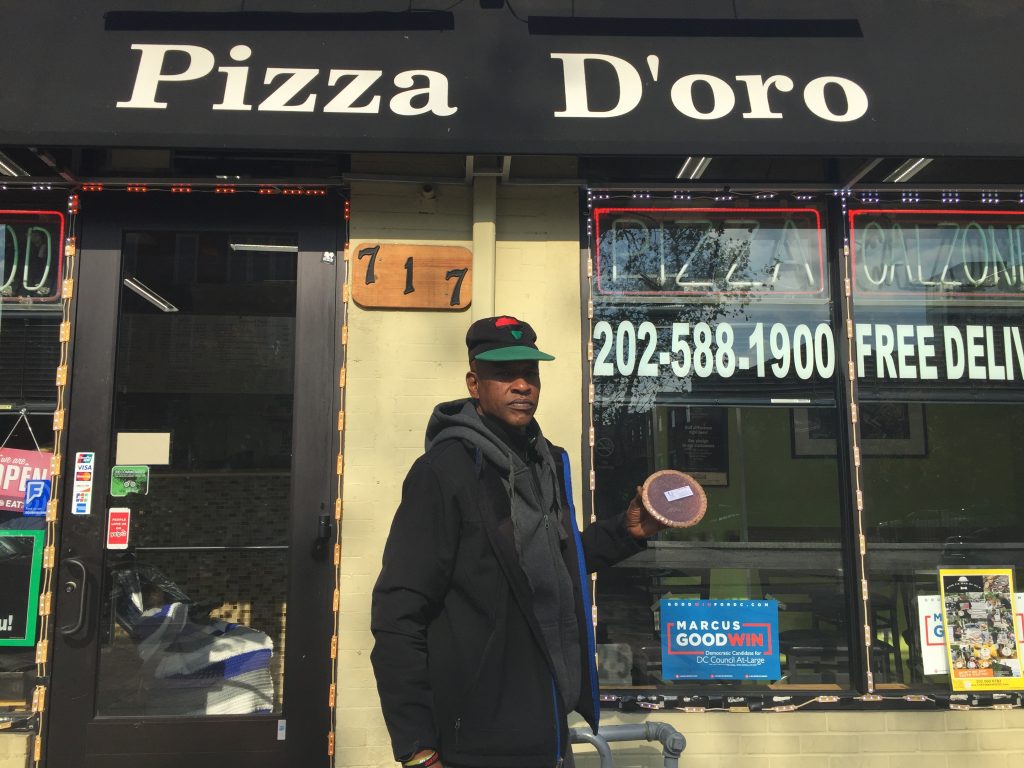 “Black people respond when you have a good product…If the people don’t stamp it, you’re done,” said Carvelas. Along with strong ties to the black community, bean pies also have rich health benefits.

The main ingredient in a bean pie is the navy bean. According to whfoods.com, “it is one of the healthiest foods one can consume.” The bean is fiber rich and full of energy producing minerals such as iron, copper, manganese and vitamin B1. Historically, the bean dates back to Peru where it was a common staple food. Today, whfoods.com reports, “this bean is popular in India, Brazil, China, and the United States [where it is made into pie].” According to The Pie Man of D.C. the bean pie is a far healthier option, in regards to other holiday favorites.

Be sure to grab a bean pie from either The Pie Man himself or any local store this Holiday Season.