Imagine walking out of a salon with hair that looks worse than it did when you walked in. ‘Does she know how to use a flat iron,’ you wonder as you pat your head in bewilderment. It’s a scenario almost every black woman knows too well. Swivel Beauty is working to change that.

Swivel Beauty is a free app that is digitizing the hair salon process for black women by connecting them with local hair stylists who specialize in black hair. The list of services ranges from bantu knots to silk presses and even has options for those transitioning from relaxed to natural.

“We realized that the talent was out there, there just wasn’t an easy way to find it,” said Jennifer Lambert, co-founder of the app. “Once we came up with the solution that a simple app can serve as a database, we were like ‘oh yeah, this needs to exist.’”

Swivel first launched in New York City in August 2016 and was followed by a launch in Washington, D.C., a year later. Longtime friends and founders of Swivel, Jennifer Lambert and Jihan Thompson, already have their sights set on expanding. 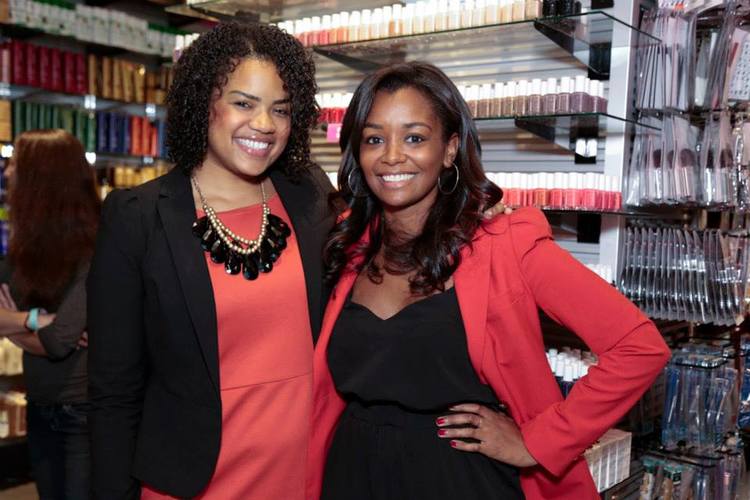 “We plan to go city by city so cities like New York and D.C. are a no brainier but also Denver and Boston where there isn’t as high a population of black women and for that reason it’s that much harder to find the right salon. We’re really trying to get everywhere,” continued Lambert.

The app took over a year to get off the ground. Their full-time careers occupied their days, so their evenings and weekends were dedicated to working on the development of Swivel. Lambert was a corporate lawyer and Thompson was a magazine editor at O. Although the duo lacked previous experience in beauty and tech, they felt drawn to the project and their effort has since monetized.

“The most rewarding part of the whole thing has been doing what we actually set out to do which is help women find the right hairstylist and help hairstylists find more women,” explained Lambert.

Her advice to young entrepreneurs? Keep working at it.

“It takes ten years to become an overnight success and in this process, I can really see how that is true,” said Lambert. “We’ve been at it for two years already and we’re just launching. We’re just getting attention and we still have so far to go, so I think it really just takes a lot of perseverance and patience and belief in yourself. Just go for it.”

Finding a hair salon catered to black hair in a new city can be tough—especially on a student budget. Swivel is streamlining the process.

Use code HILLTOP for 20 percent off your first service booked through Swivel. #YoureWelcome