As we close out the last full week of Black History Month, The Hilltop highlights eight familiar faces that are the nations’ game changers who as athletes, activists, entrepreneurs, or entertainers are making a difference within their community by elevating the conversation of black identity, politics, and culture: 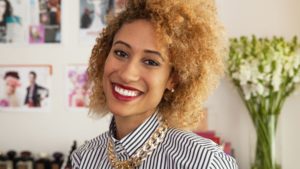 At 29, Elaine Welteroth is the youngest person appointed editor-in-chief in Code Nast history and is the second African-American to do so. Before Teen Vogue, the California State University at Sacramento alumna served as Beauty & Style Editor for Ebony Magazine and a Senior Beauty Editor for Glamour Magazine. 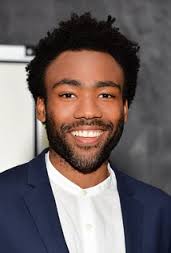 After writing for NBC’s “30 Rock”, then transitioning towards life in front of the camera as Tony Barnes in “Community”, while producing music as Childish Gambino, it seems Glover can do anything and everything. His successes from double Grammy nominee, Because the Internet, Atlanta’s Golden Globe for Best Musical or Comedy TV Series, Glover hasn’t recently really taken an ‘L’.

2016 might have been Glover’s best year to date. The New York University graduate released an album entitled “Awaken My Love!”, FX’s new series “Atlanta”, was casted to play Lando Calrissian in an untitled Han Solo film and “Spider-Man: Homecoming” although his role has yet to be disclosed. Glover’s talents has exceeded the entertainment industry. He is able to produce television shows and albums, including a baby boy.

Recently casted as Simba for Disney’s live-action “The Lion King” and Golden a Globe winner for Best Actor-Television Series Musical or Comedy, Glover’s vast talents has earned him a spot on this short yet comprehensive list. Glover ends Black History Month by receiving an additional accolade for Atlanta- NAACP Image Award for Outstanding Director in a Comedy Series. 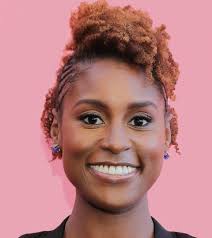 Creator, and star, Issa Rae, remains at the top of her game. As the lead female role of HBO’s new comedy series “Insecure”, viewers are lead through an infusion of hip-hop, love, friendship, and relatable contemporary black experiences. The half-hour program debuts at a time where African Americans are flourishing and thriving in the entertainment industry with the production of FX’s “Atlanta”, Netflix’s “Luke Cage”, and Berry Jenkins’ “Moonlight”.

Before her rise to notable fame, Rae’s foundation towards her success began in 2011 on Youtube as the creator of her own web series, “Awkward Black Girl” and with her recently published book entitled The Misadventures of Awkward Black Girl.

This past October, HBO in collaboration with Ebony Magazine hosted an “Insecure” HBCU Tour who came to Howard University for an advanced screening of the upcoming episodes in addition to a Q&A session dedicated to Rae’s journey towards the creation of Insecure. As a Golden Globe nominee for Best Actress in a Comedy series and with an upcoming and heavily anticipated season two, Rae lives up to the definition of fierce. Powerful, passionate, confident with an undeniable dosage of potential. 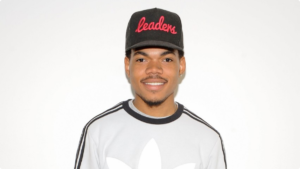 With his triple Grammy win last week, all for “Coloring Book”, Chance The Rapper has already made black history by winning and being nominated for a streaming-only album. From being featured on Kanye’s “Ultralight Beam”, John Legend’s “Penthouse Floor”, and contributing towards his own brother’s success in “Broad Shoulders”, Chance continues to spread his talent for the benefit of himself and others.

The Chicago native’s talent also reaches towards the community of Chicago and nationwide. During his Magnificent Coloring World Tour this past fall, he collaborated with the NAACP to bring a Voters Registration Drive to the show. Concert-goers had the chance to register to vote as part of the #StayWokeAndVote campaign. On the eve of Election Day, Chance led thousands of people in Chicago on a march to the polls entitled #ParadeToThePolls.

He co-created the Warmest Winter campaign in December 2015 where he raised over $1000 to provide 1000 EMPWR coats to Chicago’s homeless. The coats are water-resistant, self heating and can be transformed into a sleeping bag, all aimed at reducing death by hypothermia.

We can definitely say through his music and actions, Chance is a voice and a leader for social action. At only 23 years old, he is already shaping black history. 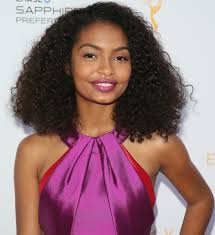 “Black-ish” actress Yara Shahidi has become a prominent figure through the years as she breaks down barriers for actors in film and television.

Being of mixed race (black and Iranian), Shahidi stood in solidarity with fellow immigrants during President Trump’s Executive Order “Protecting the Nation From Foreign Terrorist Entry Into the United States” in January. Taking it to Instagram, she reminded fans how the issue came a little too close to home as Iran was one of the countries affected.

“If my Baba was stuck in an airport because of a Muslim ban 39 years ago, he would have never fallen in love with my mama,” Shahidi continues. “I would not exist and I wouldn’t have two amazing brothers.. Xenophobia destroys the power of love and the power of our collective potential,” the actress states. “It creates a false sense of security for some and an environment of fear for others. Immigrants don’t threaten safety – stereotypical narratives that promote hate do.”

The 17-year-old will be in The District at an entertainment panel entitled ‘Diversity Dialogue Conference’ at Georgetown University on Saturday, February 25. 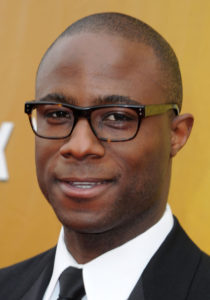 Six nominations. One win. For “Moonlight” director, Barry Jenkins, has already done well in 2017 and excelled-specifically in the month of black history. The Golden Globe winning film for Best Motion Picture-Drama chronicles the life of Chiron as he struggles to find his place within the rough neighborhoods of Miami.

One of Jenkin’s next projects will be adapting a novel focusing on the Underground Railroad focusing on a slave named Cora and her journey to freedom. The Florida State University graduate also plans to produce a screenplay on the life of Claressa Shields who won gold in Women’s Middleweight Boxing at the 2012 and 2016 Summer Olympics, making her the first American boxer, male or female, to win an Olympic title twice in a row. 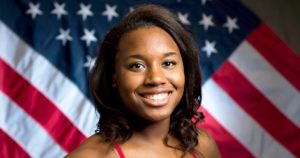 Simone Manuel made her mark at the 2016 Summer Olympics where she became the first African-American woman to win an individual Olympic gold in swimming (100-meter freestyle) and set an Olympic record and an American record of 52.70 seconds.

Deriving from Sugarland, Texas, a suburb of Houston, she currently attends Stanford University as a junior, where she swims for the Stanford Cardinals. She is a two-time individual National Collegiate Athletic Association champion, becoming one of the first three African American women to place in the top three spots in the 100-yard freestyle event in any Division I NCAA Swimming Championship.

An athlete in a sport tied to a legacy of racial tension, Manuel knew her win was also a win for black swimmers. After receiving her medal, Manuel advised others to take on the sport.

“Hopefully it will get them inspired,” Manuel said. “The gold medal wasn’t just for me. It was for people who came before me and inspired me to stay in this sport, and for people who believe that they can’t do it. I hope that I’m an inspiration to others to get out there and try swimming. They might be pretty good at it.” 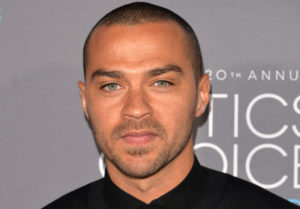 Best known for his role as Dr. Jackson Avery on Grey’s Anatomy, Jesse Williams has used his platform to bring light to important social and political issues. In June 2016, Williams won the humanitarian award at the 2016 BET Awards, delivering a speech highlighting racial injustice and police brutality.

Williams graduated from Temple University with a double major in African American Studies and Film and Media Arts. Williams is the youngest member of the board of directors at The Advancement Project, a civil rights advocacy group. He is also the executive producer of Question Bridge: Black Males, a media project, art exhibition, student and teacher curriculum and website, focused on the black male identity and the diversity within the demographic. He has written articles for CNN and The Huffington Post and has been a guest on CNN program, The Situation Room.