The National Association for the Advancement of Colored People’s (NAACP) “The People’s Inauguration”, an event to bring together youth, activists and influencers to organize and mobilize in response to President-elect Donald Trump’s administration, has been relocated to Metropolitan AME church in downtown Washington, D.C. 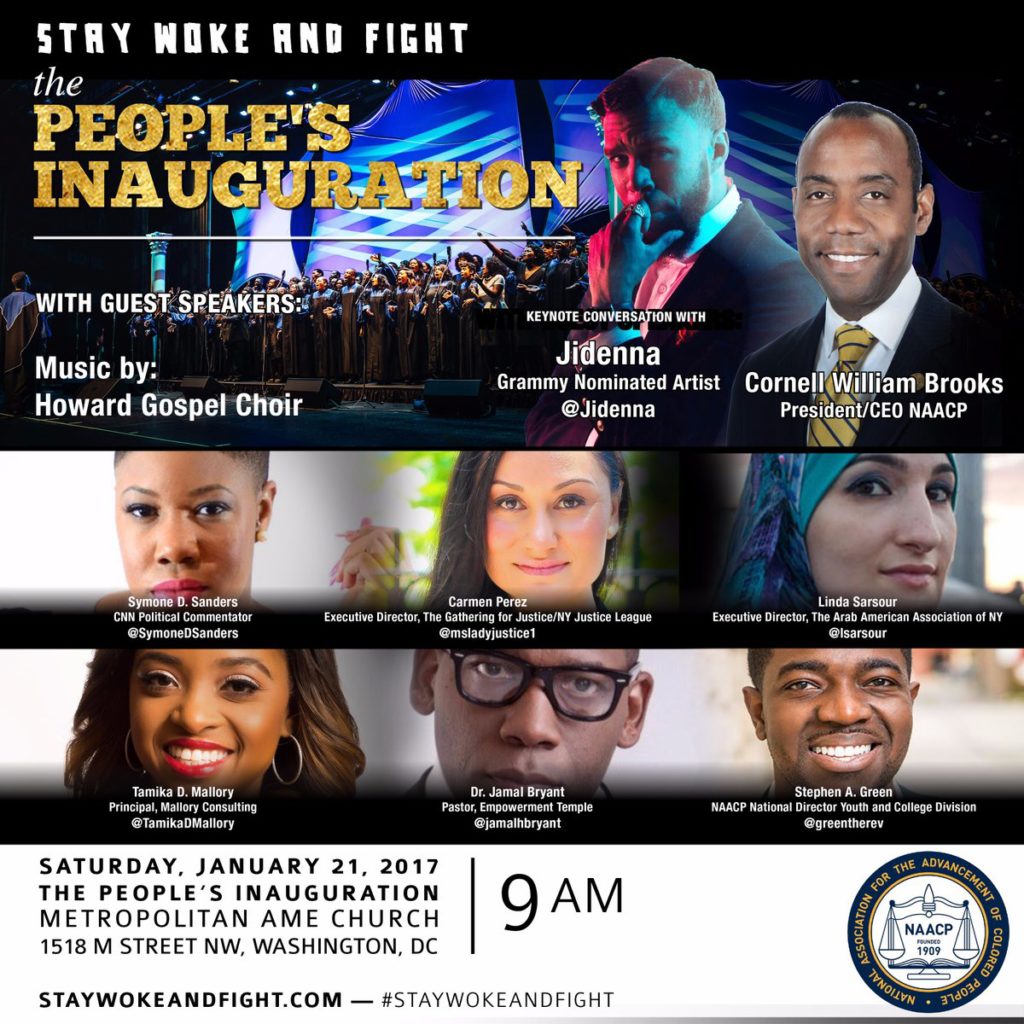 The event was originally scheduled to occur at Andrew Rankin Memorial Chapel on Saturday, Jan. 21, but over-capacity concerns within the chapel resulted in the venue to be changed. Both Kenneth Holmes, Howard’s Vice President of Student Affairs, and a representative from the Office of the Dean of the Chapel confirmed that the event would no longer be held at Howard.

According to the NAACP’s press release, members of the Youth & College division of the NAACP will gather for an early morning rally Saturday to launch a new era of activism and stand against threats to voting, civil rights, education and more under the new administration. Leaders of the youth wing of the civil rights organization, along with partners in Justice League New York and the Empowerment Movement will join together at the “People’s Inauguration” rally at Metropolitan AME Church, 1518 M St NW, Washington, DC 20005 on Saturday, January 21 from 9 a.m. to 11 a.m.

Hip-Hop artist Chance The Rapper was scheduled to attend the original event, but had to pull out due to a family emergency, according to NAACP representatives. Music artist Jidenna will be taking his place in part of a keynote conversation with NAACP President Cornell William Brooks on Saturday.

Following the event, members will join the Women’s March on Washington at Independence Ave and Third Street SW.