Laura Jack, who served as Howard University’s vice president of Development and Alumni Relations, has resigned from the position according to an official memorandum released in December before the holiday break. Her last day with the university was December 16, 2016. 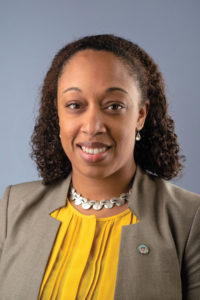 According to the memorandum, Jack’s accomplishments included an increase in alumni giving from 7 – 10 percent and was an integral part of the team that led the 2016 commencement exercise with President Barack Obama.

“She received full support and respect from my cabinet and will be missed,” said Frederick.

When attempting to reach out to Jack by email for comment, The Hilltop received an automatic response referring to other members of the department.

“It is an honor to join the Colgate family under the leadership of President Casey,” Jack said in the press release. “I look forward to telling the unique story of Colgate’s faculty and students.”

The Hilltop has reached out to a Howard spokesman to inquire about who will be replacing Jack and is currently awaiting a response.

In this article:campus, Howard Administration