In October 2016, administrators at the University of Ghana campus in Accra responded to concerns from both professors and students regarding a statue of Mohandas Gandhi that had been given to the university by the Indian president, Pranab Mukherjee. Students began petitioning the removal of the statue from their campus last September, citing some early letters that Gandhi wrote to the British empire in the early 1900s, which indicate the racist attitudes he held towards Black South Africans during his 21-year stay in the country. After a month of petitioning and over 1,000 signatures, Ghana’s foreign ministry decided that it would be best “to relocate the statue to ensure its safety and to avoid the controversy.”

So what does the removal of a racist memorial at another institution have to do with Howard University? Unfortunately, way more than one would think. In the downstairs section of Howard University’s Armour J. Blackburn University Center sits a commissioned piece dedicated to the commemoration of Mohandas Gandhi and Martin Luther King, mocking and deluding the consciousness of every wide-eyed student who ventures past it. In our own safe, Black space, we are celebrating the legacy of one of the world’s most well-known, passive-aggressive monsters! Mohandas Gandhi is often celebrated as a pioneering champion in the non-violent struggle for freedom for marginalized peoples. His relevance to the African-American community emerged at a time when we were striving to better our conditions, leaving us open to revering the Indian freedom fighter as one of the inspirations to our illustrious freedom-fighter, Dr. Martin Luther King, Jr. For those of us who face racism daily, “be the change that you wish to see in the world” stands as a breath of fresh air in the fascist smog that smothers America. 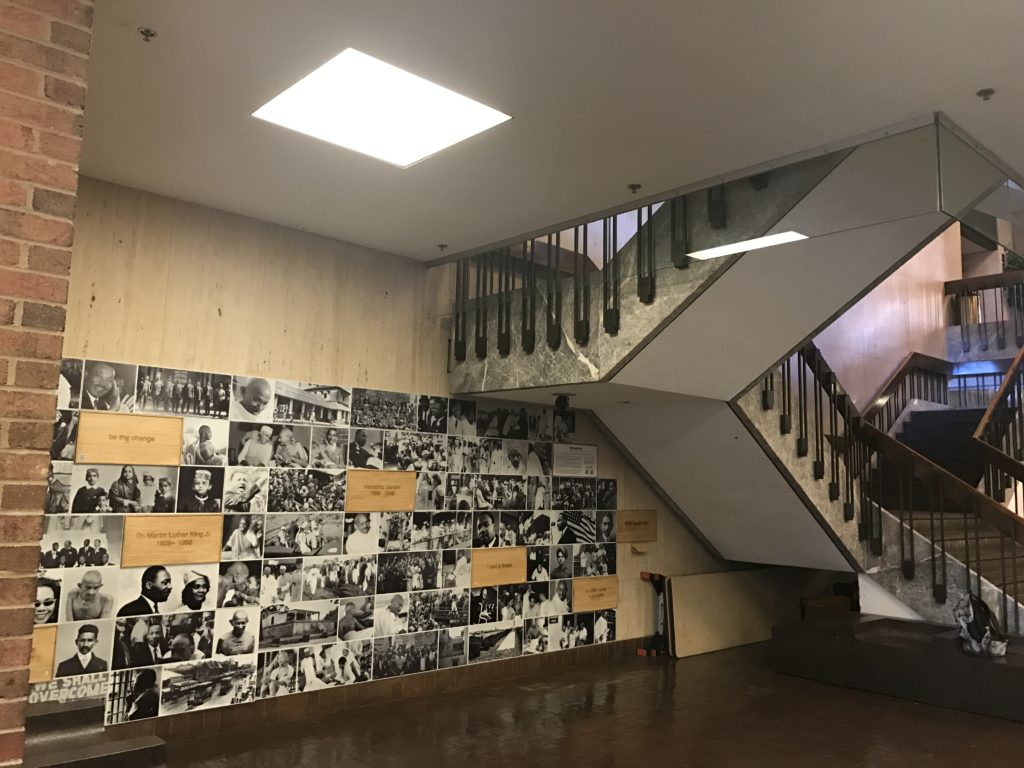 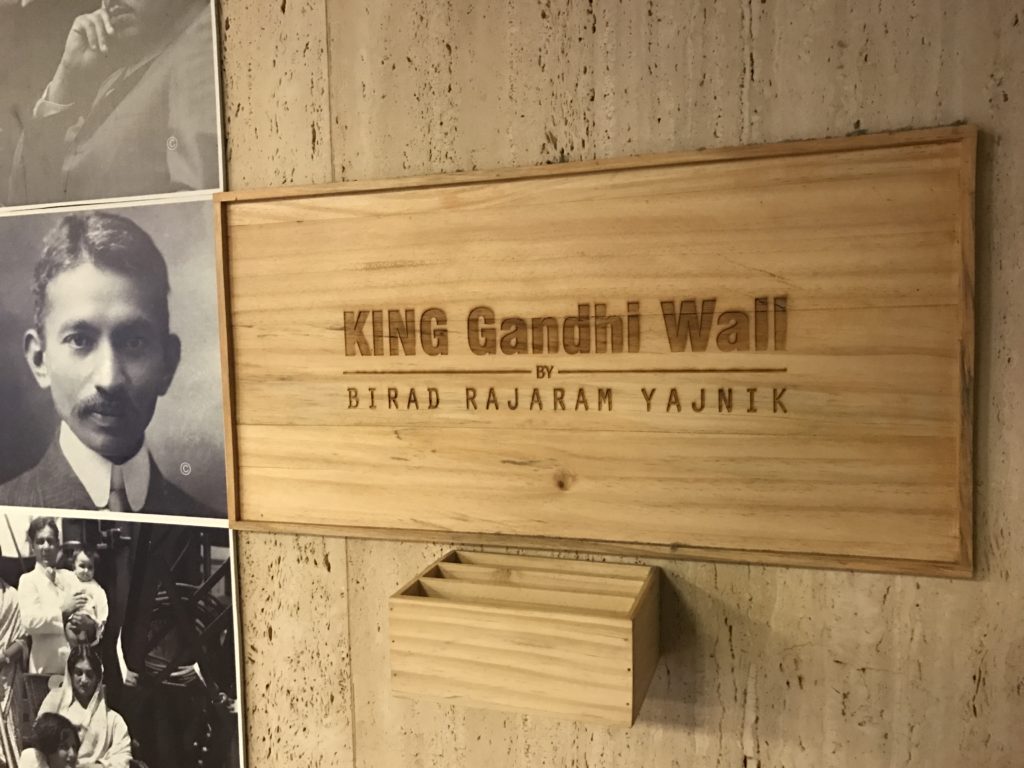 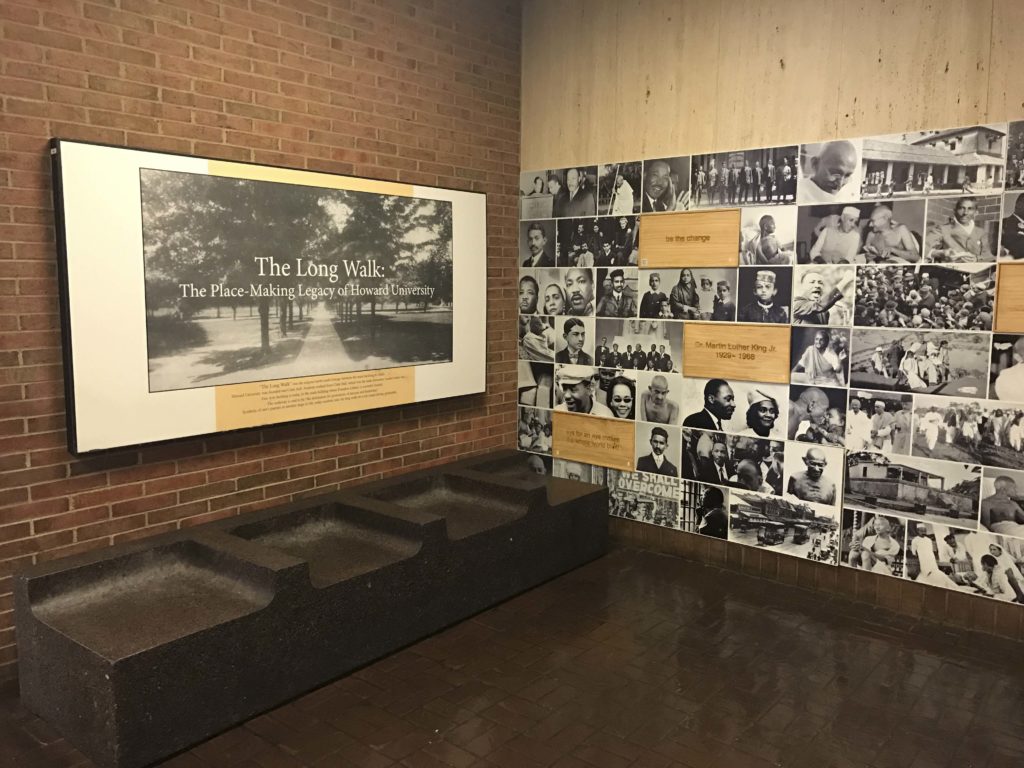 Unfortunately, Mohandas Gandhi was no “change!” In fact, he was merely a different shade of the same racism we had witnessed time and time again! In their 2015 book, The South African Gandhi: Stretcher-Bearer of Empire, South African academics Ashwin Desai and Goolam Vahed document letters written from Gandhi which expose his racist history:

July 3, 1907: “Kaffirs are as a rule uncivilized – the convicts even more so. They are troublesome, very dirty and live almost like animals…The reader can easily imagine the plight of the poor Indian thrown into such company!” (*Note: The word “Kaffir” is essentially the South African equivalent to the word “Nigger.”)

Most of the sentiments he wrote expressed his dislike for Black South Africans and his determination to not have the Indians treated like them or to live amongst them. As a student of the incomparable Howard University, I am disgusted with the fact that our administration allowed such an evil to infiltrate our Black space. Whenever students walk to the café, Gandhi’s eyes stalk us, dehumanizing our glorious Black skin and marking us as “kaffirs.” It is of the utmost necessity that his memorial be taken down (and the area should probably be blessed and saged) immediately! If we really are “The Mecca,” then racists should not be allowed to crowd our space! It takes away from what we claim to represent.

In November, the No Signal Natives started an online petition demanding that Howard University remove the Gandhi piece from the campus. I urge all concerned students and faculty to sign this petition and help rid our campus of this hate monger, because no amount of racism is too small to be checked! Even if “an eye for an eye makes the whole world blind,” I’d much rather be blind than have to look at Gandhi’s face.

In this article:campus, Column, Ghandi, MLK