After a long year of campaigns, rallies and debates, the time for Election Day had finally come.

Republican presidential nominee Donald Trump and Democratic presidential nominee Hillary Clinton entered the race nearly tied. Per the last polls released before the election by CNN, Democrat Hillary Clinton led her Republican rival Donald Trump by 3 percent, with 45 percent of votes.With an election as big as this, the voice of the millennial was extremely important.

The Hilltop interviewed a few students about how they voted for the election, as well as how they felt about the election as a whole: 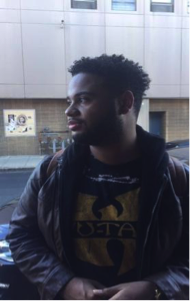 Kyle Jackson, a junior journalism student from Miami, Florida., expressed some of his thoughts about his vote, and the election in general. Kyle voted by an absentee ballot.

“I voted because it’s my civic duty as an American. I felt that my voice needed to be heard,” Jackson said. “I feel like this election as a whole is very crucial to the United States. The stakes are very high because the candidates are for two very different things. If the policy of either is carried out totally, it can affect the American people tremendously.” 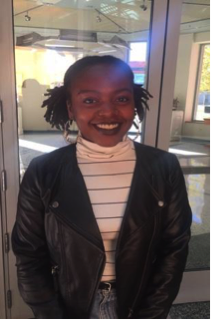 Nutritional Science (Pre-Med) major Kristyn Mitchell, who is a junior from New Castle, Delaware, said she voted for more than the sake of having her voice heard. Since she currently lives outside of her home state of Delaware, Kristyn completed an absentee ballot prior to Election Day.

“I believe my choice will have an impact on the future of our country. I also believe it’s my job to take advantage of the opportunity since the women before me fought for their right to vote,” she said. “I may not agree with either candidate, but I chose the one who would have the greatest impact on my well-being as a young African-American woman. 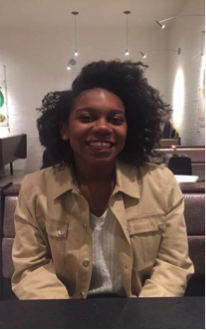 Sabrina Bey, a junior psychology major from Middletown, Delaware, voted by absentee ballot due to her being in school during the election. Explaining her feelings about the election, Bey said she voted to try to make sure that “an immature toddler known as Donald Trump” did not become president.

“Neither [of the two candidates] are going to be significant positive differences in the black community, but Donald Trump would definitely make a more negative impact,” she said. “Especially in the presidential debate when he supported stop and frisk which has already been determined to be unconstitutional.”

The 2016 Presidential Election had Americans on the edge of their seats. The biggest takeaway, however, was the idea that the student vote matters. November 8 was too late for surprises.