By this point, it’s common knowledge that “the War on Drugs” was little more than a systemic, institutional measure designed to disenfranchise Black and Latino communities. The initiative was a complex movement, which continues to unjustly impact its victims today. Layer upon layer of systemic obstacles compose “the War on Drug’s” strategy, making it difficult for many to fully comprehend. 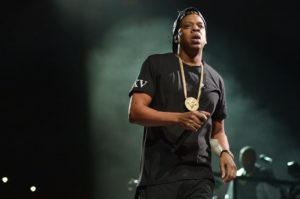 And yet, music artist Shawn “Jay-Z” Carter breaks it down conceptually in just under four minutes, as only a hip-hop icon could. Carter, along with producer Dream Hampton and artist Molly Crabapple, released an informative short film, “History of the War on Drugs: From Prohibition to Gold Rush,” which tackled policing, minimum sentencing and the recreational marijuana industry all within the context of racism.

Crabapple’s vivid imagery paints an all-but-pretty picture of the sociopolitical battlefield, while Jay-Z narrates the video with truth about the disparaging impact of the War on Drugs from Nixon’s 1971 declaration to Nancy Reagan’s “Just Say No” campaign and Clinton’s mass incarceration policies to the sudden boom of the recreational marijuana industry.

Carter, a former drug dealer, provides a first-hand account of sorts, explaining how poor people of color were demonized and handed misplaced blame for the destruction of their communities.

“Drug dealers were monsters; the sole reason neighborhoods in major cities were failing,”Carter explained. “No one wanted to talk about Reaganomics and the ending of social safety nets; the defunding of schools and the loss of jobs in cities across America.”

“Young men like me who hustled became the sole villain and drug addicts lacked moral fortitude.”

Although word of Carter’s involvement with drugs isn’t new to Jay-Z fans, this particular narration is able to serve a new function as a primary source which both humanizes and decriminalizes those serving time for nonviolent drug offenses.

Societal perceptions of both drug dealers and users have been linked to moral bankruptcy since these policies were implemented, but the modern-day legalization of weed and sympathetic approach to the white community’s heroin epidemic exposes this perception for the racial double-standard it is.

While Black drug dealers have been shut out of one of America’s fastest-growing industry and Black users have been demoralized, white dealers have been championed for their “entrepreneurship” and white users’ overdosing has prompted compassionate language and rehabilitation approaches.

Beyond Gold Rush, we hope Carter continues his activism against the War on Drugs, because although the Fair Sentencing Act of 2010 made important policy changes in the defining of crack cocaine and powder cocaine and President Barack Obama has commuted the drug sentences of hundreds of nonviolent felons, a peace treaty is not seeming to be in the near future of this War on Drugs.

In this article:Culture, Jay-Z, War On Drugs