On Saturday, Sept. 10, Howard University students and faculty from the School of Communications’ Department of Media, Journalism & Film took part in National Black Female Photographers Day by joining a photo-walk with professionals in the field. Southeast D.C.’s Capitol Riverfront neighborhood served as a photographer’s playground as scenes from interest points such as Nationals Stadium and The Yards Park captivated the group. 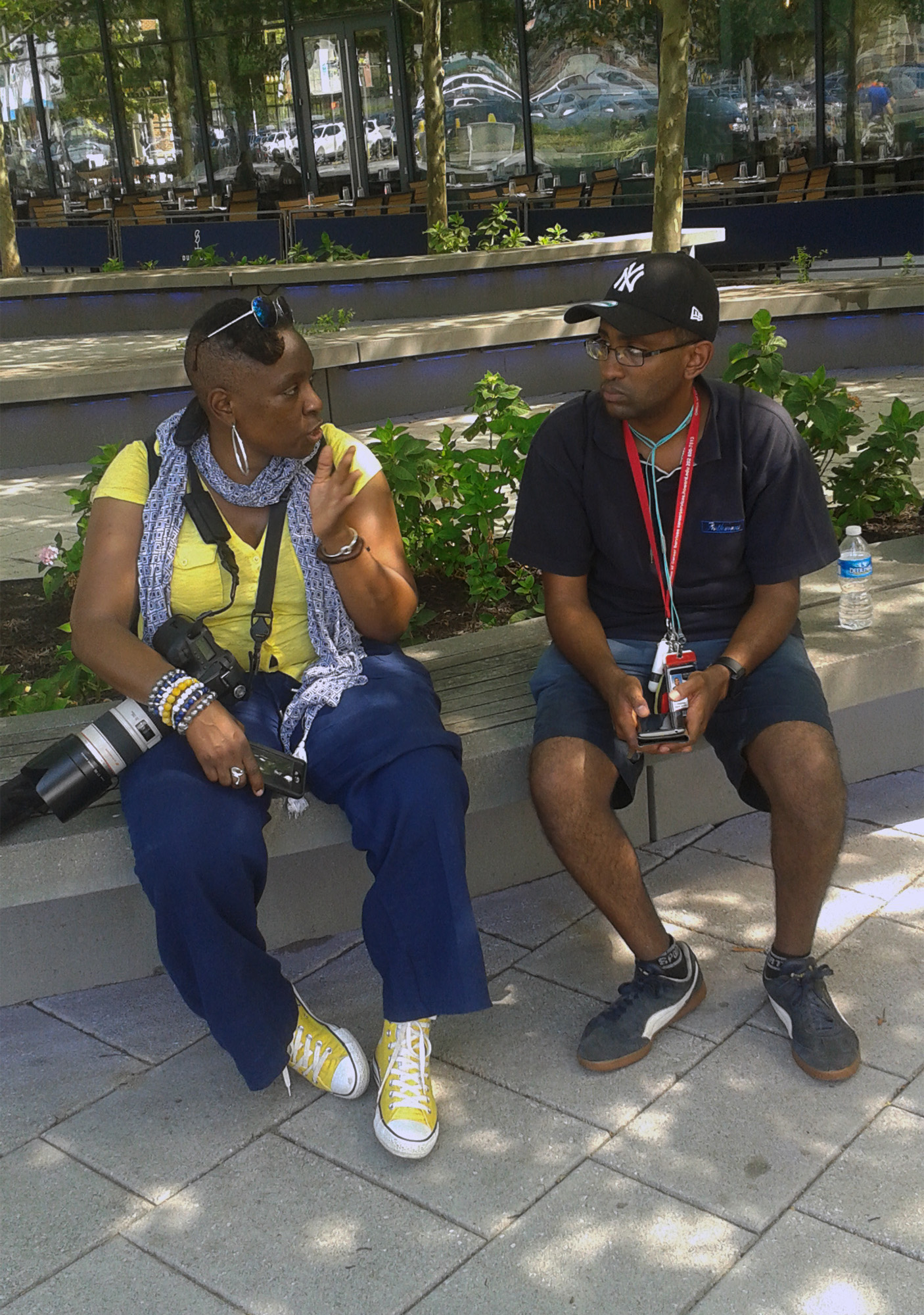 Dantha Delawy (left) a member of the Black Female Photographers group in Washington, D.C. talks to Howard University student Leaynet Sahilu about photography during a break. (Photo by Sytonia Reid) 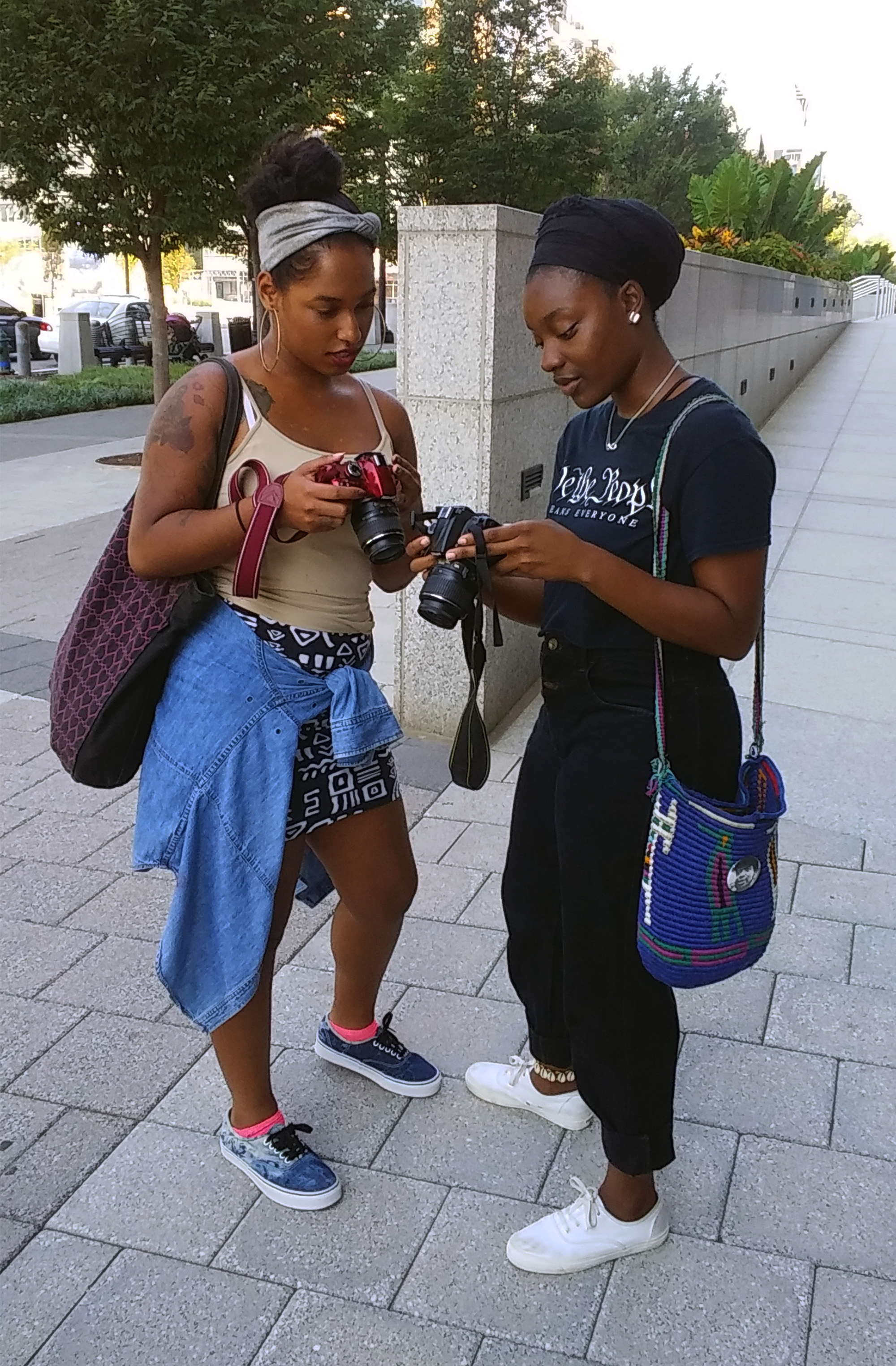 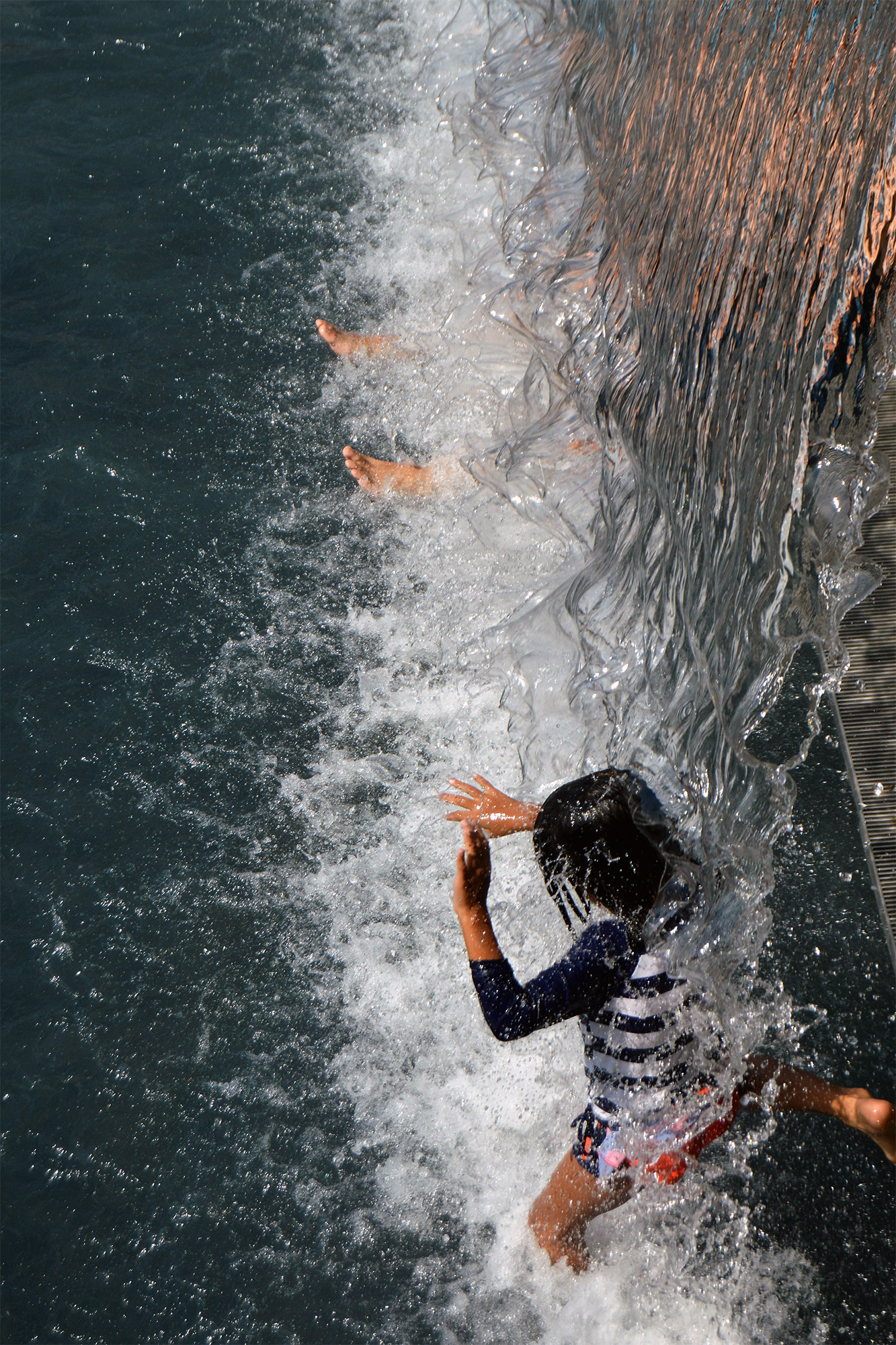 A little girl playing in the small waterfall in the Navy Yard area. (Photo by Kyndal Buchanan) 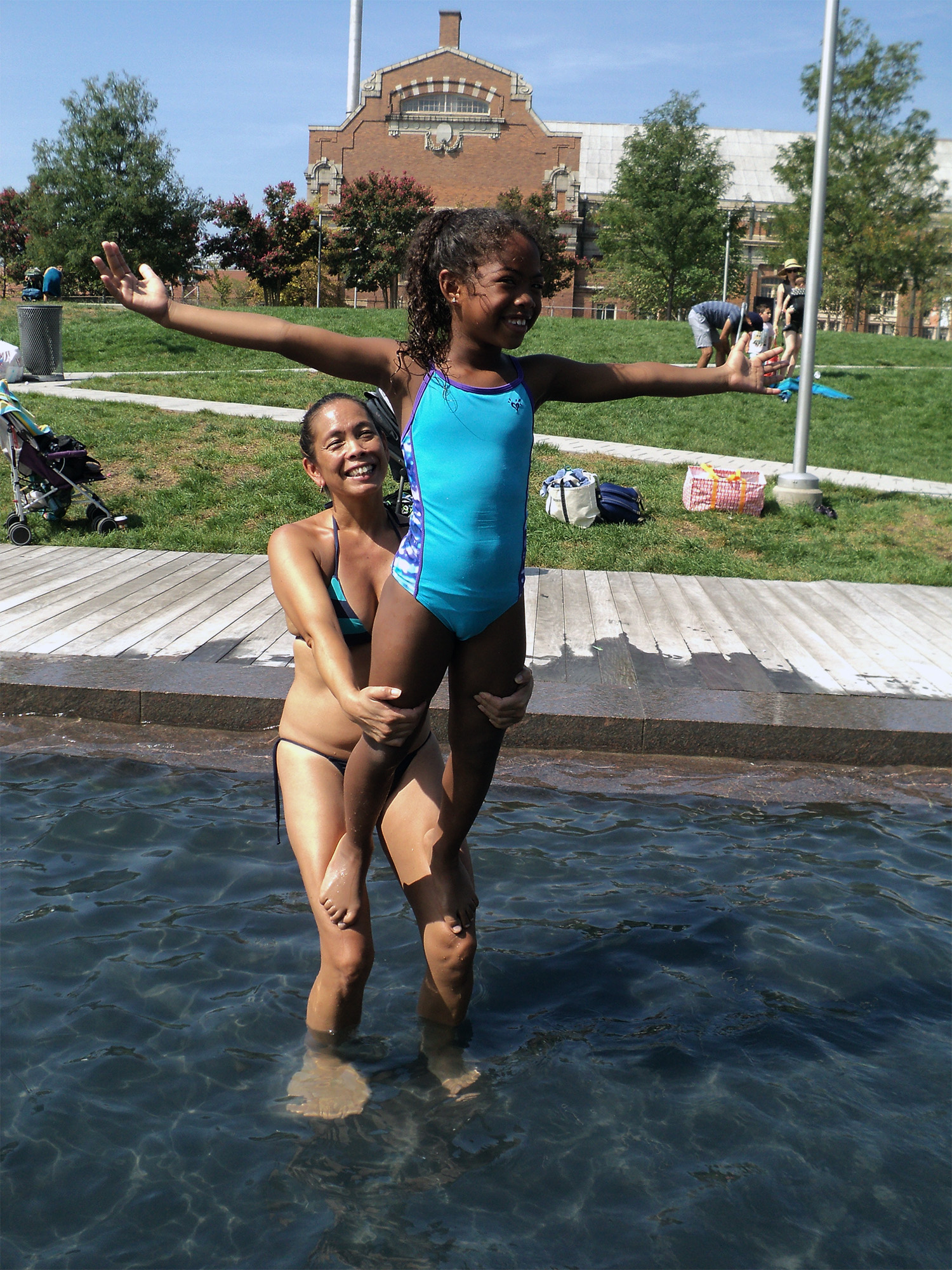 A mother and daughter playing in the small waterfall in the Navy Yard area. (Photo by Leaynet Sahilu) 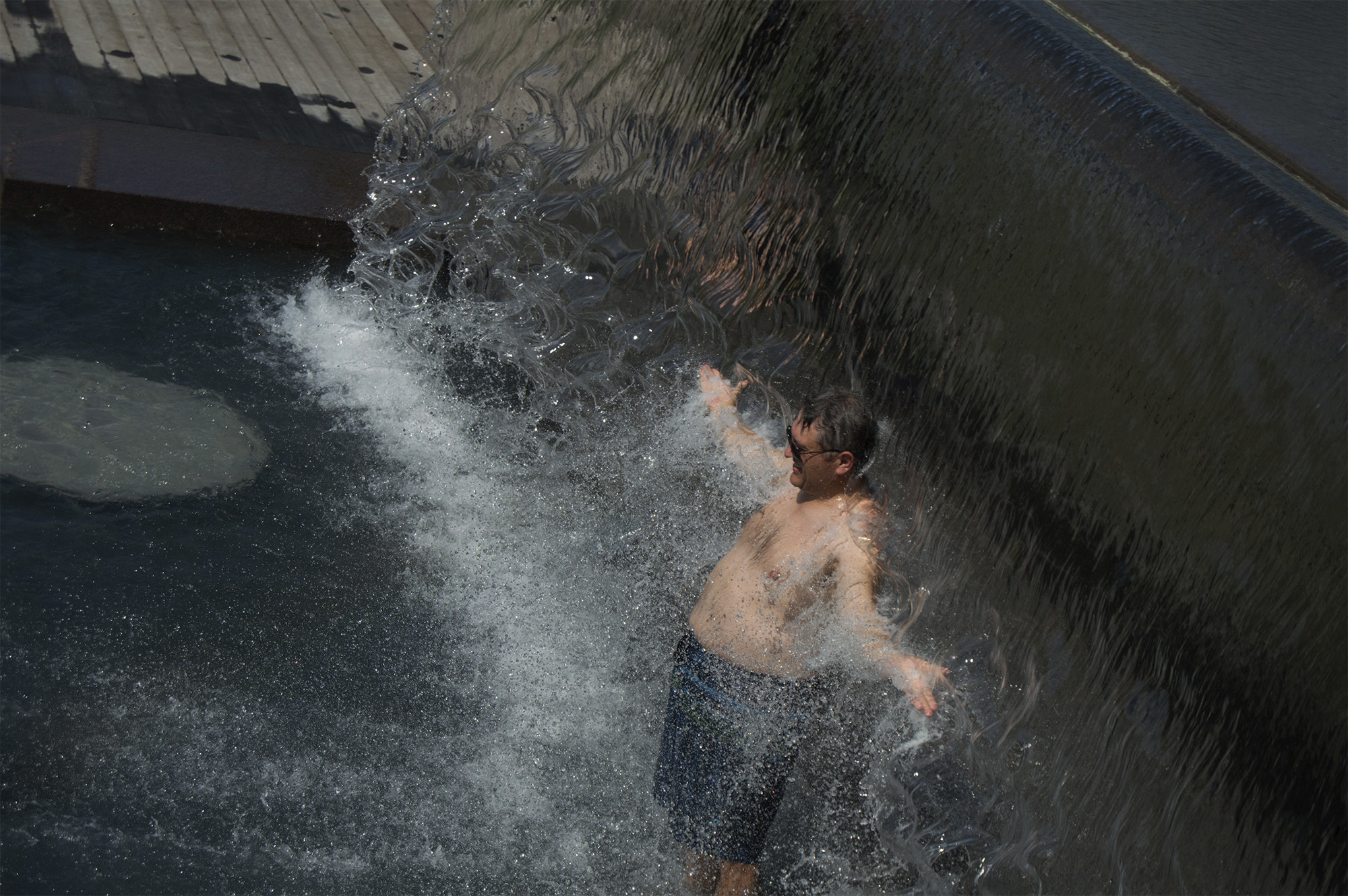 A man playing in the small waterfall in the Navy Yard area. (Photo by Kyndal Buchanan) 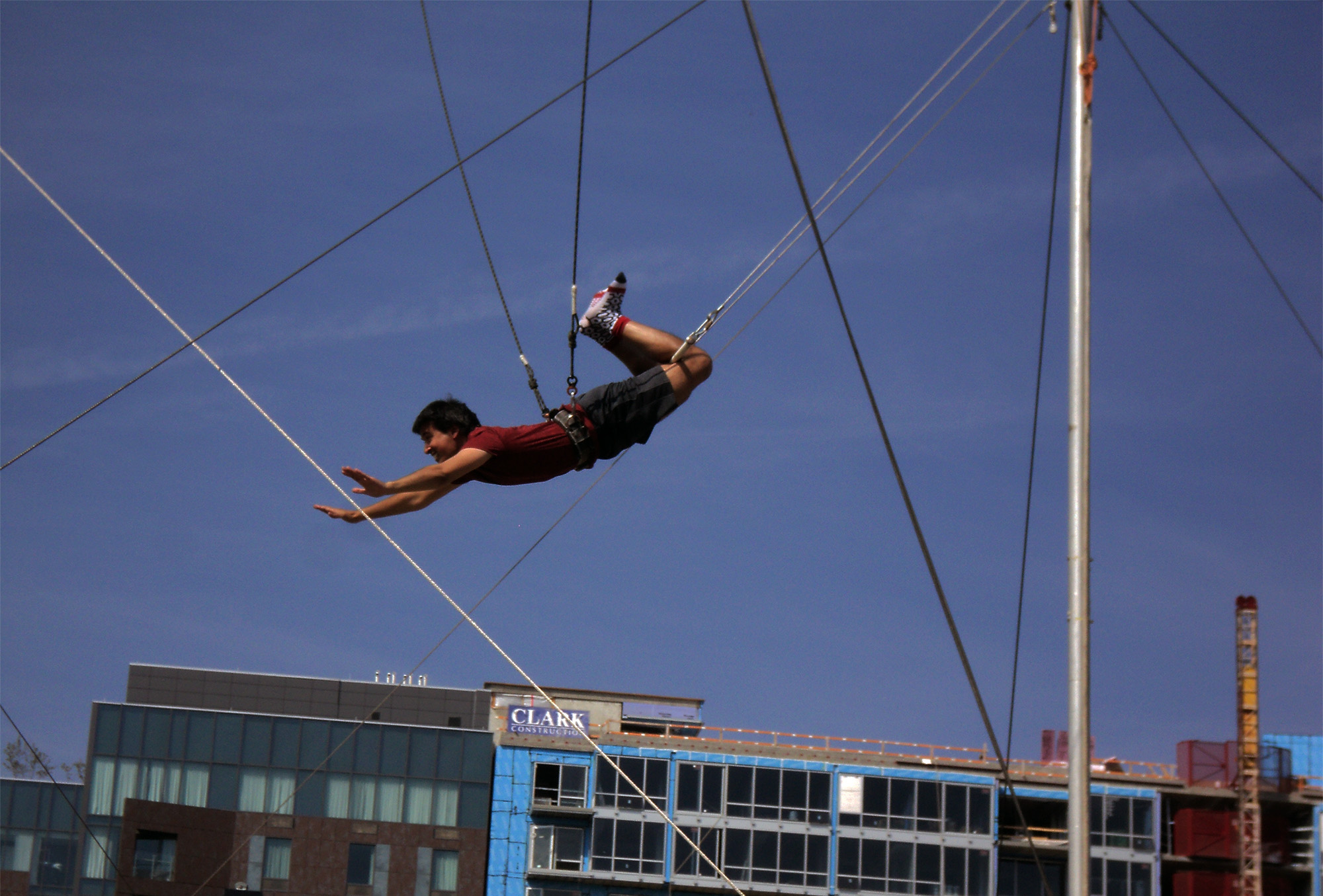 Several people swang on high ropes and played on the zip line in the Navy Yard area. (Photo by Leaynet Sahilu) 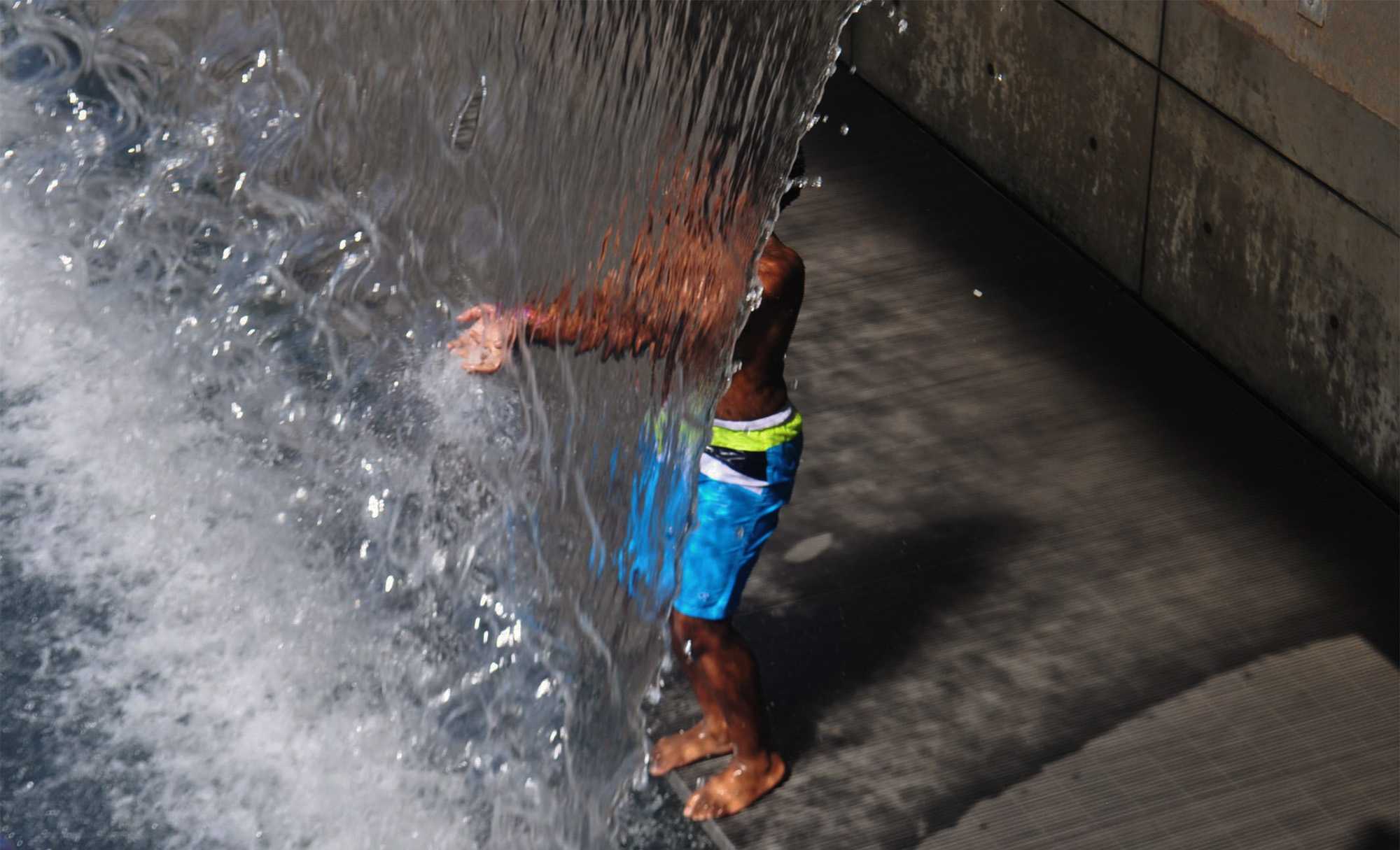 A young boy plays in the small waterfall in the Navy Yard area. (Photo by Alexa Imani Spencer) 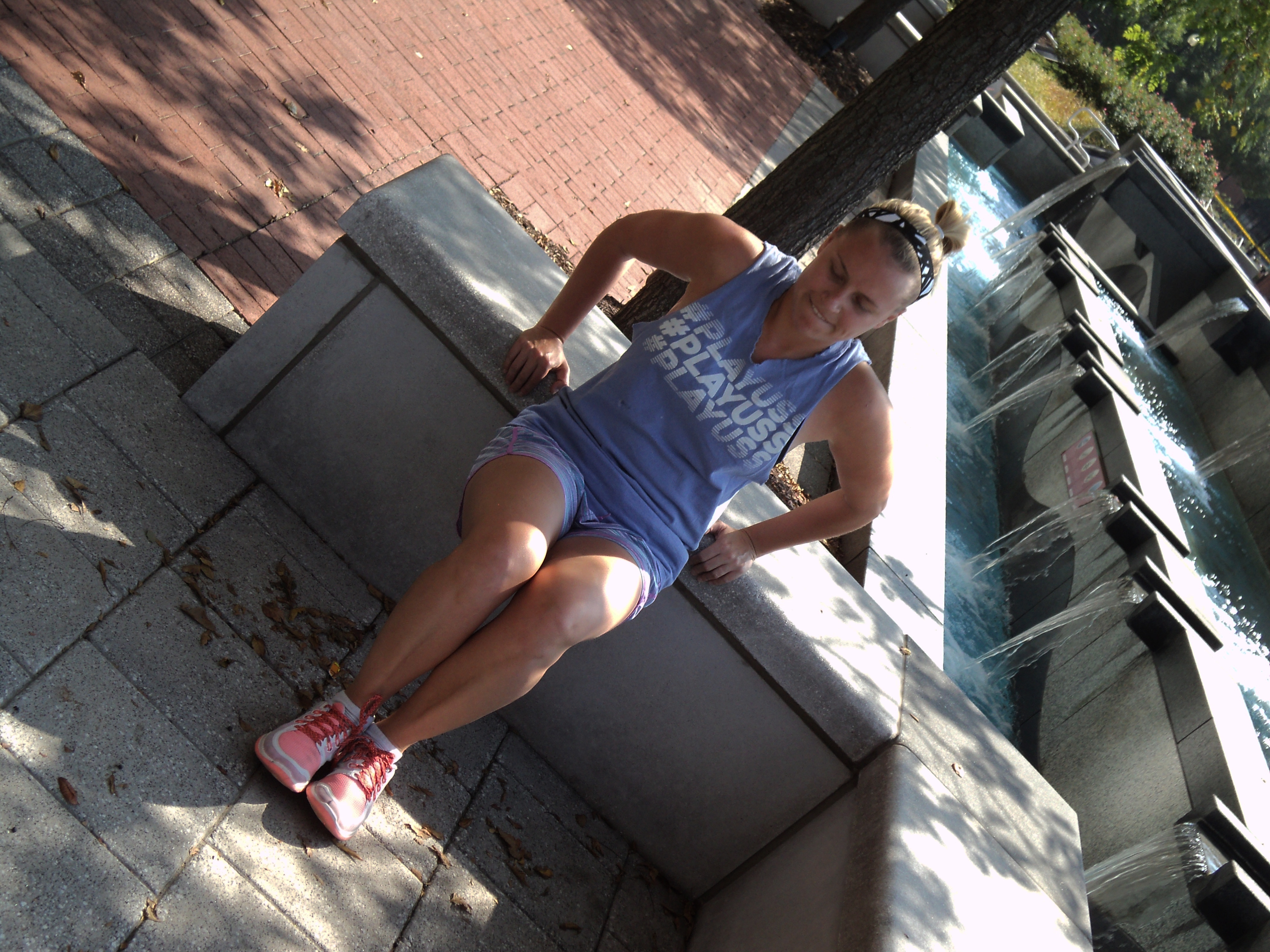 A young women begin her morning exercise routine on Saturday morning near the Navy Yard area. (Photo by Leaynet Sahilu)

The photo-walk, organized by the Black Female Photographers (BFP), provided seasoned professionals, part-time ‘hobbyists’ and budding students with valuable information about the photography field as well as the opportunity to network with other photographers working in the D.C., Maryland and Virginia (DMV) area.

“Today is a photo-walk, we’re all out here, we’re just kind of finding the moment,” said self-proclaimed photography “hobbyist” and Library of Congress employee Kimberly Powell from Summerville, Virginia. “If you see a photograph, take it. If you find someone who knows a little something, you spend a little time with them.”

“They are great tutors, without actually being tutors because they just offer so much. You can ask any question and within a minute someone will have answered that question,” said Phyllis Bellamy, a part-time photographer and D.C. resident.

Under the guidance of Howard University journalism professor Milbert Brown, students got the chance to practice their own photographic skills while picking the brains of those who have experience in the art.

Curiously enough, though coming from a 90-year long family legacy of photographers, tour leader and D.C. native Arlie Visions describes her introduction to the field as a matter of accident in which a filming finger slip resulted in a still life photo that went viral. Since that time, Visions has sought an in-depth knowledge of photography that she shares through outlets like Black Female Photographers.

From composition to angel strategies to camera features to genres and styles, the intimate group of 12 that joined the photo-walk explored various topics centered around the state of photography, the emergence of cellphone journalists and photographers being a sure conversation-starter.

“Peoples’ experience when they’re watching a film, you would think that it would be all of the visual—it’s not,” said Visions. “70 percent of it is the audio, and so people are willing to forgive bad imagery over bad sound. So, it creates this acceptance for photography to be less than on par.”

Within the American context, the field of photography is still largely dominated by Caucasian men. According to the Association of International Photography Art Dealers, a database study shows a 3:1 male to female ratio of working photographers.

While some professionals at the photo-walk felt that the popularity of cellphone photography was undermining the artistry, others believed the direct access to documentation and media technology allows for more incoming diversity into the field.

“I can see it both ways. I think it does dilute the craft in some sense, but on another hand I think it’s so cool that more people are getting into photography” said Powell.

Greater gender and culture diversity in the looks promising in the field looks promising as upcoming photographers, filmmakers and media producers continue honing their talent.

“I think that photography in America will always be diverse because this country was built on diversity. I don’t think there’s always equal representation […] but artists throughout the country are definitely making an effort to include their own cultures and others as well,” said sophomore journalism major Alexa Spencer from Austin, Texas.

Students also shared ideas for the ways photography can be used for their own unique purposes. Freshman film major Leaynet Sahilu from Boston, Massachusetts spoke of his intrigue for historic sites and landmarks.

“I have taken pictures of historical landmarks like the Berlin Wall and Brandenburg Gate in Germany. I had been watching a lot of those landmarks on TV and I had the chance to see it for myself and take a picture of it,” said Sahilu.

“I was thinking of art therapy, so maybe using my pictures to help my patients their emotions or convey them through photography,” said junior psychology major Kyndal Buchanan from Chicago, Illinois.