On Saturday, September 17, the Howard Bison faced the Hampton Pirates in their season opener at the 2016 AT&T Nation’s Football Classic. With the battle of “The Real HU” at hand, the matchup was more than a game. Despite the preparation and practice, the Bison lost to the Pirates for the second year in a row.

[SEE OUR HIGHLIGHT COVERAGE OF THE 2016 AT&T NATION’S CLASSIC ON OUR INSTAGRAM: @THEHILLTOP1924] 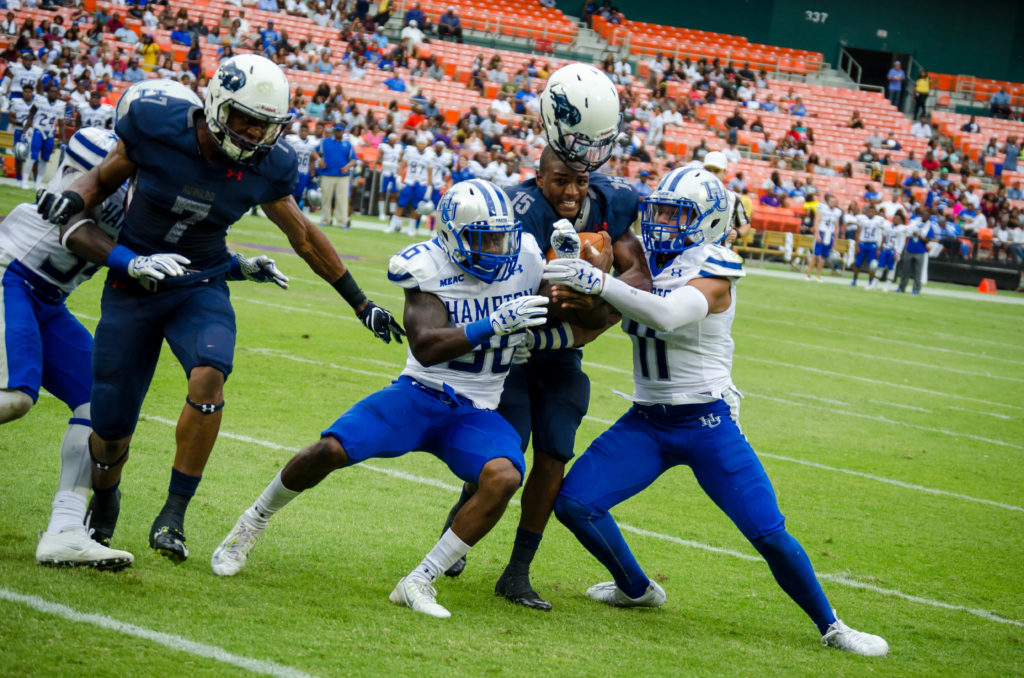 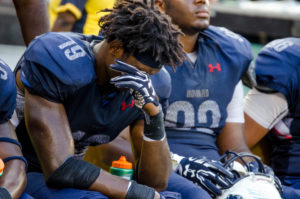 The Hampton Pirates returned from the locker room dominating on the field. Freshman defensive back Bruce Perry returned a partially blocked punt 27-yards for the Pirate’s first touchdown. The Pirates kept dominating the scoreboard, scoring 24 points in the third quarter—Howard still at zero.

Throughout the game, both teams struggled with holding and receiving penalties. Hampton was the only team to recover.

“We have to eliminate those holding calls,” Bison head coach Gary Harrell said during the postgame news conference. “They had holding too, but they had good plays. We didn’t have those good plays.”

Howard struggled to run the ball effectively. The bad outweighed the good for the Bison in this year’s game.

To keep the game from being a wipeout, Howard running back Anthony Philyaw scored a touchdown for the Bison in the last quarter of the game. The Pirates defeated the Bison 34-7.

“We have to really watch this film and see what player is not giving maximum effort,” Harrell said. “I can accept losing, but not the way we [just] lost.”

In hopes of improving throughout the season and not seeing losses the way they did on Saturday, Harrell hopes to add new talent to the team from the quarterback to other positions.

“We have to find guys that can help us win ball games,” Harrell said.

Starting their season 0-1 in the MEAC and 0-3 overall, the Bison will face the Morgan State Bears (0-2, 0-0) on Saturday, September 24, at Hughes Stadium in Baltimore. 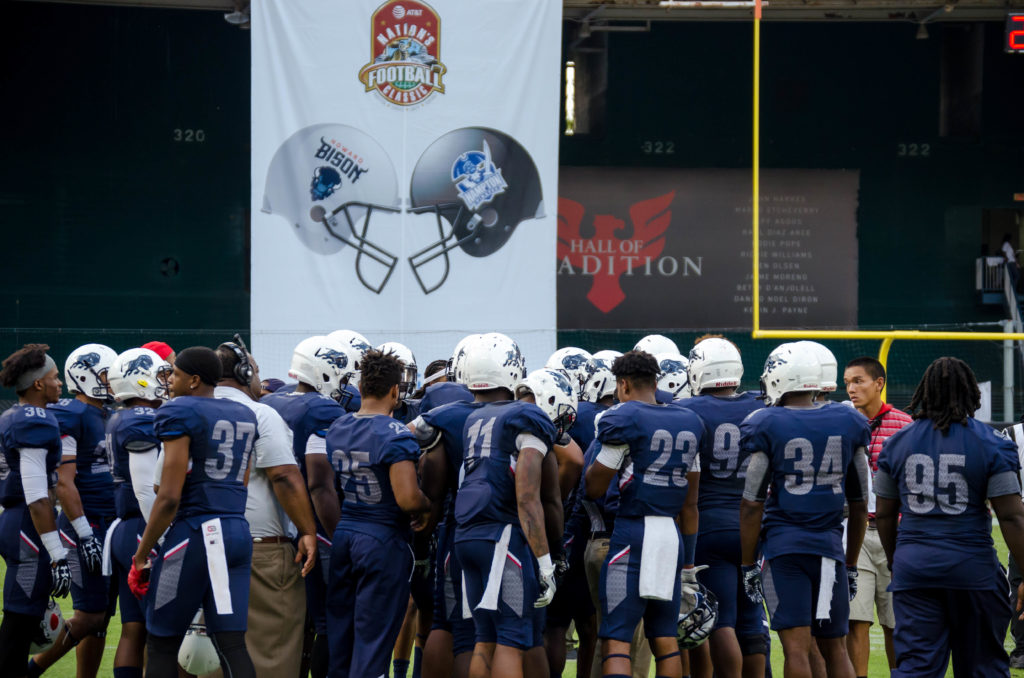