Residents who experience extreme flooding in Baton Rouge, Louisiana, were so devastated by the damages that the Red Cross deemed it the worst natural disaster in the United States since Hurricane Sandy. At least 60,000 homes have been damaged or destroyed, over 100,000 people have applied for government assistance and 13 people have been killed. 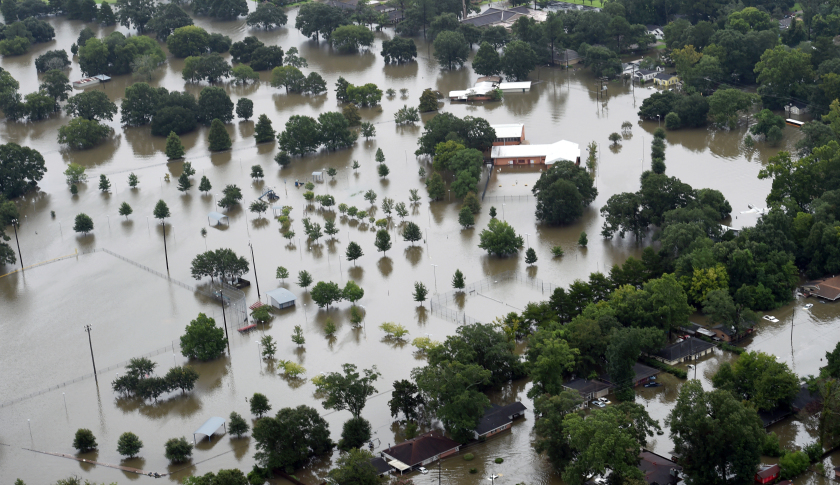 This aerial image shows flooded areas of North Baton Rouge, La., Saturday, Aug. 13, 2016. Louisiana Gov. John Bel Edwards says more than 1,000 people in south Louisiana have been rescued from homes, vehicles and even clinging to trees as a slow-moving storm hammers the state with flooding. (Patrick Dennis/The Advocate via AP)

Louisiana Gov. John Bel Edwards estimated over 110,000 homes suffered damage in the August floods and around 80 percent of those households affected didn’t have flood insurance. Edwards is also asking the federal government to assist with an additional $2 billion, of which, about $1.5 billion will be used to help with housing.

“Seeing areas you have friends, co-workers and family at fully submerged under water is a tough thing to realize,” said Melvin Cade Jr., a senior advertising major and resident of Louisiana who was forced to relocate to Baton Rouge after Hurricane Katrina. “Some of these people have been affected twice and many of the traditionally black areas in Baton Rouge were also affected.”

The state’s elected leaders have shared that Washington will step in to help with the recovery from the flood, however, concerns about when that will happen have risen.

Experts estimate the relief effort alone will cost at least $30 million, but that figure doesn’t include damage that has been done to personal homes, most of which are not covered by flood insurance. In fact, within some of the areas most affected, less than 1 percent of homeowners have flood insurance. 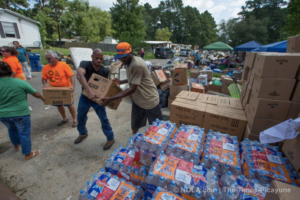 According to a report made by New Orleans, Louisiana (NOLA) News, Edwards and Louisiana’s congressional delegation must get President Barack Obama and Congress on board with at least some of their flood relief plan by the time the Senate takes an essential vote this Wednesday, Sept. 14.

While Louisiana may be over one thousand miles away, tens of thousands of people have been affected — including some Howard students.

“Louisiana students are part of the Howard community and we should always rally behind our Bison family,” said Devin Jones, a senior journalism major from Louisiana and president of the Howard University Louisiana Club.

Fortunately, most of these students are from New Orleans, which has suffered less damage, and the students from Baton Rouge were not hit directly.

“The flooding didn’t impact me directly, but it impacted a lot of friends and family,” said K’Neisha Adams, a junior elementary education major from Baton Rouge. “Knowing that I have friends and family that no longer have a place to call home hurts me deeply.”

“It breaks my heart. 2016 has been a rough year already and we’re not even nine months in,” she said.

“My home sits a little higher in my neighborhood, so we mostly stayed dry. About 3 blocks from my house there was water up to the stop sign, though,” said Cade. “Seeing pictures is nothing like seeing it in real life, it was very surreal to see places you pass by daily now filled with water.”

However, four Catholic churches in the Baton Rouge area were flooded, according to the Diocese of Baton Rouge, but those churches have enough insurance to cover the damages.

“I don’t see how some of the smaller churches are going to come around. But that’s a decision every church will have to make on its own,” said John Kyle, director of communications for the Louisiana Baptist Convention. “There are churches that are assessing their options at this time.”

An estimated 200 flood-damaged churches are across 20 parishes of south Louisiana, including 75 Baptist churches. Ministers have had to calculate the money, timing and labor necessary to rebuild with less support because of the church’s members, and the common source of funding, also are trying to recover after the flood.

Many Louisiana households will be making decisions about whether they can rebuild or to walk away from their homes over the next couple of weeks. This is due to the fact that many homeowners cannot wait until a congressional vote in November, to which they will find out if additional money is going to be available to help them recover, according to elected officials.

HU Louisiana Club members has made an active effort to aid the living conditions of those in their home-states.

On Sunday, Aug. 21, the club hosted a clothing and toiletry drive at the annual All White Party on the Yard, which according to the Louisiana Club, was a success as Howard graduating senior Devin Jones emphasized that “every little bit counts.”

The club followed up with these efforts with a candlelight vigil to remember the victims of this devastation, as well as those that have lost their lives during Hurricane Katrina.

“We had a Prayer Vigil on Aug. 29 for the 11th Anniversary of Hurricane Katrina, the Baton Rouge flooding and the police violence in Louisiana. We urged all to come out and support and share in the love and peace,” said Jones. 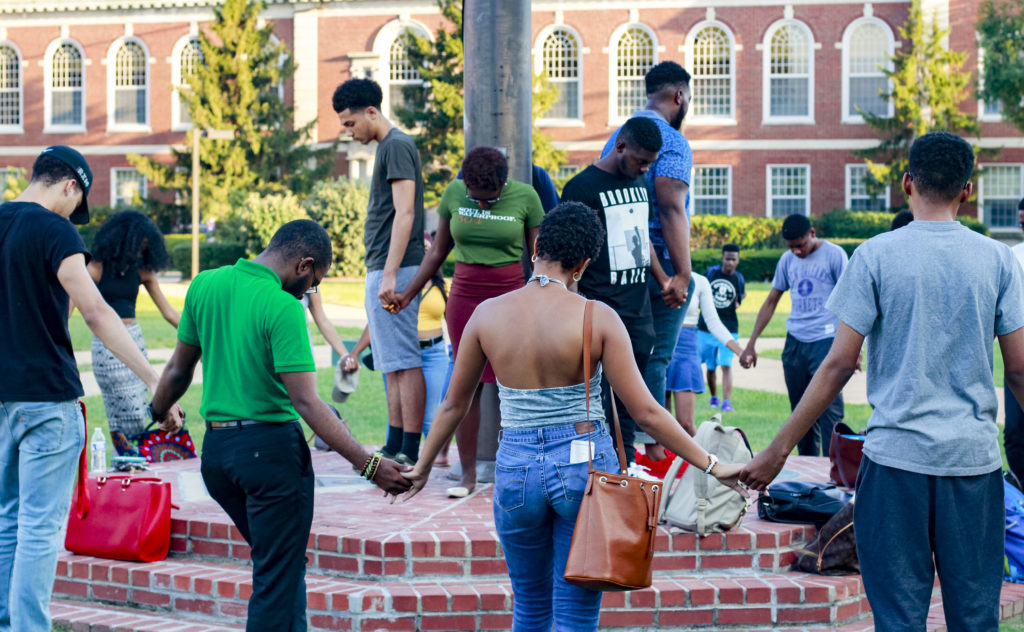 U.S. Sen. Bill Cassidy (R-La.) and Edwards hope that Congress approves the $92 million request from social services before the end of September. The money will then be used for mental health assistance to combat the nationwide depression that hit Louisiana homeowners.

“I’m optimistic we are going to get the full relief we are asking for,” Edwards said. “I’m just not sure when that’s going to happen.”

If one is interested in ways to aid this devastation, relief efforts from Louisiana Club have been scheduled on campus throughout the year. For further information, please contact Howard University’s Louisiana Club at HULouisianaClub@gmail.com.