“The heritage of the 990 is respected in the DMV,” said shoe designer June Sanders at an August 30 DTLR pre-release party held at popular restaurant venue, Lost Society.

DTLR, a DMV apparel, footwear and music retailer with over 100 stores across the country, introduced the DTLR exclusive 990 model New Balances and are currently only carried in DMV stores. Yet despite the exclusivity of this shoe, the uniqueness and quality of the product are forcing “sneakerheads” nationwide into a nascar-esque race for these kicks.

The DMV, also known as the nickname for a coalition of the District of Columbia, Maryland and Virginia, is the pulse of this often misunderstood world of sneakers.

While most of the sneaker trends the DMV has popularized eventually received nationwide recognition, affection for the 990 model of the New Balance is a love that for the most part has remained within the district. The District has previously birthed some of many of today’s popular sneaker trends, such as the Nike Foamposites and the Ray Guns .

Sanders, designer of the 990 New Balance model and product design manager for DTLR, said he aspires to push the shoe outside of its local celebrity.

“I always want to create something that feels right, and this felt right,” he said. The DMV 990’s might have felt right to Sanders, but what about the shoe-buying consumer market of DC and Virginia?

While the packaging of the 990’s is covered with detailed regional maps and flags incorporating the region as a whole, controversy has been raised over whether the design of the shoe itself only pays homage to Maryland.

So much has been criticized about the design of the sneaker that popular rapper and Southeast D.C. native, Marquis King, popularly known as “Shy Glizzy,” took to Twitter stating, “Whoever made those ‘DMV’ 990’s need to go back and remodel em. I don’t see D.C. nowhere in them.”

“The Maryland flag is the most pronounced,” Sanders stated when asked to respond. “The colors of the shoe and the flag together made for a more aesthetically pleasing product.”

Recording artist Fat Trel, a D.C. native rapper, spoke out about the controversy surrounding the shoe.

“[The shoe] represents the DMV as a whole… they just mean you’re representing, you’re putting on,” the rapper said. “I think [the shoes] are pushing our culture. I think they are very much appreciated. Shout out to New Balance, I can’t wait to actually put them on.” 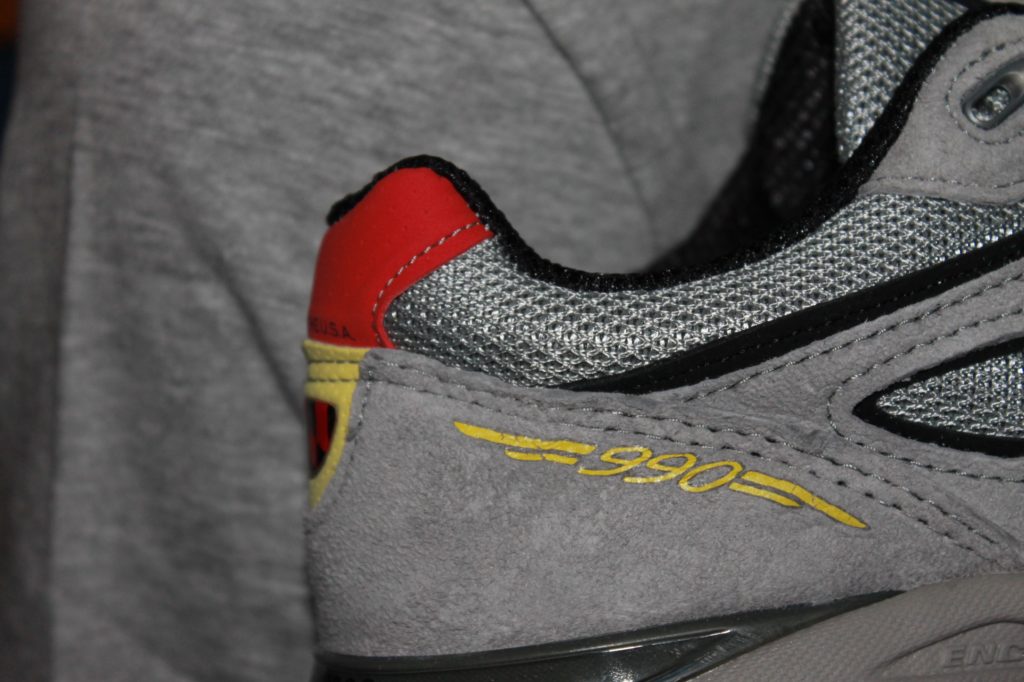