When the Moorland-Spingarn Research Center opened its doors for the first time in 1914, it was known to the Howard community as the Library of Negro Life, consisting of a small collection of and books and antislavery paraphernalia.

Today, the two-floor research center is recognized as the world’s largest and most comprehensive collection of documents dedicated to the preservation of African-American history and culture.

“If I could talk about [MSRC] enough, I would tell you what our pamphlet says,” said Dr. Clifford Muse, interim director of the research center, located in Founder’s Library. “The Moorland-Spingarn Research Center is truly the nation’s largest collection of black artifacts in the world.”

Before the advent of the age of technology, Moorland-Spingarn was one of the most effective vehicles by which Howard students could conduct research. In fact, a number of undergraduates, including author and former Howard student Ta-Nehisi Coates, made extensive use of its resources—that owed in part, perhaps, to his father, who was an employee of the center for more than five years. 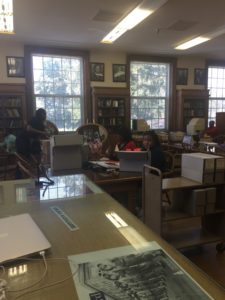 “Moorland held archives, papers, collections, and virtually any book ever written by or about black people”, Coates said of the value he placed in his time at Moorland-Spingarn in his novel Between the World and Me. “For the most significant portion of my time at The Mecca, I followed a simple ritual. I would walk into the Moorland reading room and fill out three call slips for three different works.”

The MSRC prides itself on its rich history, having been hailed “one of the world’s premier centers for the study of the black experience” by Howard’s library division. Among the most notable of its collections are more than 70 books and bound newspapers donated by John Cromwell, founder of one of the nation’s first black newspapers, The People’s Advocate and the national archives of Alpha Phi Alpha Fraternity, Inc., the first intercollegiate Greek-letter fraternity founded for African-Americans.

Yet, the MSRC and its staff have found themselves in a long period of adjustment, given Howard’s financial woes and a series of changes in leadership.

“There are only two major repositories in the world that document the global black experience,” said Howard Dodson, former director of the MSRC, in a past interview with the New York Times. “One of them, Moorland-Spingarn, is in a state of crisis.”

However, in the midst of the myriad issues it faces, the MSRC, like many of Howard’s establishments, is not going anywhere. Rather, it is evolving and looking to serve a new purpose within the Howard community.

If one looks around the reading room of Moorland-Spingarn in 2016, he or she will most likely see a very different use of the room’s resources than they may have since its founding.

Nayssa DeVora Davis, a freshman legal communications major, is like many current undergraduates in that she views the MSRC as more of a sanctuary than a true resource.

“I really enjoy spending time in Moorland-Spingarn mostly because it’s a quiet place where I can study by myself without any interruption,” said Davis. “I don’t really need to use the Dewey Decimal System it has available but I can appreciate the history it represents.”

The Moorland-Spingarn Research Center has come a long way from its humble beginnings. Today, its focus remains of compiling and preserving black artifacts while still making great efforts to remain relevant in the face of students’ changing interests.

“This place will be a hub of activity,” said Mr. Dodson, in reference to the center’s bright future. “Come back soon.” 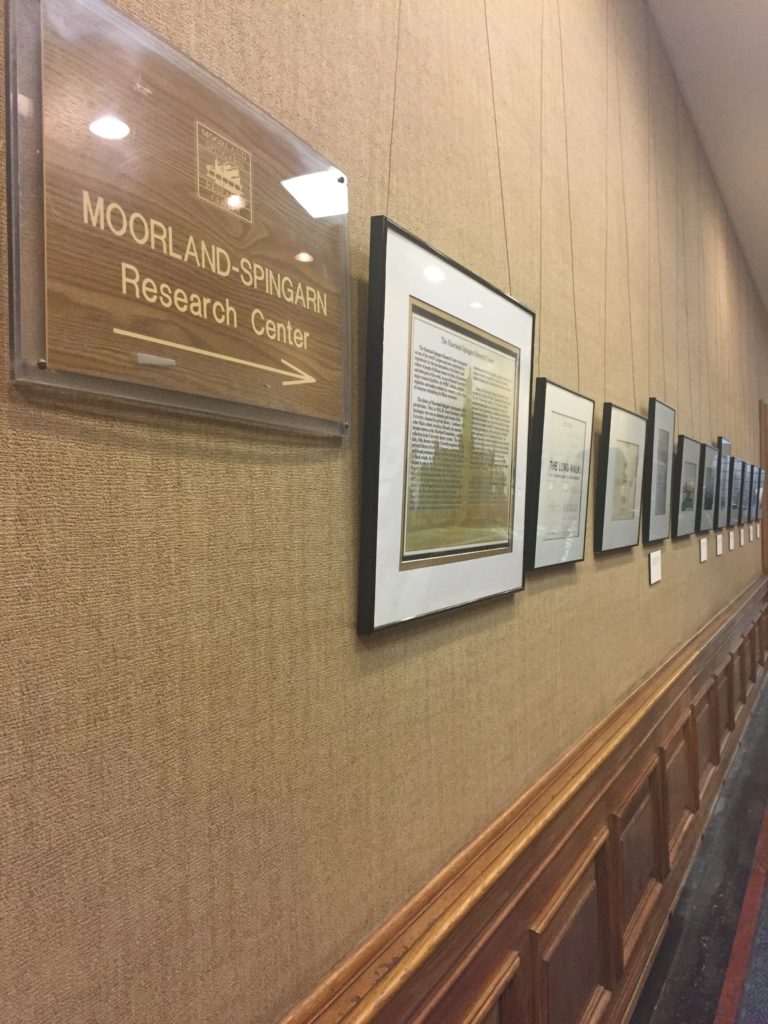