This became a talking point after his speech at a rally held in a predominantly white suburb of Minnesota, where he said, “You’re living in poverty. Your schools are no good. You have no jobs. 58 percent of your youth is unemployed. What the hell do you have to lose?” This sweeping generalization of the Black electorate has since been criticized by the Democratic nominee Hillary Clinton who tweeted:

This is so ignorant it’s staggering. https://t.co/t2fZl9sqKs

The Trump outreach project does not seem honest to many scholars of Black politics. Professor Lorenzo Morris, Ph. D of the Department of Political Science said, “He is not pandering to the Black community, he is pandering to moderate whites who think they don’t dislike Blacks.” He added, “Not that he does, but he wants to show that he can get the Blacks under control. I used to call it The Negro Controller. But he is piss-poor at it. He is so poor that the white people don’t even want to admit that he’s talking to them.”

Donald Trump’s campaign has been taking measures to reach out to Black voters for quite sometime now. The campaign hired Howard Alumna and former Apprentice contestant, Omarosa Manigault as director of African-American outreach. She made headlines this past week when she said, “Every critic, every detractor, will have to bow down to President Trump.’’ 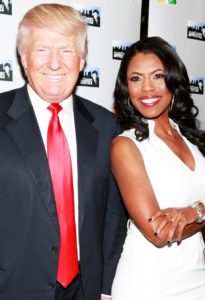 The Republican nominee is not the only one who has been vying for Black votes. Clinton has been criticized for pandering for Black votes as well when, during a mid-April appearance on a radio station targeted at the Black community, she said she always carries hot sauce with her wherever she goes.

Vann R. Newkirk II of the Atlantic said this regarding the statement, “It might not be any different if a politician were to awkwardly proclaim a love of fried chicken or watermelon in a speech at Howard University.”  However, the Democratic nominee has not discussed much about the issues of the Black community, presumably trying to keep her sizable lead in African-American support safe from controversy. 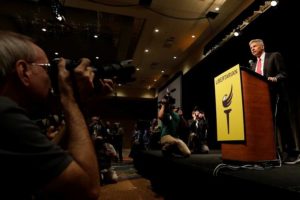 Green Party nominee Jill Stein has also been campaigning hard to gain Black votes. She has already proven her commitment to this cause by picking longstanding Black activist Ajamu Baraka as her vice presidential nominee. However, this Green Party VP candidate has recently been criticized for standing by his previous statements calling President Obama an ‘Uncle Tom’ during CNN’s “Green Party Town Hall” on Wednesday, Aug. 17. 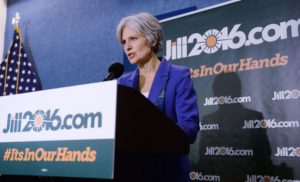 With election day fast approaching, the Black votes may be the key demographic that decides the presidential election.