You should already know things aren't always as they seem. #ExperienceBlueprint

Introducing BLUEPRINT: Recognizing the Past, Celebrating the Present, Embracing the Future #ExperienceBlueprint pic.twitter.com/w32g5GDV8P 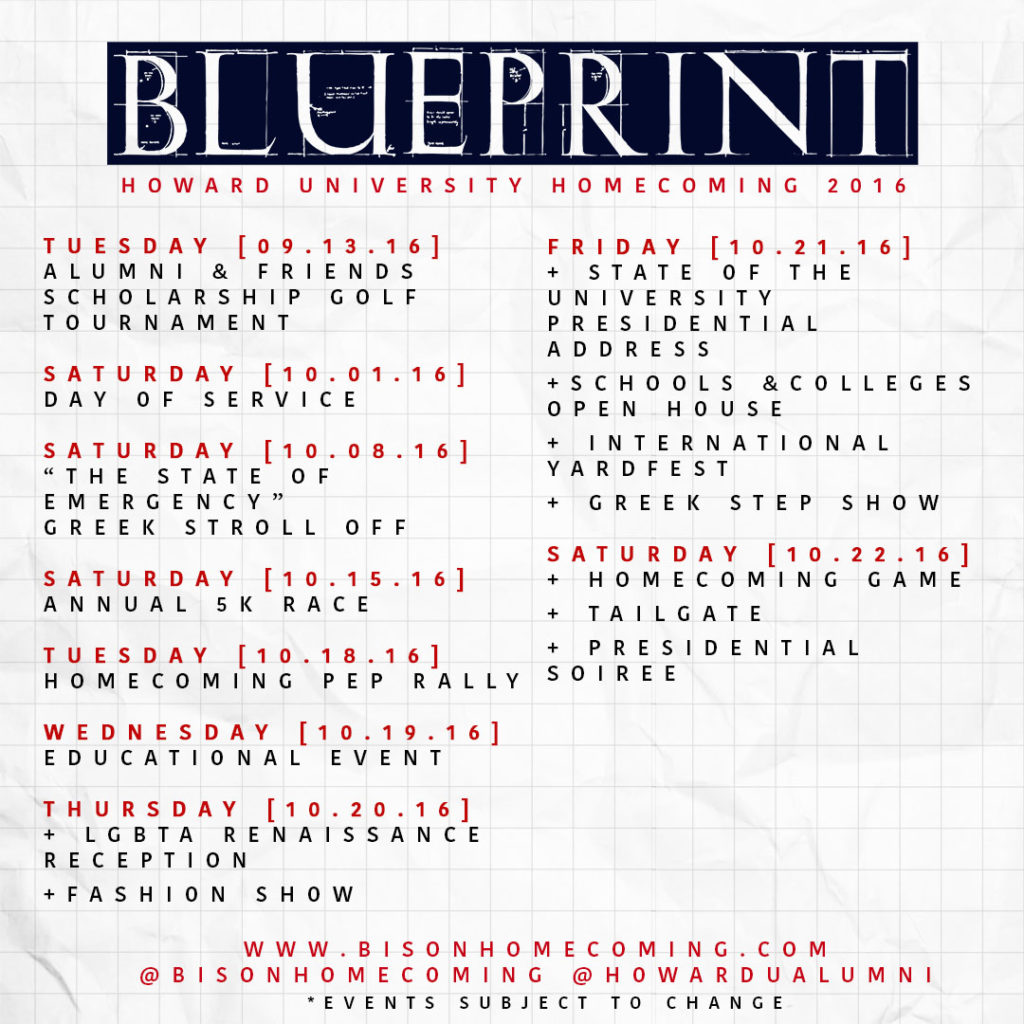 With this announcement, all eyes will be on this year’s homecoming committee, as previous years of Howard’s homecoming have been expressed with disappointment in resurrecting the “glory days” of Yardfest. Immediately after announcing the theme from Twitter, many students and alumni indicated concerns on the future of The Mecca’s well-recognized occasion.

If Howard really brings back yardfest this year.. 👀😴

[HOMECOMING at Howard by Ta-Nehisi Coates]

As usual, specifics have not yet been released as to who all will be in attendance during this year’s BLUEPRINT homecoming, but a representative from the committee expressed their confidence in the upcoming year.

[UPDATE: #ExperienceBlueprint Homecoming 2016 – What Can We Expect? (Prelude)]