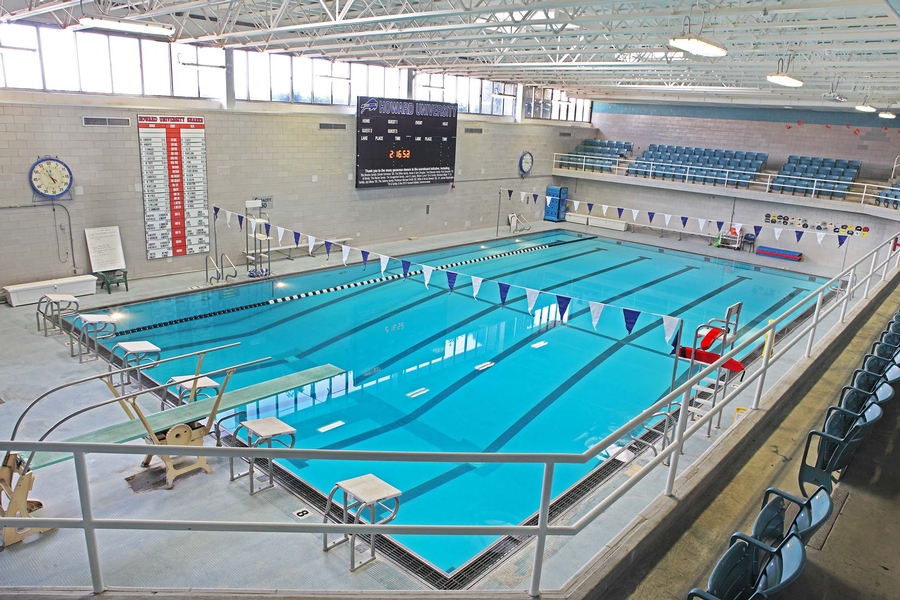 “Senior night 2018 gave us the opportunity to honor 3 very special individuals in our program: Kayla Walker, Danni Brown, and Summer Lewis,” said Askew. “We are grateful for their many contributions and sacrifices. They have each been significant in moving the program forward.  Though their time as student athletes is drawing near, they will forever be a part of the Swimming & Diving family.”

As Brown, Lewis and Walker’s names were called, their teammates formulated a tunnel for them to run through in the pool, as the crowd, packed with family, friends, and colleagues, erupted with cheer as each name was called.

“I felt very nervous because it was a home meet and I knew a lot of people from school would be there, but I [was] also excited to be swimming my last night at Burr,” said Lewis. “I’m not even sure if that has really registered in my head yet. Even though the season is almost done, it’s so surreal that I will be done with swimming forever because I’ve been doing it since I was six. I am really excited to be able to have time to enjoy other things in life.”

When asked what she would miss the most Lewis stated that it would be her teammates who have turned into family.

“These past four years have been some of the best and worst years of my life and I don’t know what I would have done without them because they have become my family and always will be,” continued Lewis.

The team gave one of it’s best performances of the year against Marymount, defeating the Saints 146-44. The Bison showed up and performed for their seniors and Marymount was left reeling all night.

Brown’s senior night will be one to remember as she dominated the competition in her three events and made sure Howard University would remember what she did for the Swimming team over her four years at Howard. Brown was a member of two winning relay teams. Brown also won the women’s 100-yard butterfly.

Brown described her senior night experience as one that was “happy yet bittersweet.”

“I was happy that my time here is soon coming to an end but sad that I’ll soon have to leave my first love (swimming) and teammates behind,” said Brown. “What I will miss most about my team when I graduate is the constant support we have for one another. The family-oriented feel of my team is really what kept me going all these years, knowing that they have my back no matter what.”