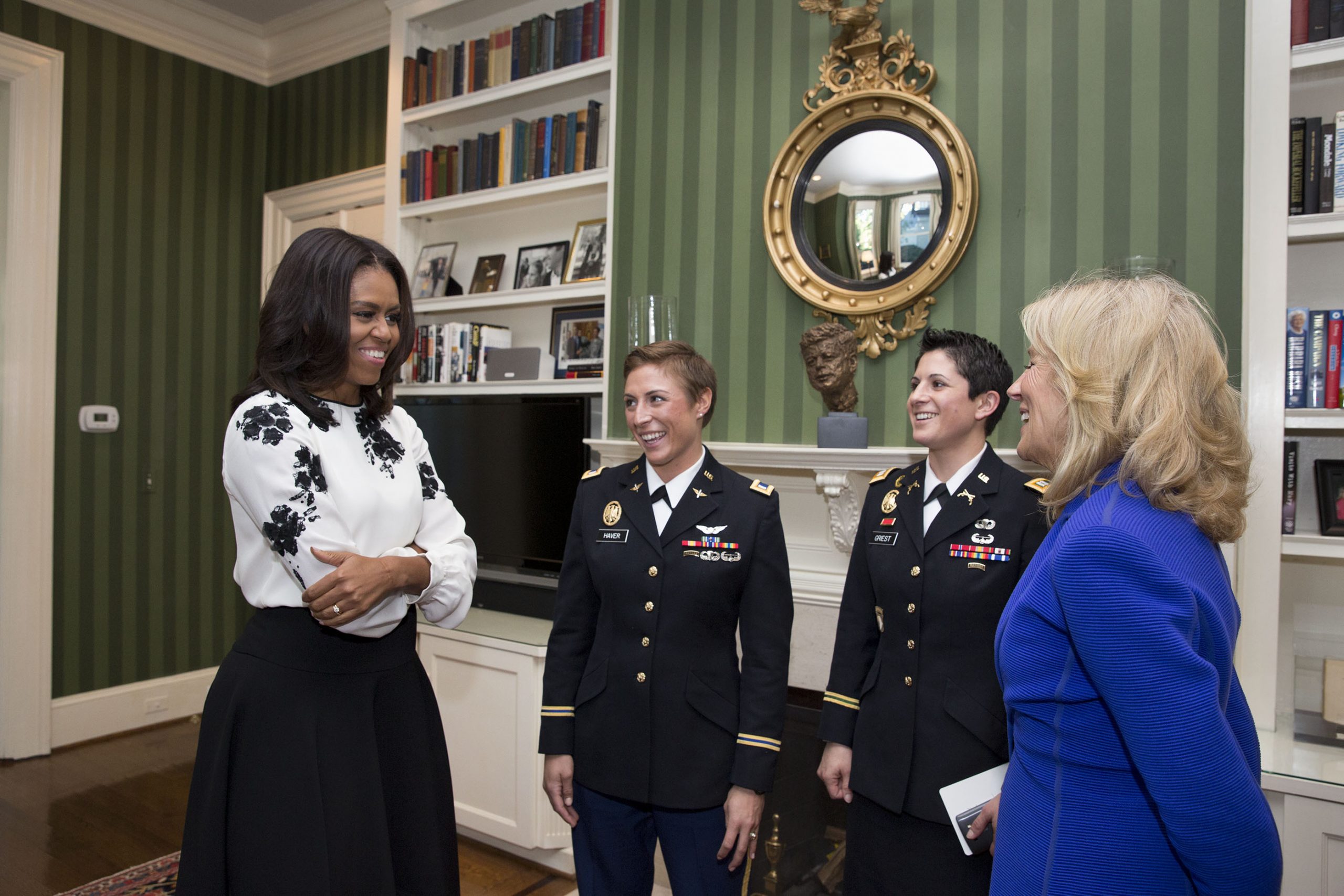 First Lady Michelle Obama took the stage at a summit on ending veteran homelessness where she and Dr. Jill Biden honored veterans, Monday, November 14. Joining Forces, a program co-founded by Biden, was initiated in 2011 to take care of the everyday needs of military families.

“It’s hard to believe that after five years, this is our last Joining Forces event,” Biden said. “I remember the moment eight years ago — backstage in Springfield, Ill. — when Michelle and I decided we wanted to focus on this important issue together. It was that exciting day when then-Senator Obama announced that my husband, Joe, would be his running mate. Michelle turned to me and asked what would I like to work on if we won. I told her that I wanted to tackle the issues that our military families were facing, and she said, ‘Me too!'”

In just five years, Joining Forces has received more than 1.25 million hiring commitments for veterans and military spouses from its corporate partners. It also reduced homelessness by 17 percent just last year alone and helped house 354,000 veterans and their families.

In a teary-eyed closing speech, the First Lady thanked those involved in supporting this initiative saying, “And all of you here have stepped up to answer that call in ways that we never could have dreamed of. You built teams in your cities to create lists of every homeless veteran.”

“Thirty-five communities, including four of the largest cities in America, and three states –- Virginia, Connecticut and Delaware –- have all ended veterans’ homelessness,” said Obama. “And America’s largest city, New York City, has reduced veterans’ homelessness by 85 percent. So they’re almost there. And of the 35 communities that have achieved the goal, three of them achieved it just in the last week.”

Mrs. Obama made it clear that no matter what future platform she has, she will always be dedicated to this cause.

The largest piece of wisdom the First Lady left was, “This issue has nothing to do with whether you are a Democrat, a Republican or an independent. It is so much bigger than that. It’s about supporting our American heroes.”