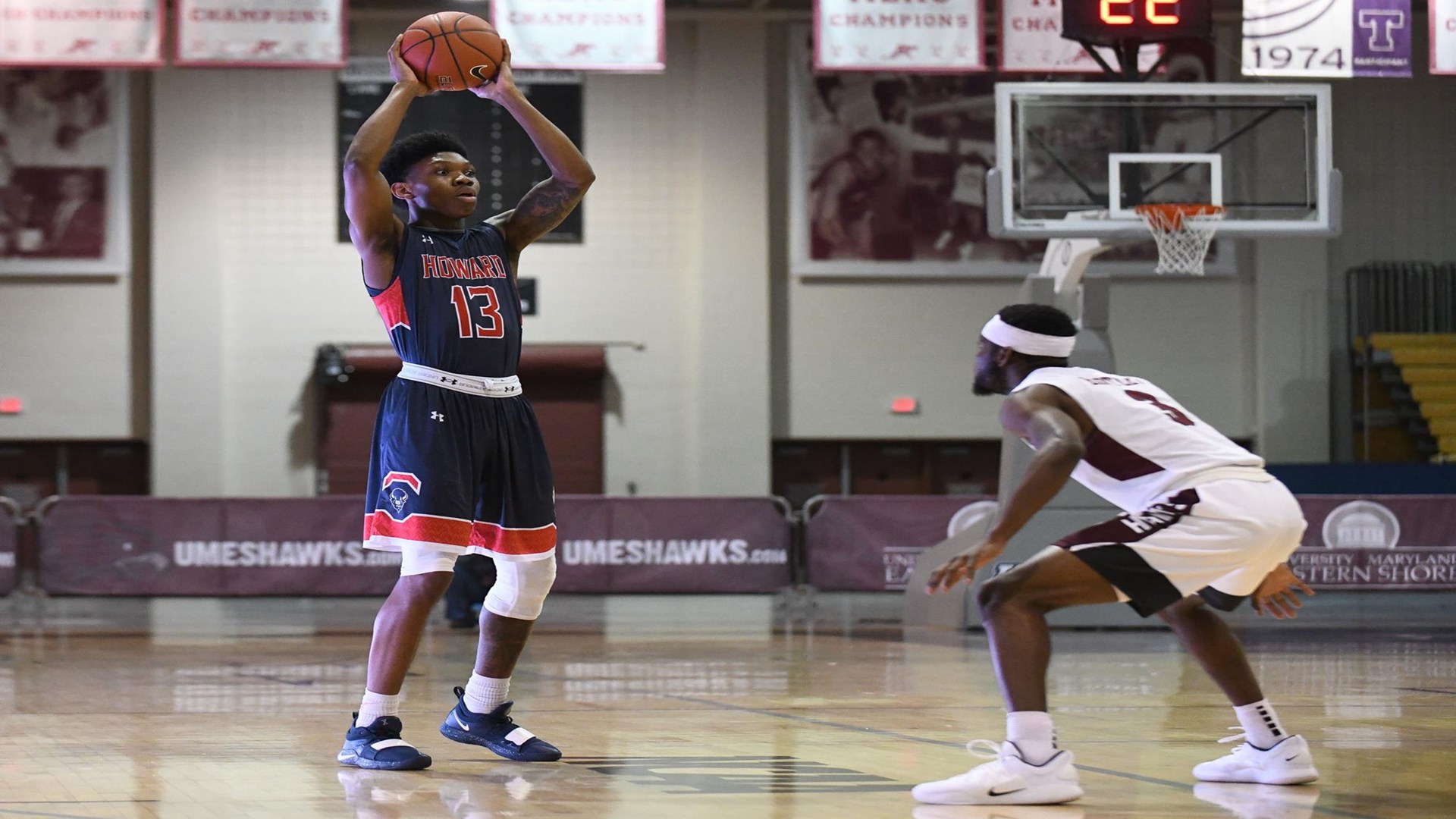 Earning just their third victory of the season, the Howard Men’s Basketball team defeated the University of Maryland-Eastern Shore 62-60, on Monday, March 2.

Senior Guard, Charles Williams excited the HU crowd early by knocking down a three at the beginning of the matchup. His fast-paced drive and pivotal 18 points throughout the game, gave the Bison some much-needed momentum during the first half.

Despite a tough effort from the Hawks, Bison Guard, Wayne Bristol Jr. took over and completely rocked the second half with his 20 points, eight rebounds and two assists. Shooting 8-8 from the free-throw line, Bristol kept the victory hopes alive.

Firing 17-20 from the free-throw line overall as a team, accompanied by R. Bethea Jr.’s six clutch points coming off the bench, the Bison captured their first MEAC (Mid-Eastern Athletic Conference) win of the 2019-2020 season.

This long-awaited win was the cherry on top, as students had gathered inside of Burr Gymnasium to represent their clubs and organizations for Org Night. Members of the National Pan-Hellenic Council (NPHC) became the center of attention during halftime, showing off their moves and creative strolls during the Greek stroll off. The Howard Bisonettes also put on an electrifying performance that hyped up the crowd even more.

As the season comes to a close, this win was definitely a highlight of this year’s basketball season. In Spite of the 4-28 record, improvements shown during this game, gives hope for what is to come.

Next, the Bison will compete against North Carolina A&T (16-15) Aggies in Carolina, in the Mid- Eastern Athletic Conference (MEAC) tournament on March 11.