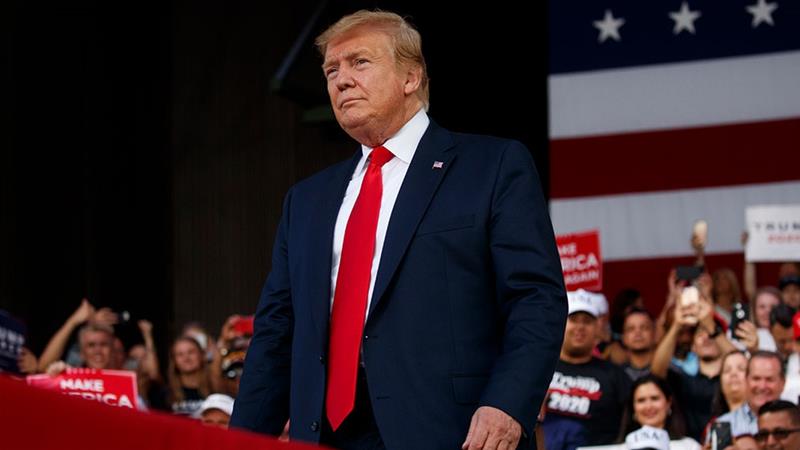 A Look into the Impeachment of President Donald Trump

President Donald J. Trump was formally impeached by the United States House of Representatives on Dec. 18, 2019. The charges of Abuse of Power and Obstruction of Congress both passed by votes of 230-197 and 229-198, respectively.

After the passage of the resolutions formally impeaching President Trump, Speaker Nancy Pelosi (D-CA) opted to hold off on sending the articles of impeachment to the Senate out of concern that a “fair” trial would not be conducted. Senate Minority Leader Charles Schumer (D-NY) sent a letter to Leader McConnell urging that the Senate issue subpoenas for the testimony of four witnesses: Acting White House Chief of Staff Mick Mulvaney, Senior Advisor to the Acting Chief of Staff Robert Blair, former National Security Advisor John Bolton and Associate Director for National Security Programs at the Office of Management and Budget Michael Duffey.

Leader McConnell refused to accept Leader Schumer’s demands before beginning the Senate trial. It was decided that the Senate would not call witnesses in a vote held on Friday, Jan. 31. McConnell said during a closed-door meeting with Republican senators that he did not currently have the votes to block witnesses from testifying.

Though all 100 Senators take an oath, prior to the trial, to “do impartial justice according to the Constitution and laws,” Senate Majority Leader Mitch McConnell (R-KY), who is essentially in control of the rules of the trial, made it clear that he had no intention to be impartial. In an interview with Fox News, Leader McConnell revealed that and was “coordinating with the White House counsel.”

Acting White House Chief of Staff Mick Mulvaney in a press conference held in October 2019 admitted that the $391 million in military aid to Ukraine was being held up until Ukrainian President Volodymyr Zelensky announced investigations into the Democratic National Committee and former Vice President Joe Biden. Former National Security Advisor John Bolton has expressed interest in testifying before the Senate. According to the New York Times, a manuscript of Bolton’s memoir, which is set to be published in March, states that President Trump himself told Bolton that the military aid to Ukraine was linked to the investigations.

The President’s defense team has argued that the prosecution does not have any relevant evidence or direct witnesses to corroborate their side of the story while the President himself has directed all White House officials and executive agencies to defy subpoenas for evidence and testimony.

According to a Quinnipiac University poll released on Jan. 28, 75% of voters believe that witnesses should be allowed to testify in the impeachment trial and 53% believe that President Trump is lying about his dealings with Ukraine.

On Jan. 31, the Senate voted, 51-49, against subpoenas for documents and to call witnesses, with two Republicans, Sen. Mitt Romney (R-UT) and Sen. Susan Collins (R-ME) voting for witnesses.

The President gave his annual State of the Union address to a joint-session of Congress on Feb. 4. While he did not mention the impeachment, he refused to shake Speaker Pelosi’s hand, prompting her to rip up her copy of the speech upon its conclusion.

On Feb. 5, the Senate voted to acquit the President on both counts. Under the Constitution, a two-thirds majority of the Senate – or 67 votes – is required to convict the president. Trump was acquitted of Abuse of Power by a vote of 52-48 and of Obstruction of Congress by a vote of 53-47. Sen. Romney was the only Republican to vote to convict, voting ‘guilty’ on the first count, defending his decision in an emotional speech on the Senate floor in which he said that he “swore an oath before God to exercise impartial justice.”

Since his acquittal, the President has not only attacked Sen. Romney for being a “traitor,” but he has fired two witnesses who defied his orders and testified in the House’s impeachment inquiry, Gordon Sondland, U.S. Ambassador to the European Union and Lieutenant Colonel Alexander Vindman, a National Security Council official, claiming that they were “very insubordinate.”