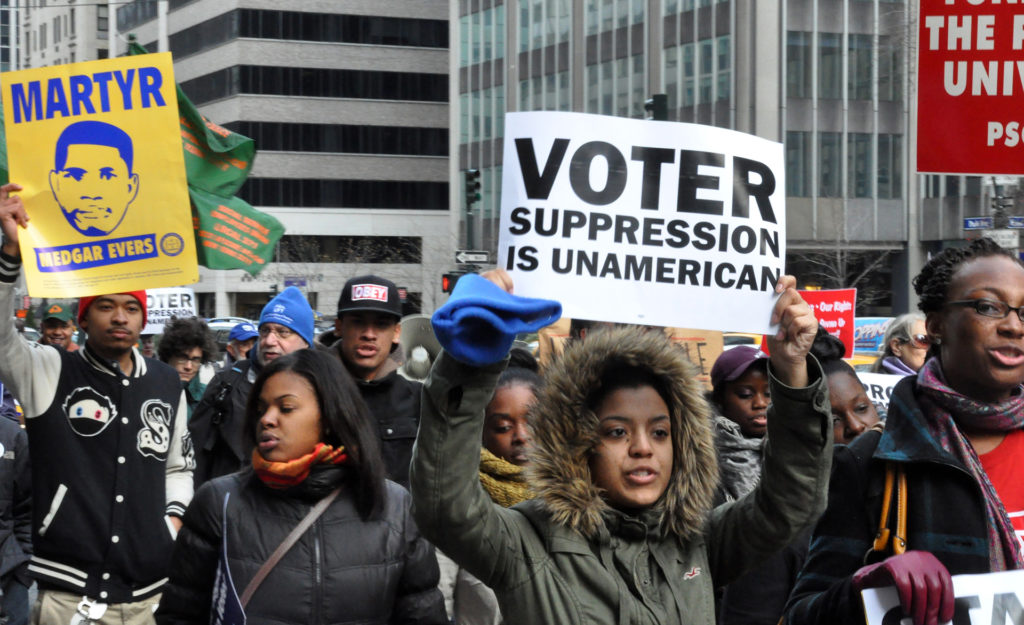 Absentee voting, or mail-in voting, is the process in which a person who is unable to be present at the polls on Election Say completes a ballot that typically has to be mailed in prior to the election.

Absentee voting varies greatly in terms of both regulation and usage from state to state, and even county to county. The issue with vague absentee voting legislation is that it leaves room for voter suppression tactics to occur.

One targeted group in America today is college students. In Wisconsin, legislation has been implemented that makes it harder for college students to vote. Poll workers are required to check signatures only on college IDs, despite the fact that most student IDs have removed signatures. In addition to that, the law requires IDs used for voting to expire in two years— most college IDs expire in four.

The reason for this strict legislation is unfounded and Wisconsin Republican lawmakers claim that voter fraud doesn’t exist. With voter fraud being so rare in the United States, it seems odd that Republican legislators would want to impose strict in-person and absentee voting legislation making it hard for voters, especially youth voters, to vote. However, youth voters are more likely to vote Democrat than Republican, hence why Republican lawmakers would want to prevent them from voting.

In Georgia’s 2018 general election, thousands of absentee ballots were purged. This heavily affected college students as youth voters are the most likely age group to use absentee ballots. It also impacted minority voters. Another Democrat demographic, racial minorities were twice as likely to have their absentee ballots purged than white voters. Although Georgia state law requires officials to inform voters when their vote will be rejected, only 1 in 9 voters were actually informed.

Many of the ballots were rejected for small reasons like the signature on the ballot not matching the signature on file. Gwinnett County, in particular, threw out 1 in 10 absentee ballots, accounting for 37 percent of all rejected ballots in Georgia. This drew the attention of civil rights activists, especially considering that 60 percent of the county is made up of minorities.

In some states, voter suppression can occur even before voters mail their ballot. In their most recent election, Michigan saw how much fair absentee ballot processes can change the way people vote. In 2018, Michigan voters supported a proposal that would allow absentee voting for any reason, instead of requiring voters under 60 to choose from one of six reasons.

This past election was the first for Michigan under this new legislation and it saw a huge increase in absentee ballots. In the city of Lansing, votes cast by absentee ballots jumped from 44 percent in 2015 to 66 percent this year. The Lansing City Clerk’s office also offers permanent absentee voter lists and walk-in absentee voting beginning 40 days before the election.

Other states are beginning to follow Michigan’s lead and are introducing massive voter reform. Pennsylvania, a state with a very restrictive absentee ballot system, will have a completely new process in 2020. These reforms including pushing back the deadline for when absentee ballots are due as well, as allowing voters to submit an absentee ballot for any reason.

Hopefully, the actions of states like Pennsylvania will make the absentee ballot process simpler and increase voting among marginalized communities.