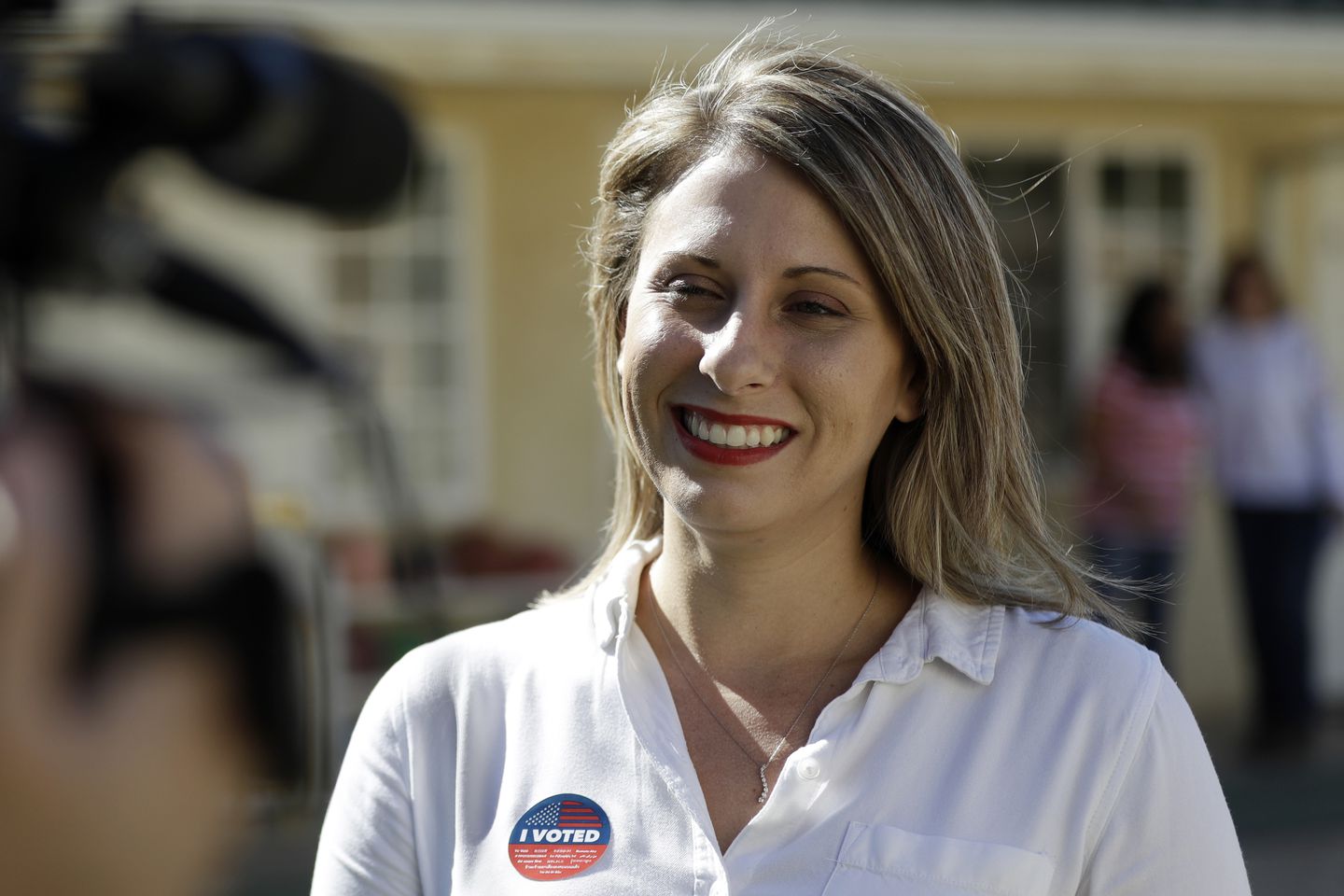 Representative Katie Hill (D-CA) issued an official statement of resignation from the 116th Congress on Oct. 27. Her resignation comes after accusations of sexual misconduct with a former campaign aide and her congressional legislative director.

RedState.com and DailyMail originally published allegations that Rep. Hill was involved in an inappropriate relationship with one of her female campaign staffers. Along with the allegations, the sites included intimate photographs of Hill and her campaign staffer, Morgan Desjardins. The photographs depict Rep. Hill nude, holding what looks to be a bong, and in sexual positions with her campaign aide. The British tabloid, Daily Mail, also made allegations that a tattoo found on Hill’s hip may be a Nazi symbol.

RedState, a conservative website, released more accusations last week that Congresswoman Hill had also been romantically involved with her legislative director, Graham Kelly. The claims come from Hill’s soon-to-be ex-husband — who Hill also claims was abusive towards her.

Hill has since admitted to the relationship with her campaign staffer, stating, “During the final tumultuous years of my abusive marriage, I became involved in a relationship with someone on my campaign. I know that even a consensual relationship with a subordinate is inappropriate, but I still allowed it to happen despite my better judgment.”

Hill denies having a relationship with Graham Kelly. No clear evidence has been revealed to the public establishing that an inappropriate relationship between Hill and Kelly, her legislative director, actually occurred. Despite Hill’s denial of the claims, the House Committee on Ethics has begun an investigation into Congresswoman Hill’s alleged improper relationship with Kelly.

Hill was in her first term as a Congresswoman after winning a historically Republican seat during the 2018 elections. She was also one of the first openly bi-sexual members of Congress. She sat on the Armed Services Committee, the Committee on Oversight and Reformand the Committee on Science, Space, and Technology.

It is against Congressional code of conduct for members of Congress to become involved in sexual relationships with their congressional staff. However, this code of conduct does not include campaign staff. According to Politico, Rep. Hill is the first female member of the House to be accused of a sexual conflict of interest.

Speaker of the House Nancy Pelosi (D-CA) and other democratic members of congress previously took a strong stance against sexual harassment on Capitol Hill by male members of Congress. This lead to the resignation of several male members of the House during the height of the #MeToo movement. Part of the discussion, however, surrounds whether Rep. Hill was a victim as well due to the way her actions were brought to the public’s attention.

“Intimate photos of me and another individual were published by Republican operatives on the internet without my consent,” said Hill. “I have notified Capitol Hill police who are investigating the situation and potential legal violations of those who posted and distributed the photos, and therefore will have no further comment on the digital materials.”

Hill’s photo leak has also sparked a discussion surrounding women millennial candidates, and their motivation to run for office. Rep. Hill’s resignation has essentially highlighted a generational divide between older and younger members of Congress. There is even a stark divide in thought between Democrats. While younger members like Rep. Ocasio-Cortez seem to sympathize with Rep. Hill’s situation, Pelosi held other sentiments.

“It goes to show you, we should say to young candidates, and to kids in kindergarten really, be careful when transmitting photos,” she said.

Pelosi also stated, “We must ensure a climate of integrity and dignity in the Congress, and in all workplaces,” in agreement will Hill’s decision to resign.

Rep. Hill’s former constituents have reacted in similar ways to the news of her resignation even from across party lines.

Chad Kambell, a supporter and former constituent of Hill, told NPR that he and other supporters were devastated by the news of Hill’s resignation.

“When word of the resignation came down, there was definitely that emotional bottoming out that we all kind of felt,” said Kambell.

RedState, the original site that distributed the photos, has begun to publish material supporting the return of a Republican candidate to Rep. Hill’s seat in Congress. They are now promoting campaign material for a Republican named Mike Garcia who is running for Hill’s seat in the 2020 election.