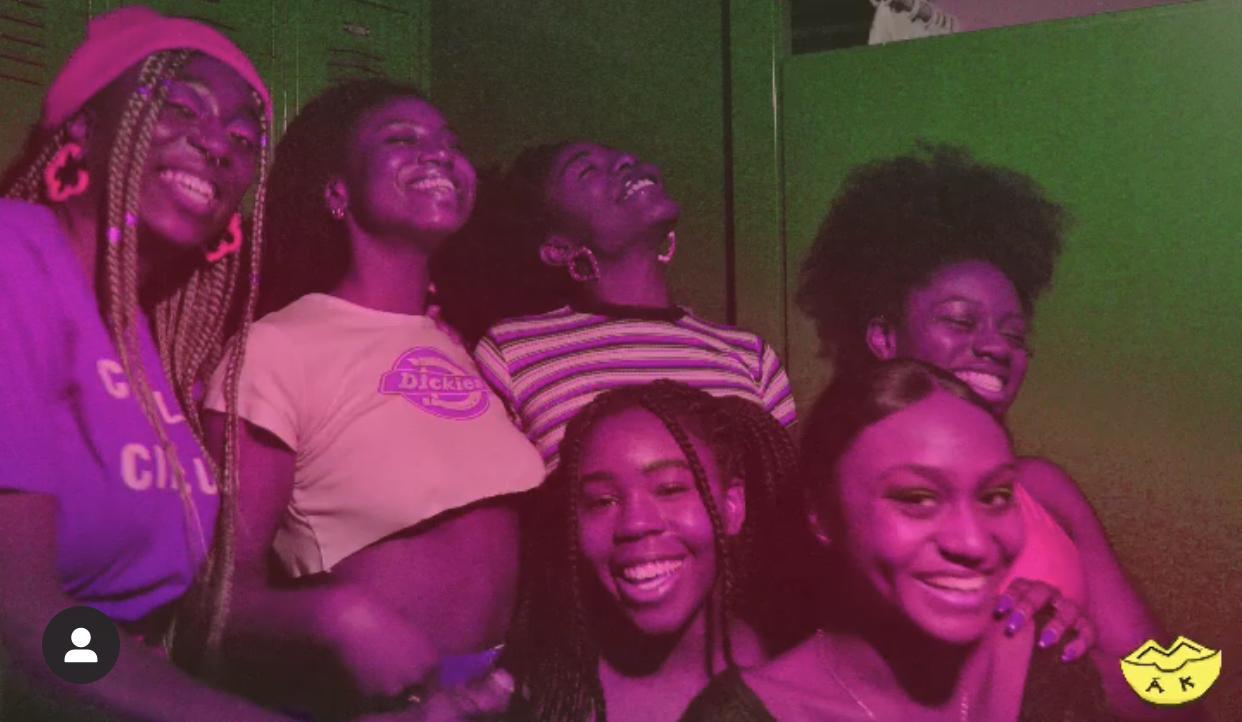 While Howard University is renowned for its business school and graduate programs, the creative hub cultivated on Howard’s campus is equally as stimulating. Jaylin Ward, a sophomore journalism major, community development minor from the Bronx, NY is a fitting example of the innovation that the student body epitomizes.

Ward along with five of her peers: Ryan Thomas, Ua Hayes, Royal Thomas, Precious Swinton and Natalie Courtney founded mAk collective (pronounced make) to change the tide when it came to creatives and their impact on their community at Howard University.

“I want mAk to represent everything we say we are and truly embody our mission statement,” said Ward. “mAk is an art collective created for femme and nonbinary people of color by Howard University students. As an organization, we promote community, creativity, and accountability.”

Ward stressed the importance of following through with an authentic and dedicated mindset to serve the community, while staying true to their creative roots.

“I want everything we say we’re about to actually be what we’re really about. People can hide behind the interfaces of Instagram and Twitter, but we want mAk to be out here in the community doing the things we say we’re doing,” she emphasized.

The collective has done multiple community service initiatives, including a thread swap where they donated clothes to Casa Ruby, a shelter that caters primarily to queer and trans Afro-Latinx youth and individuals. Ward reflected on the importance of working closely with the organization.

“It’s important because [queer and non-binary people] have some of the lowest life expectancy and some of the most disproportionate socio-economic standards and resources,” said Ward. “If we have an art collective in a university for queer and nonbinary folk that’s not as accessible as it could be because universities are still very elite spaces. So, we have to be mindful of our privileges and think about where we came from in order to give back.”

Beyond the group’s commitment to giving back to both their Howard community and greater D.C. community, Ward pushes herself to do so on her own as well.

“I would say I’m a beginner in this, so my impact in the DC community has been small. But I’ve been working with elders in the Garfield Terrace Apartments across the street from the Towers dorms and with formerly incarcerated men, writing grants to help them develop their master carpentry program. So, I’ve been trying to be more accessible to them,” she said.

Ward also feels very passionate about environmental activism, her yearning to alleviate and correct environmental disparities grew as she settled into her D.C. neighborhood.

“I kind of just walked into it. I started with ‘Where’s the supermarket out here?’ which then turned into the understanding of food deserts and then environmental racism,” Ward said.

Even with the urge to be active members in their community, mAk at its core is all about the art.

“We realized we’re a production company on top of everything else that we do,” said Ward. “We’ve done photoshoots and we’re currently producing a reality show called Schul (pronounced school).”

This series will follow different clubs and organizations on campus and give insight into what goes on in these individual’s daily lives. “Schul” is essentially a platform for organizations to show who they are to the world.

“[These organizations] don’t have to be official or have notoriety, we just want to see what’s going on and what’s the community there,” Ward said. “Our first episode is going to be with Models of the Mecca, which is currently in post-production. It should be out before November and then our next episode is going to be on the band.”

Ward also discussed the lack of resources for creatives on campus and some of the group’s major  aspirations as they continue to expand.

“I want people to look towards mAk for resources and for art equally. One of our long term goals is to purchase the warehouse on Bryant and 4th street across the street from the ILAB,” she said. “It has beautiful light in there. It looks like an art studio to us but it’s just like an abandoned building to Howard. There’s no space for creatives to get together and share ideas. There’s no incubator for artists in this area. It would be a great space for Howard students or even students in the community to come through and have a space where they can create and find camaraderie.”

Published in CAMPUS, Culture and LIFE+STYLE