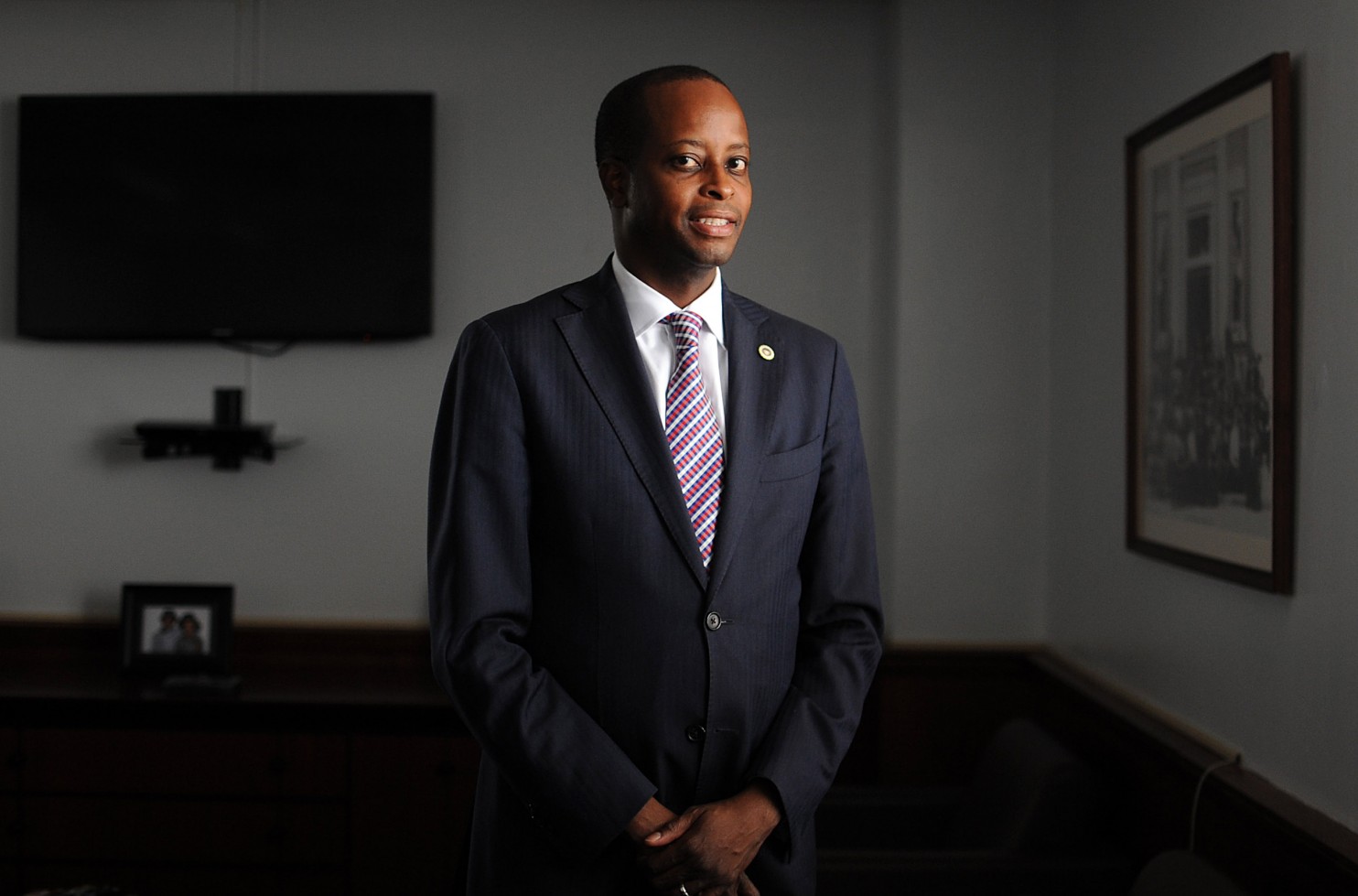 A 16-page letter, written by an unnamed group of “Concerned Howard University Administrators, Faculty, and Staff” calling for Howard President Wayne A.I. Frederick to resign from his position, was sent to The Hilltop newsroom office and also surfaced on Twitter on Tuesday, March 21.

The letter, which was also sent digitally to various University Board of Trustees chairs, journalists, and presidents of organizations such as the United Negro College Fund and Thurgood Marshall Foundation, referred to Frederick as “mercurial, duplicitous, deceitful, and brusque” in his interactions with faculty and students, as well as in his managing of university-related business.

The letter’s authors, who did not sign their names “due to fear of reprisal by Wayne Frederick,” cited Howard’s fall from a U.S. News and World Report top college ranking of 96 in 2009 to 124 in 2017, Frederick’s alleged inaccurate comparison of current applicant numbers to numbers of the past, as well as other alleged falsehoods, as grounds for categorizing Frederick’s presidency as a failure.

The letter outlined five questions directed to Frederick, the corresponding “lie” he told the Howard community, and “the truth.” After reading it, some university students feel that the letter put Frederick’s leadership capabilities into a different perspective.

“It really opened my eyes to how inadequate of a leader he is for the university,” said Maya Kirby, a senior film major. “Seeing so many of his mistakes spelled out like that was definitely eye opening.”

Although the letter was published publically and has not been deemed verifiable or whether the letter is considered credible, student activist group Concerned Students, 1867, the students responsible for interrupting Howard’s 150th Charter Day Convocation with a protest asking Frederick to take a stronger stance against Donald Trump’s HBCU executive order, expressed that they were not one of the letter’s initial recipients. According to a student involved in the group, they did not know who wrote the letter. In fact, the group and many other students on-campus were not aware of Concerned Howard University Administrators, Faculty, and Staff’s existence until receiving the letter from a source.

The letter and secrecy kept by its authors became a topic of conversation, speculation, and discourse among the university’s students.

“[There are] a lot of debates on if it was fair or not,” said Destiny Dallas, a sophomore sports medicine major. “People continued to say that he [Frederick] shouldn’t be blamed for the state of Howard because has to work with what he was dealt.”

Frederick took office first as interim president in 2013, following the announced resignation of his predecessor, Sidney Ribeau. According to an article written by The New York Times, Frederick was left with a university characterized by a college ranking of 142, down 22 points from the previous year, and a decreased Moody’s credit rating due to the university’s hospital, low enrollment, and federal budget cuts.

Considering Howard’s tumultuous recent history, some students feel that the unnamed, concerned employees’ call for the president’s resignation is a sign that the university in a concerning state. Others feel that this incident is not representative of the state of the entire school, and that Howard will continue to persevere.

Christopher Johnson, a junior history major, said, “I think regardless of what we do, or what happens, or what President Frederick does, the university will keep chugging and pushing along. I somehow doubt the man can run it into the ground.”

“We encourage the anonymous authors to come forward so that the inaccuracies and concerns outlined in the letter can be addressed,” the University spokesman said. “Under Dr. Frederick’s leadership, Howard’s senior leadership has made immense progress in shoring up the university’s financial footing so that all of our students can succeed. We remain steadfastly committed to advancing our beloved institution, the success of all our students, and to working with the community to meet our collective goals of academic excellence and commitment to public service.”