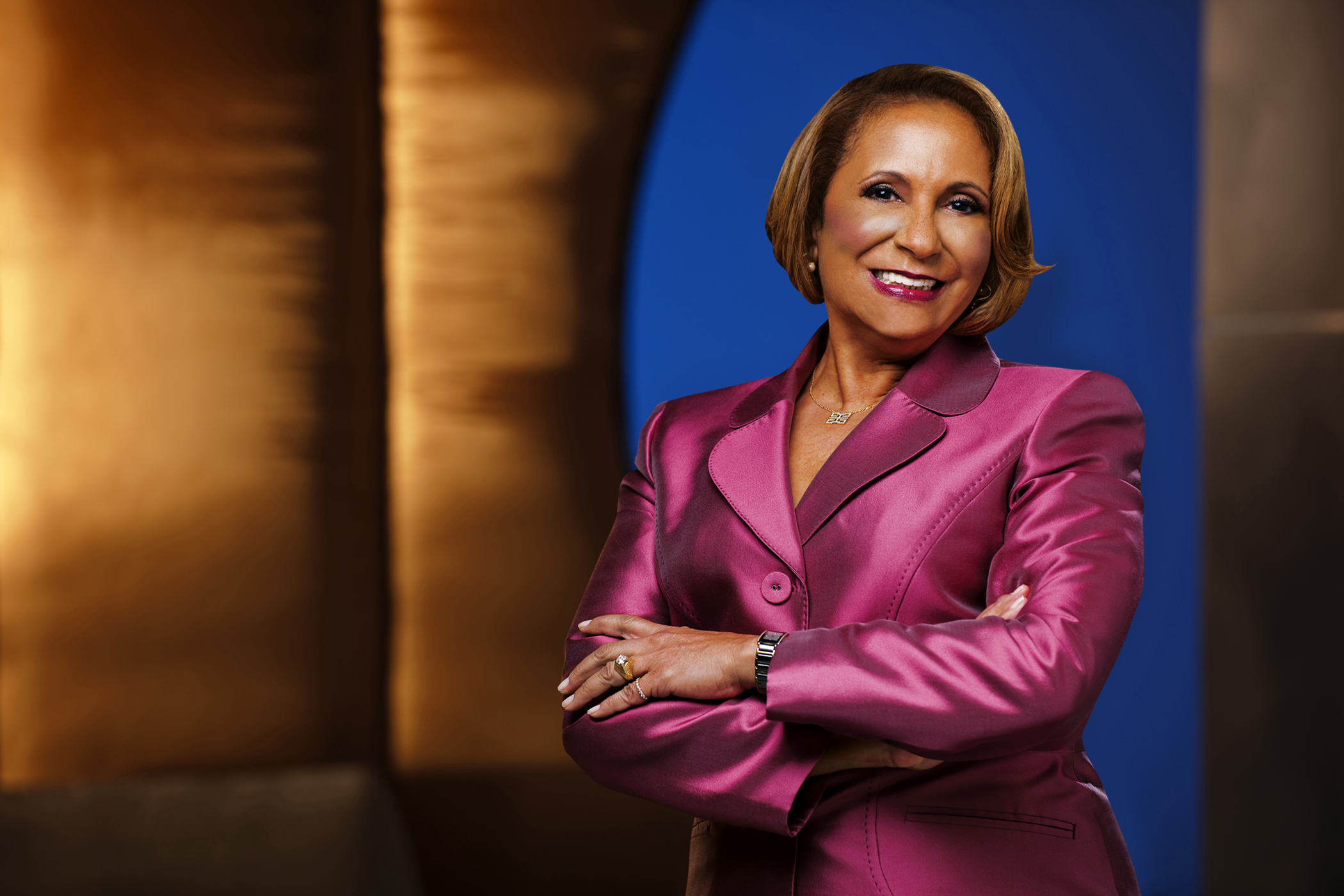 Originally reported by Radio One’s WOL News Talk 1450 AM, the naming ceremony will be held on Sunday, October 23, at Howard University, a day after the conclusion of events from Howard Homecoming’s #ExperienceBlueprint.

According to an official press release provided to The Hilltop, the notable contribution was made through the Catherine L. Hughes and Alfred C. Liggins III Foundation and establishes that the school will be named in honor of Cathy Hughes, Radio One founder and Chairperson, and former Howard University staff member.

Born in Omaha, Neb. in 1947, Hughes is no stranger to The Mecca. After beginning her career in radio in 1969 with KOWH, a Black radio station in Omaha, Howard University offered her a position as a lecturer. She was then appointed as the general sales manager of WHUR 96.3 FM, Howard’s operated and owned campus radio station, in 1973, then two years later was later promoted to WHUR’s general manager. During that time, Hughes played a big role into increasing the radio station’s annual revenues from $300,000 to more than $3.5 million. In 1978, Hughes would depart WHUR for WYCB Radio where she served as the vice president and general manager of the station.

In 1979, Hughes was able to secure a bank lender to buy WOL, a small Washington, D.C. station, that would birth Radio One in 1980. In January 2004, she launched TV One, a cable television channel targeted at the African-American community.

Ms. Hughes currently serves as the chairperson of the board and secretary of Radio One since 1980, and was formerly the chief executive officer of Radio One from 1980 to 1997. Radio One, the largest Black-owned broadcasting company in the country, recently celebrated its 36th anniversary this year.

Happy 36th Anniversary #RadioOne!
Thank you for 36 years of love, commitment and service to and for our community. pic.twitter.com/CpM75LgnHg

After hearing the news, Zachary Johnson, executive president of the School of Communications Council, said that he appreciates the donation to the SOC and hopes that the money will indeed go to the students. He also hopes to personally thank Hughes one day.

“I know that people fear that giving to Howard is kind of like giving to a black hole, but I think our university is better than that,” said Johnson. “I hope our school will be better off from it and I’m waiting to hopefully thank her in person.”

Dr. Gracie Lawson-Borders, dean of Howard’s School of Communications, also expressed that the news was exciting for the school and called for everyone, to include students, faculty, staff, and alumni, to seize this moment and to engage in being a part of the future of SOC.

“Cathy Hughes is a pioneer in so many ways,” said Lawson-Borders. “From starting Radio One to being on the stock exchange, she [Hughes] has very, large footprints that have paved the way of what the possibilities are.”

Read the entire press release of the announcement by Howard University below: