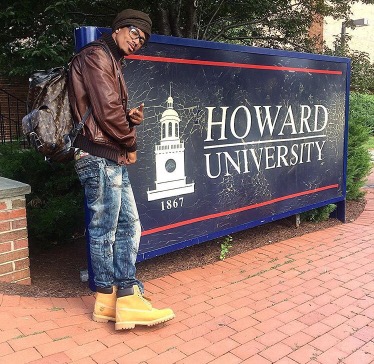 After speculations over the last week at Howard University, the rumors are true: Nick Cannon is officially enrolled at The Mecca.

https://www.instagram.com/p/BJV-IL7jfjt/?taken-by=nickcannon
Exclusively released to The Hilltop, the actor, comedian and television personality said that he is “always seeking new challenges and continual growth” and decided to obtain his first college degree from an institution that “had a proven legacy of producing great minds,” according to Cannon’s statement.

“Nelson Mandela once said, ‘Education is the most powerful weapon you can use to change the world,’ and with that said I have officially enrolled at Howard University,” said Cannon. “I have friends, mentors and colleagues who attended Howard University. I have heard about the famed Howard Homecoming since I was a kid growing up in California and knew that Howard would be the perfect place for me to further my education. I look forward to this new journey in my life and am excited about the possibilities ahead.”

Howard President Wayne A.I. Frederick also released a following statement pertaining to Cannon’s enrollment, stating that Howard University is honored to have Nick Cannon as a member of the Class of 2020.

“Howard students embrace our motto of Truth and Service as they pursue their life’s education through the University’s rigorous and dynamic academic and community service programs,” said Frederick. “We welcome Mr. Cannon. In keeping with our governing policies and procedures, we will respect Mr. Cannon’s privacy as we do those of all of our students.”

In a recent interview with Entertainment Tonight, Cannon confirmed that he is majoring in Strategic, Legal and Management Communication (SLMC) at Howard’s School of Communications.