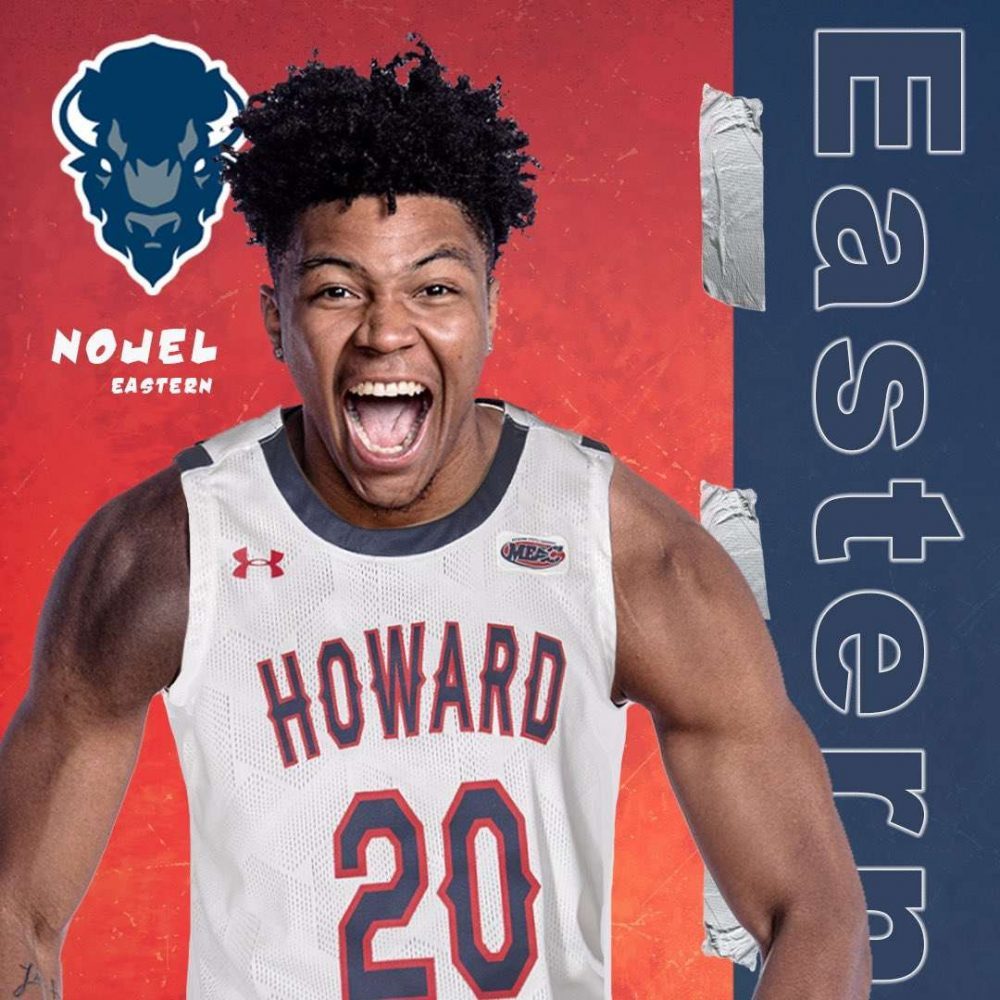 The Howard Bison men’s basketball team is changing its landscape with the addition of greatly skilled players to become top contenders in the MEAC, and all college sports in the future. One of the top recruits that will help foster change in more ways than one, is Nojel Eastern.

Nojel Eastern, a former Purdue Boilermakers guard, committed to Howard University on Aug. 6, 2020, after putting his name in the NBA Draft process and originally committing to the University of Michigan.

Howard University hired Head Coach Kenneth Blakeney to take over the men’s basketball team in 2019. After a 4-29 overall record and 1-15 conference record, it became apparent that a rebuild was both necessary for the team to achieve more success and regain national recognition.

A successful rebuild for the men’s basketball team would include bringing in a diverse group of players who could gel well together based on their skill sets and personalities, attracting top recruits, and bringing excitement to Burr Gymnasium—which is happening now with their latest recruit, Nojel Eastern.

“Nojel is a veteran player who will contribute immediately to our program as an athletic and versatile wing. His work ethic and leadership will make our team better on and off the court,” said the Bison Men’s Basketball Head Coach Kenneth Blakeney, who successfully recruited the former Boilermaker.

Last season, Eastern averaged 4.9 points, 4.0 rebounds, and 2.7 assists with a field goal percentage of 42%. Solidifying Eastern, a 6-foot-7, 225-pound guard, is a great achievement for Howard University. The men’s basketball team’s recent recruitment has shone a light on athletes not only taking HBCUs seriously but also committing to these schools and establishing a long-term vision.

“Howard is a place where I can accomplish my dreams as a basketball player while studying at a premier HBCU. I’m ready to get to work and put Howard Men’s Basketball on the national stage,” said Eastern.

Both Eastern and Maker are reshaping the narrative for HBCUs, which is not only occurring at Howard University but is presumed to be a domino effect for other HBCUs potentially acquiring top-tier athletes in the years to come.

In today’s climate, many valuable athletes at the professional and collegiate level are now zoning in on traditional processes within established sports organizations and challenging the “status quo.”

Athletes are ensuring that their voices are heard about social injustices and discrepancies on a global scale. Players of the National Basketball Association (NBA) led a three-day boycott after the shooting of Jacob Blake in late August.

Many Black athletes recognize that they want to bring their talents to institutions and organizations that truly support and encourage them beyond their physical prowess—showing them Black lives do matter.

During a time of high social unrest, the world is still battling the global pandemic, COVID-19. The pandemic has had a major impact on both collegiate and professional sports, specifically basketball. Although the men’s basketball season may look different due to this virus, players are now back at Burr Gymnasium practicing in what is now the Howard Bubble, where Nojel will soon begin practicing with the team.

Nojel Eastern is a great defensive player, which will presumably be one of his biggest strengths that he will bring to the men’s basketball team. His defensive presence will put him in a lane of his own at Howard.

“Defense is one of the key components that you need to be able to win championships, win big games, or make it far in the tournament and I just take pride on that side of the court and just hone in and take pride in locking my defender up and helping my teammates get a victory,” Eastern said in a previous interview he had with the Big Ten Network.

Head Coach Kenneth Blakeney and the Howard University student body are confident that Nojel will bring great energy and his defensive talents to Howard University, as he embarks on this new journey with the men’s basketball team.

Howard University will support Nojel Eastern and the players as part of the overhaul to help establish a long-lasting legacy and push the men’s basketball team to new heights during the Blakeney era.