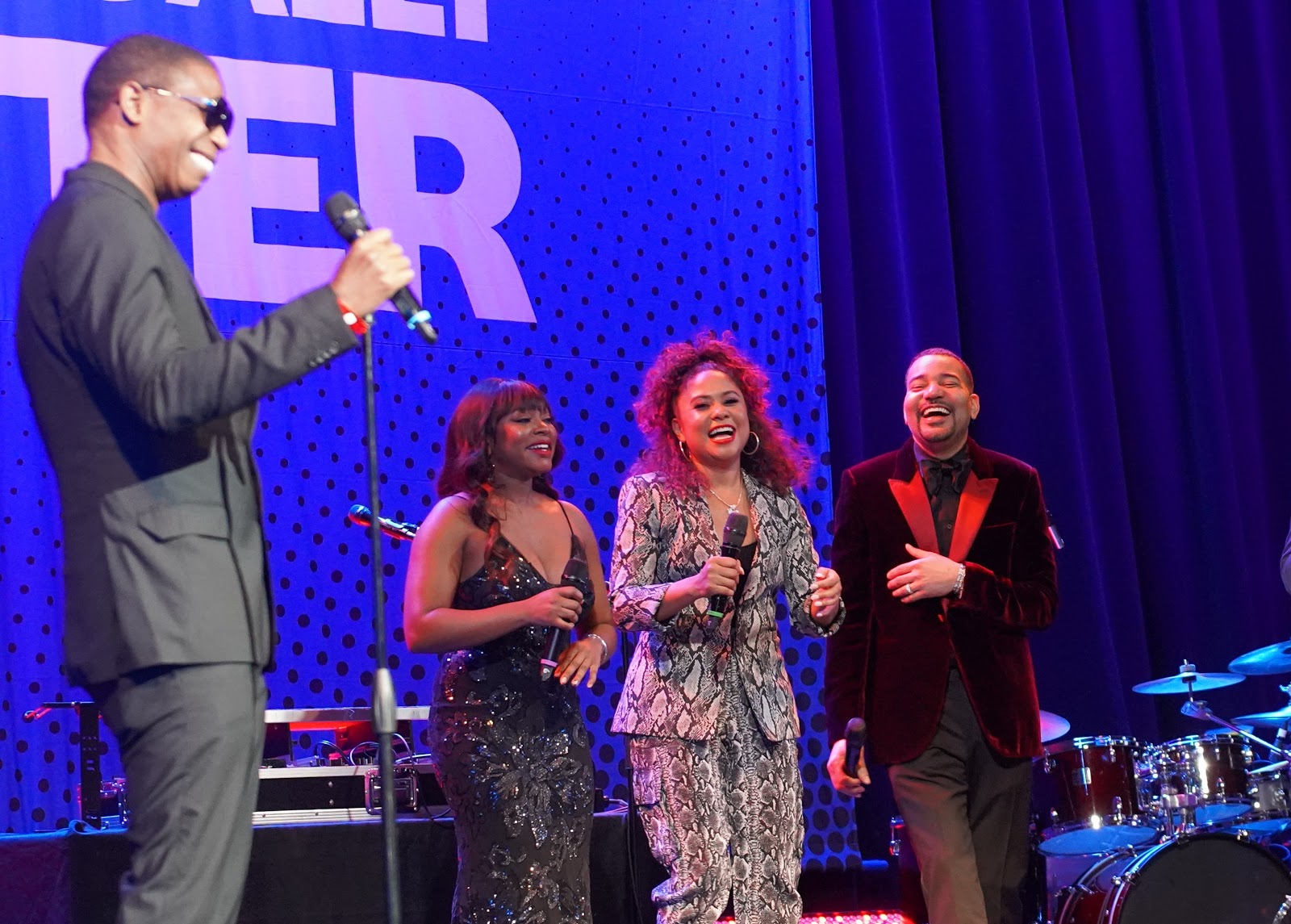 Pepsi held its first “Historically Better” Gala hosted by Terrence J and Naturi Naughton along with The Breakfast Club’s Angela Yee and DJ Envy on Feb. 24 in the Howard Theatre.

“I am truly honored to be here. I came straight from a table read because I knew that this evening was going to be special. I wanted to be here to celebrate special people and a beautiful moment in Black History Month,” said singer-songwriter and actress Naturi Naughton, one of the co-hosts of the event.

Pepsi recognized leaders and torchbearers both past and contemporary, along with those to come in the future. Among those honored were Doug E. Fresh, The Washington Mystics, First Sgt. Joshua Toles, Dr. Angela Reddix and Dr. Roger Mitchell.

At a time when African Americans were ignored and stereotypically depicted in advertisements by American businesses, Pepsi hired black men and women to help break the limiting racial barriers at play within corporate America. Individuals like Edward F. Boyd, whose work with Pepsi originated the concept of “niche marketing”, Allen McKellar Jr., whose team of black salespeople ventured across the Jim Crow South to reach an underserved black community and Harvey C. Russell, who in 1962 became the first black vice president at a major U.S. multinational corporation, are examples of Pepsi’s inclusivity.

Derek Lewis, president of the South Division of PepsiCo North America, and the first black divisional president within Pepsi spoke firsthand about the company’s long commitment to diversity and inclusion dating back to the early 1940s. Lewis cited McKellar as a mentor of his and an inspiration to countless African Americans within not only Pepsi but also other businesses across the country.

“A lot of the places today where Pepsi is really well established goes back to what Allen and his team did. We set the standard and our job now is to take the standard moving forward,” said Lewis. “We are going to make this something real. This [#SheGotNow campaign] is not just a flavor of the month. “#SheGotNow” and “Historically Better” is something real, something authentic.”

Candidates of the “#SheGotNow” partnership between ESSENCE and Pepsi were also acknowledged during the night. The program is specifically targeted towards HBCU female students who are positively impacting their communities within the United States and abroad.

Twelve interns will be selected for internships in areas such as sales, marketing, communication, research and development, finance and supply chain to work on ESSENCE and Pepsi projects.

“This is not about us. ESSENCE has never been about us. This is about each of you [black women],” said Latraviette D. Smith-Wilson as she dedicated an award on behalf of ESSENCE CEO Michelle Ebanks to each black woman in the audience.

During homecoming season in the fall of 2019, Pepsi sponsored events at historically black colleges and universities, with one of those being Howard University. Howard Yardfest attendees saw performances by acts such as DaBaby, Saweetie and Juvenile. Other schools that Pepsi held sponsored events at included Florida A&M University, Hampton University and Norfolk State University.

As the night progressed, those in attendance saw a performance by the Bowie State University Choir.

Later on, a moment of silence was held in honor of the late Kobe and Gianna Bryant, whose memorial service was held earlier that day.

“These moments are fleeting. I’ve been feeling like we’ve been losing too many of us [African Americans] lately,” said Terrence J before asking for an eight-second moment of silence.

The event culminated with a performance from actor and singer-songwriter Rotimi, who performed his latest single, “In My Bed,” along with other songs.