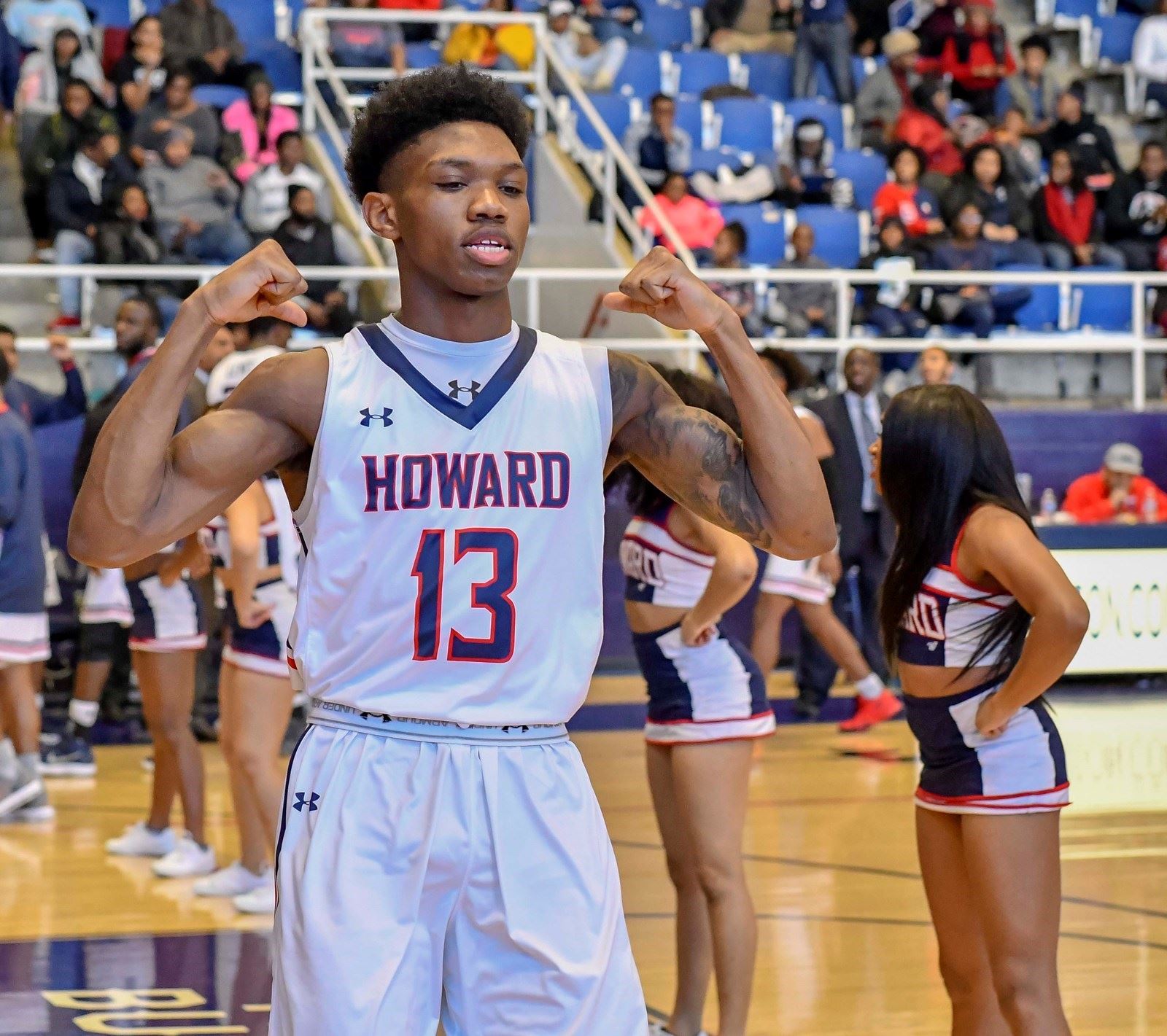 During an eventful weekend for Howard University Bison Athletics and a two-game North Carolina road trip for the men’s basketball team, senior guard Charles “CJ” Williams, a premiere shooting talent brought excitement atop the hill by breaking a 29-year Mid-Eastern Athletic Conference record—becoming the all-time leading scorer in the 49-year history of the MEAC Saturday, Feb. 22.

Following the tip-off, Williams and a fighting Howard University men’s basketball team started the match slowly, allowing North Carolina A&Ts’ Ronald Jackson to dunk the ball on the opening possession. Williams quickly responded for the Bison, draining his two-point jumper and the team’s first points of the game. The Aggies sprung to a 10-3 run in the first half but three minutes into the half, Williams would score his 2,276th point at the 16:38 mark of the first half, cutting to the basket on a layup to dig into the early deficit.

The Bison gained their momentum, scoring 19 points to end the half and defensively only allowing two buckets from the Aggies to take a 35-32 lead into the intermission.

Following intermission, in the second half there were several lead changes with both clubs trading back-to-back buckets.

With under two minutes remaining, a three-pointer from freshman combo guard, Fred Cleveland Jr., would seal the game for the Aggies—closing the game with a 4-1 run.

HIS SUCCESS AT HOWARD

Coming into the season, CJ only needed 482 points to break the 29-year record.

The men’s basketball coaching staff under the new Head Coach Kenneth Blakeney was well aware of this feat and encouraged him to break it, Williams shared in an interview with The Hilltop’s Kira Grant.

Heading into Saturday’s game as he eyed the record, the 6-foot-6 guard told The Hilltop that his parents called him the night before to remind him that he was within four points of this major mark, but he assured his parents that he would be just fine.

The next day before stepping onto the court against the Aggies, he became slightly nervous until he drained his first shot and eventually surpassed the record.

“Honestly it’s really exciting for me. You probably wouldn’t know it by how I walk around campus or anything because I’m a mellow guy, but on the inside I’m loving it,” said Williams, adding that he’s already taken three photographs with fans on campus in one day.

The Virginia-native is not the only person on campus loving this achievement. Jayla Thornton, a prolific scorer for Howard’s Lady Bison basketball team says, “CJ has an amazing lift in his game. His long-range shooting and dunking is always a joy to watch.”

“Achieving this accomplishment gives CJ gratification for his dedication and hard work despite the team’s overall record. For the Bison, it reflects that in spite of their record they are recruiting talented athletes, which will keep future athletes interested in coming to the university to possibly help the program grow ” she continued.

Despite the men’s basketball overall record this season (2-26) and the squad’s growing pains, Williams has only missed one game due a lingering injury in his 4-year career at the Mecca.

Under new head coaching, Williams has proven to be a determined leader on the court for the Bison by leading a team with at least 10 underclassmen players on their roster, while averaging 18.2 points, 4.4 rebounds and nearly 33.6 minutes per game on the season.

HIS  EVERLASTING LOVE FOR THE MECCA

When Williams arrived to the Mecca in 2016, he never expected to obtain so much success here.

During his rookie campaign CJ shattered the MEAC’s expectations, earning the 2016-17 Mid-Eastern Athletic Conference Rookie of the Year honor and Third-Team All-MEAC.

“Coming into college, I wasn’t a heavily touted recruit so having the opportunity to play here was big for me. So I just came here and worked my way up” he told The Hilltop.

“Instead of leaving, I definitely wanted to leave my mark on this school and not just be one of those other HBCU basketball players that just said ‘I accomplished all that I needed to accomplish here’ and just leave. And I don’t regret it,” said Williams.

Williams even made back-to-back First Team All-MEAC appearances from 2017-2019 but he says he couldn’t have accomplished all of this success without the help and support of the Bison family, and he’s forever grateful.

In a message to his Howard University and basketball family Williams says, “Thank you for the support, the good, the bad and even the terrible. I appreciate everything everyone has ever done for me at this school, from my coaches to my teammates and friends that would come to the games and sit in the stands. I appreciate all the support everyone has shown me and my teammates.”

The journey is not over yet for Williams. Three regular-season games are remaining, and CJ is paced to break another MEAC all-time record for field goals made and increase his all-time scoring record beyond 2,400 points.

The Bison return to action against The University of Maryland Eastern Shore on Monday, March 2 at Burr Gymnasium.