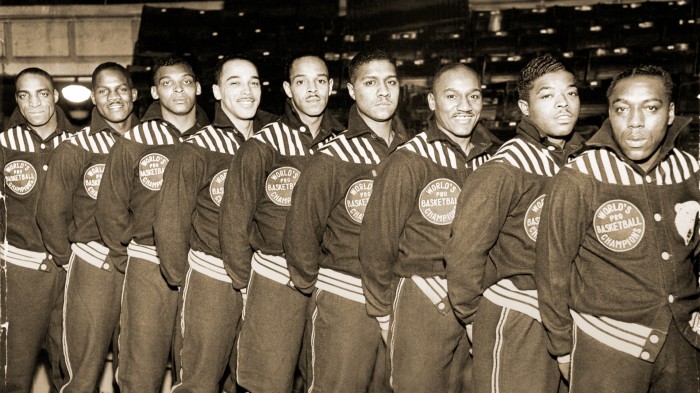 The Rens competed against and dominated men’s basketball teams across the nation, whether they were black or white. While playing basketball, during the troublesome Jim Crow era, the team encountered the misfortunes of discrimination. The Rens often slept on their team bus when they were banned from hotels due to segregation and ate cold food when restaurants refused to serve them.

Despite their obstacles, during the 1932-1933 season, the Rens won 88 consecutive contests, the longest standing record by any professional team.

The Rens accomplished their greatest goal of all in 1939 when they won their first championship in the World Professional Basketball Tournament.

In 1963, The Naismith Basketball Association inducted the NY RENS into the Hall of Fame class.

Douglas was inducted into the Basketball Hall of Fame in 1972.