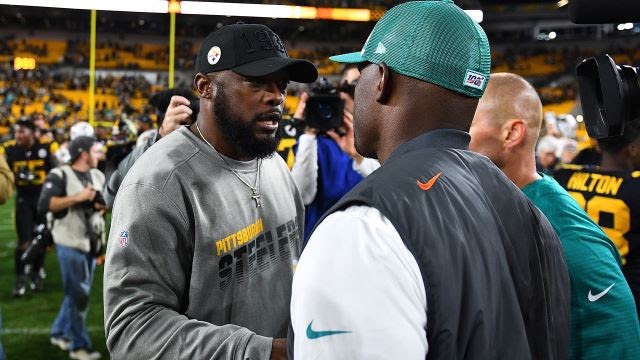 The National Football League’s 2019 season, the league’s 100th season, was marked with memorable conference battles, exciting rivalries, and some of the greatest sports underdog stories ever witnessed. The Tennessee Titans, who began the season 2-4, turned their season around, and with a powerful defense and rushing dominance led by Derrick Henry, propelled their team to an unforeseen AFC Championship Game. The San Francisco 49ers, who league analysts predicted to be mediocre, only winning four measly games, proved their doubters wrong by boasting a 13-3 regular-season record and a Super Bowl appearance.

The league’s 100th season was considered one of greatest seasons for the black quarterback, with Lamar Jackson of the Baltimore Ravens named as the 2019 NFL Most Valuable Player (MVP), and Patrick Mahomes leading the Kansas City Chiefs to a comeback win in the Super Bowl.

As the 2019 NFL season ended following Super Bowl LIV, 30 teams other than the Kansas City Chiefs and the San Francisco 49ers are actively reflecting on why their team didn’t earn a ticket to the big bowl, and how they can improve—which has led to the firing of several head coaches.

Out of 32 NFL teams, five organizations have fired their head coaches this year and hired replacements within months, but appallingly none of the new hires selected were African American.

During the 2018 NFL season, a trend emerged when five teams dismissed five of the seven African American head coaches before the new year began. Following one regular-season stint in Arizona, the Arizona Cardinals fired head coach Steve Wilks after he led the team to a 3-13 record and informal “worst-performing team” title. Despite his winning woes, in the NFL there have been only ten head coaches fired after one full season — three of the ten were African American.

Over the past two decades, minority head-coaching dilemmas have plagued the league even after implementing the Rooney Rule, and it’s evident.

Current NFL Commissioner Roger Goodell held a press conference Jan. 29, during Super Bowl week and a reporter asked about the lack of head coaching opportunities for minorities despite league diversity initiatives, according to ESPN.

“Clearly, we are not where we want to be on this issue. We have a lot of work that’s gone into not only the Rooney Rule but our policies overall. It’s clear we need to change and do something different,” Goodell said.

Following his initial statement, Goodell proposed that the NFL seek guidance on diversity from other sources.

As of 2020, in the NFL, nearly 70 percent of the players are African-American, while only 9.7 percent of head coaches are African American—creating a blatant racial divide.

The Rooney Rule, named after the late former Pittsburgh Steelers owner Dan Rooney and chairman of the NFL’s diversity committee, mandates “every team with a head coaching vacancy to interview at least one or more diverse candidates” according to the NFL. The rule aims to eliminate coaching preferences based on race or bias, rather than talent.

In 2009, the rule expanded to include minorities in front office positions and general managers but there has been slow progress.

“I think we have to get the owners more information. They’ve got to understand that there’s a universe of people out there that they may not know about. And it’s not necessarily racism, it’s just being ignorant of who’s out there—who can help them,” Dungy said in an interview on NBC Sports’ Football Night In America.

Another league has beaten the NFL to the punch.

In 2020, here are the following black head coaches in the XFL: the DC Defenders’ Pep Hamilton, the Los Angeles Wildcats’ Winston Moss, and the St. Louis Battlehawks’ Jonathan Hayes.

Of their eight XFL teams, there are three head coaches, the same amount in the NFL, although there are 32 NFL teams.

Including the Washington Redskins head coach Ron Rivera, there are only 12.5 percent of minority head coaches in the NFL, and 100 percent of the owners and chief executive officers on each NFL team who can change that statistic are white.

The NFL’s Washington Redskins made a positive stride by naming Jennifer King, an African American woman, as their full-year coaching intern Feb. 11. King will be the first full season African American female coach in the history of the NFL—a move hopeful to foster more diversity.

The NFL is trying to take steps in the right direction to provide minorities with the same amount of opportunities as their white counterparts but they must acknowledge the fact that opportunities are unevenly distributed.