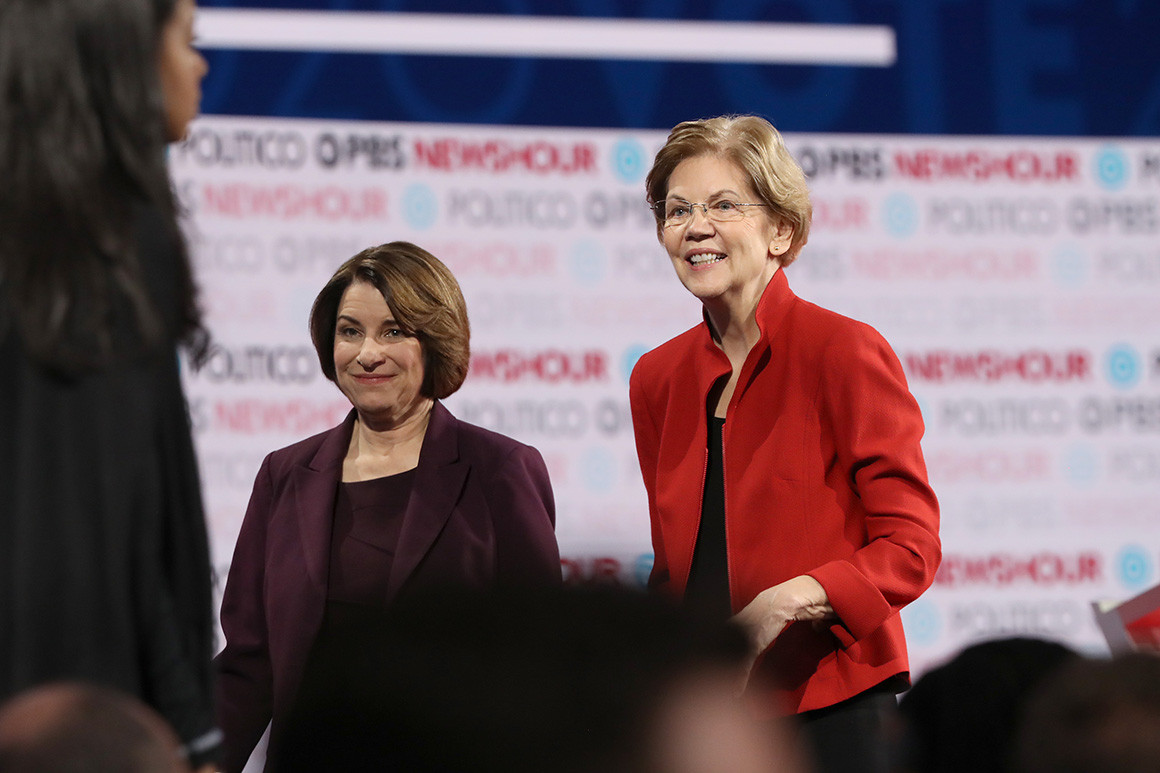 The New York Times editorial board has been endorsing presidential candidates for over 160 years. Historically, the interview process has been done behind closed doors. This year, however, the board chose to experiment with a public process. This included the periodic release of candidate interview transcripts, four New York Times pieces detailing how they make their decision, a podcast series and an endorsement special on the paper’s FX and Hulu show, The Weekly, which released the final decision on Jan. 19.

The editorial board is made up of veteran journalists who utilize research, personal experience and issue-matter expertise to write opinion pieces. James Bennet, the editor of the board, recused himself from the process on account of his brother, Michael Bennet, vying for the Democratic presidential nomination. In his stead was Kathleen Kingsbury, the deputy editorial page editor. Once the 90-minute endorsement interviews were completed and the board had taken a vote, Kingsbury made the final decision and presented it to the publisher.

The Times met with nine democratic candidates in December of 2019: Joe Biden, Cory Booker, Pete Buttigieg, Amy Klobuchar, Deval Patrick, Bernie Sanders, Tom Steyer, Elizabeth Warren and Andrew Yang. Three candidates — Michael Bloomberg, Julián Castro and Tulsi Gabbard — were extended an invitation but declined. While Kamala Harris, who was once considered a frontrunner, dropped out of the race ahead of her endorsement interview. The transcripts of the interviews were released in the order in which they were conducted, based solely on campaign schedules and congressional commitments.

Rather than opening up the morning paper to read about the final verdict, viewers were given a front-row seat as the editorial board asked the candidates the questions needed to make their decision. During the 50-minute episode, condensed from roughly 14 hours of interviews and deliberation, the board brought in the candidates one-by-one and questioned them on their history, policies and even health.

According to Kingsbury, the editorial board’s endorsements are meant to “assess candidates’ platforms and pledges and offer readers in-depth guidance so they can make up their minds on whom to vote for in an educated way.” Given that this was the first time the process was done fully on record and in front of cameras, Kingsbury acknowledged that candidates might not be fully forthcoming with their answers. In an attempt to bring out their more vulnerable side, Kingsbury asked each candidate the same question, “Can you give me an example of a person who’s broken your heart?”

Booker gave what many praised as the most moving response, remembering a time when a young man he mentored was murdered at the hands of gun violence. He recalled the “feeling of suffocation” and the packed funeral home with everyone “chained together in grief, moaning and crying and wailing at what is an everyday reality in America is another boy in a box.”

While Sanders, who is known to invoke emotion in his passionate speeches, declined to answer the question. “Even candidates for president of the United States have a limited amount of privacy,” he stated. This was noted as a very “human response” by one of the board members, and one that an older candidate has the courage to make.

Ordinarily, only the editor of the board, the publisher and the opinion writers tasked with drafting the endorsement know which candidate has been chosen prior to publication. But with the incorporation of this year’s television episode, and thus the necessity for an expansion in necessary crew members and personnel, the paper grappled with how to keep their decision a secret. Ultimately, the paper chose to film two versions of the episode — one leading up to the announcement and another containing the final scene. The latter version was kept on a need to know basis, which meant most of the crew and many top-level executives were not privy to who was chosen until the episode aired.

Parting with tradition, the paper decided to back not one, but two candidates — progressive Elizabeth Warren and centrist Amy Klobuchar. While acknowledging that all of the democratic candidates would be among the most progressive presidents this country has ever had, Kingsbury stated that their differences became clear in how they would get their agendas done. The interview process became not just about their ideas and history, but how the candidates would fair as commander-in-chief and how prepared they were to take on the oval office.

In the endorsement letter, the board praised Warren’s policy prescriptions and clear diagnosis on the issues facing America today. “Her campaign’s plans, in general, demonstrate a serious approach to policymaking that some of the other candidates lack.”

While for Klobuchar, the endorsement highlighted her experience in the U.S. Senate and her ability to connect issues such as foreign policy and gun safety to voters’ lived experiences. “Her lengthy tenure in the Senate and bipartisan credentials would make her a deal maker (a real one) and uniter for the wings of the party — and perhaps the nation.”

The paper received considerable backlash for their decision to endorse two candidates. One columnist even stating, “It seems apparent that the Times was more interested in producing an hour of television — one that depicted its journalists as plugged-in to something, if not the Democratic primary in 2020 — than an endorsement.”

Much of the criticism was based on the expectation that the endorsement was supposed to help voters decide who to vote for — not narrow down their options. In defending the board’s decision to endorse two candidates, Kingsbury stated, “the circumstances created by Trump’s election provided an opportunity for the editorial board to frame Democrats’ choice rather than making it for them.”