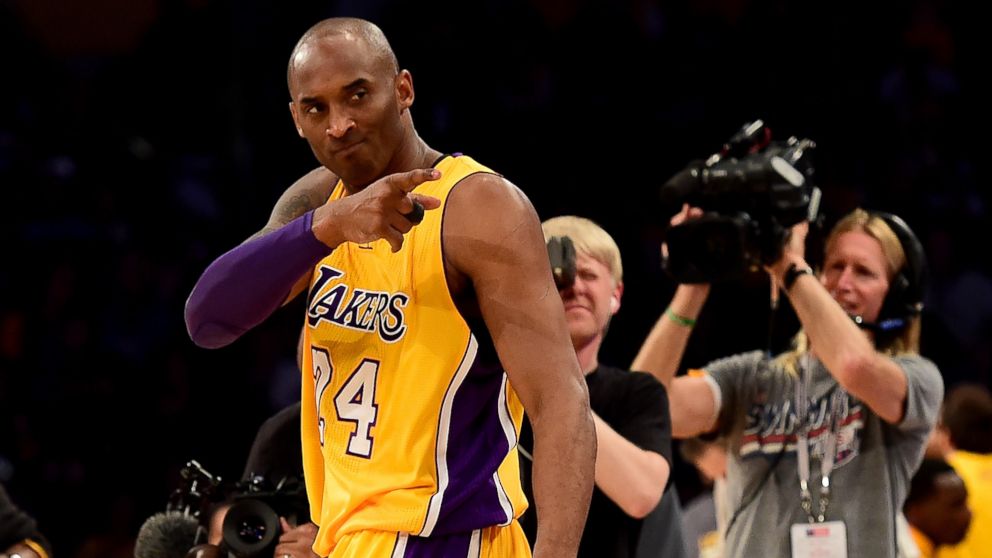 The death of basketball icon Kobe Bryant has left a tremendous impact on families across the globe. Bryant, his daughter Gianna Maria-Onore Bryant, along with seven others died in a helicopter crash on Jan. 26.

On June 26, 1996, Bryant, a 17-year-old high school phenom attended the NBA draft, waiting to see which team would award him a jersey. Over 20 years later, he is known as one of the greatest basketball players of all time.

Kobe “Bean” Bryant was born on August 23, 1978 in Philadelphia, Pennsylvania. He attended Lower Merion High School where he led his team to the 1996 state championship and earned the title of top high school basketball player in the country. In a 2016 interview, Bryant’s former coach Gregg Downer said, “Kobe set the foundation and showed us how to do it. I’ve no idea what he’ll do, but whatever it is, he won’t rest until he’s the best at it.”

Bryant was drafted to the Charlotte Hornets and traded to the Los Angeles Lakers shortly after. As a rookie, Bryant won the 1997 Slam Dunk Contest, earning him a reputation as a high-flyer and fan favorite. The 18-time All Star and 15-time member of the All-NBA Team played as a shooting guard for the Lakers for 20 years. Throughout his career, Bryant won five NBA championships, won two Olympic Gold medals, was named MVP in the 2007-08 season and scored 81 points against the Toronto Raptors, the second-highest number of points scored in a game in NBA history. During the historical game, Bryant finished with 28-of-46 shooting, including 7-of-13 from three-point range and 18-of-20 from the foul line. Staff and teammates asked Bryant to autograph copies of the box score after the game. Because of his many accomplishments, Byant intentionally nicknamed himself “Black Mamba,” after the agile, aggressive snake in Quentin Tarantino’s “Kill Bill.”

He retired in 2016 and spent a lot of his post-retirement time with his family. He was especially involved with his daughter Gianna, taking her to basketball games to watch her favorite players and coaching her basketball team. Gianna,13, was nicknamed the “Mambacita” after her own dominance of basketball, which was reminiscent of her father’s game. She played basketball at the Mamba Sports Academy and had dreams of playing in the WNBA. The Mamba Sports Academy was launched in 2018 as a joint business between Bryant and Sports Academy’s CEO Chad Faulkner. Located in Thousand Oaks, California and Redondo Beach, California, the academy has a mission to enhance the way the youth approaches human performance by providing them with sports-specific physical training, a sports-focused venture lab, as well as a charitable foundation called the Mamba Sports Foundation.

A recent video of the father-daughter duo sitting courtside went viral on social media, displaying their close bond through their passion for basketball.

Bryant’s persistent drive towards excellence followed him into his daily life off the court. In the midst of his 20-year career, he was signed to Sony Records. Bryant debuted his single “K.O.B.E.” at the 2000 All-Star games with Tyra Banks. He also remixed Destiny’s Child’s “No, No, No” and featured on Brian McKnight’s “Hold Me.” Bryant won an Oscar and Sports Emmy in 2018 for his animated short film “Dear Basketball,” based on a poem he wrote following his retirement.

Fans and celebrities such as Shaquille O’Neal, Dwayne Wade, Michael Jordan, and many others posted their condolences on social media platforms and the 2020 Grammys opened up the show with a tribute to Bryant and Gianna. Trae Young, Gianna’s favorite player, came out wearing a number eight jersey in honor of Bryant.

“One of the last conversations we had, he was just telling me how much he’s seen my game progress. He wants me to continue to be a role model for kids growing up and for Gigi [Gianna] and all the kids looking up to me,” said Young.

Dallas Mavericks owner Mark Cuban, announced that the Mavericks will be retiring the number 24 jersey in Bryant’s honor.

Bryant was an inspiration for many young basketball players, including those at Howard University.

“Kobe was a legend, and this is a tragic loss for the basketball world. [I am] sending prayers to his family,” said Cameron Timmons, Howard University basketball player.

Bryant’s impact was in inspiration and influence for the Bison.

“Kobe has impacted me personally as a basketball player just by the way he approached every game with that killer mentality knowing he was the best player on the floor… His middle name is tattooed on me for a reason and it’s a constant reminder to strive to be like him on and off the court,” said Charles Williams, Howard University basketball guard.

The others lost in the crash included Alyssa, Keri and John Altobelli, Payton and Sarah Chester, Christina Mauser and pilot Ara Zobayan. The teammates, their parents, girl’s basketball coach and pilot were on their way to a youth basketball game that the girls were scheduled to play in when the helicopter went down. The cause of the crash is still under investigation and the Bryant family has not yet made any statements.

Published in Culture and SPORTS