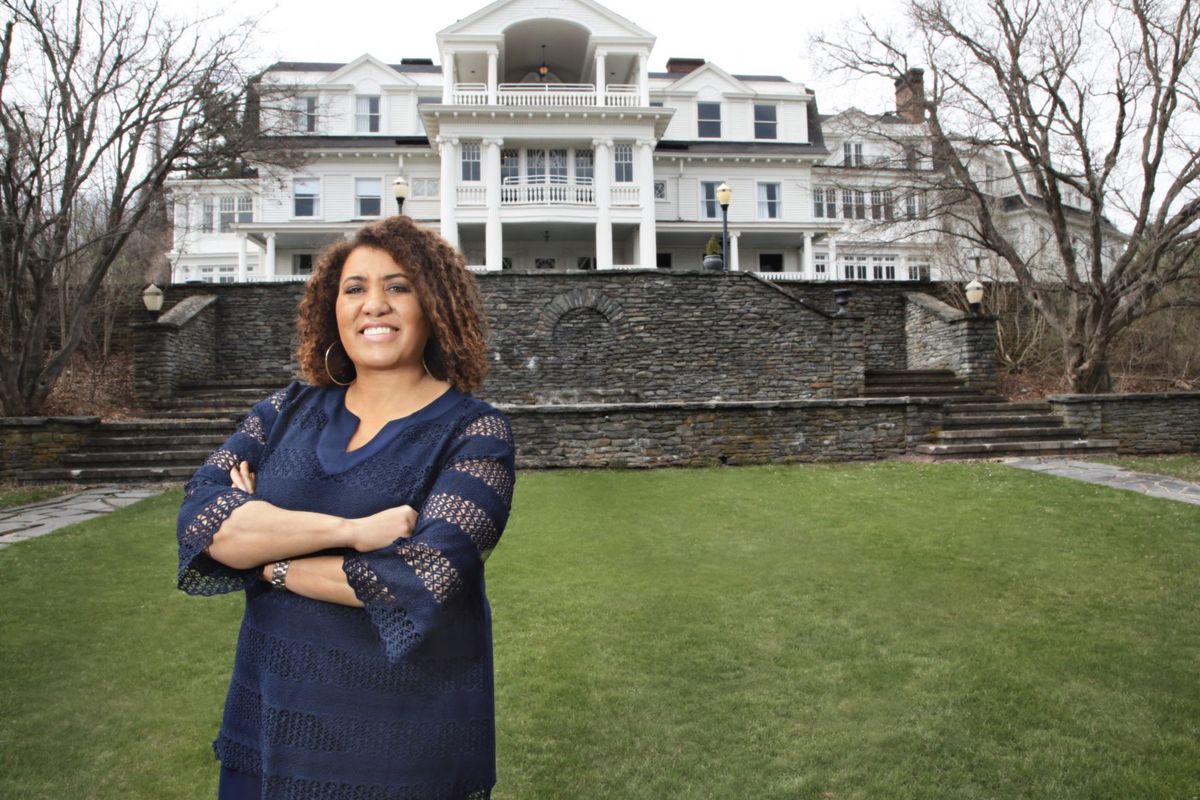 From studying at Howard University as a student in the late seventies to becoming a faculty member, Monique Greenwood has long been invested in the school. Having served as Editor-in-Chief of Essence and now running a successful hospitality company, Akwaaba Bed & Breakfast Inns, Greenwood has harnessed her writing, creative and entrepreneurial skills in her pursuit of legacy building.

Born in Washington D.C., Howard was originally not where Greenwood envisioned herself upon completing high school.

“Being from Washington D.C., Howard was right down the street from where I grew up. It was like going to the thirteenth grade. I couldn’t wait to get to New York,” said Greenwood.

As life goes, after receiving only a partial scholarship to her choice school in New York, she found herself at Howard where she received a full scholarship. “

“It [Howard University] turned out to be exactly the place where I should have been and that I’m grateful that I was,” Greenwood continued.

Though she got off to a slow start, once she began to get involved on campus she dived right in.

When asked what experiences impacted her the greatest while studying at Howard, Greenwood was quick state the overall campus atmosphere, lifelong friends, a healthy competitive environment and the “work hard, play hard” mentality.

“I think the greatest experience was being in a nurturing environment where I felt that everyone was involved in my success. Everyone was totally committed to my success and to be in a space where the possibilities are endless is very empowering. You you can look around the classroom and know that the smartest person in the classroom is like you and the dumbest person in the classroom is like you. You can decide who you want to be. Nothing feels off limits,” said Greenwood.

With such an extensive resume in print media, one would not suspect that Greenwood initially wanted to go into broadcast journalism.

“When I first came to Howard, I thought that I wanted to do broadcast journalism. I was quickly counseled to do print journalism to really hone the skills of writing and communicating the story and so much being a face that could read well. Howard had and still does have an amazing School of Communications. When I graduated from Howard, I was already a journalist when I moved my tassel to side,” said Greenwood.

While still Editor-in-Chief of Essence, Greenwood began her bed and breakfast company in Brooklyn. Her desire was to have a home in a city that she loved for every season. She decided upon New York City for the fall, DC for the spring, New Orleans for the winter and Cape May, NJ for the summer.  When juggling both became too much, Greenwood chose to leave Essence to run her business full-time. What led her to make this decision was her strong belief in legacy building.

Greenwood said, “I felt like I’ll never be able to leave my daughter a job at Essence, but I could absolutely leave her this real estate and business if that’s something that she chooses to do.”

Eventually, Akwaaba Bed and Breakfast became the focus a reality show, Checked Inn, that was picked up by the Oprah Winfrey Network. Greenwood attributed the show as giving a glimpse as to how black business owners live and run a business.

In 2016, Greenwood returned to Howard as the first John H. Johnson Endowed Chair of Entrepreneurship where she was tasked with cultivating a culture of entrepreneurship within the student body, faculty and administration.

Her advice to students currently navigating through college was to define success for yourself.

She also spoke of how critical it is to have a support team, acknowledging the role her parents, husband of thirty years and daughter have had on her success. Additionally thanking her girlfriends, neighbors and guests who she credits as the ambassadors of her brand.

Currently, Greenwood is working on working on a Akwaaba home decor brand and hopes to have the brand available in major retailers. Her bed and breakfast business can be found at www.akwaaba.com.