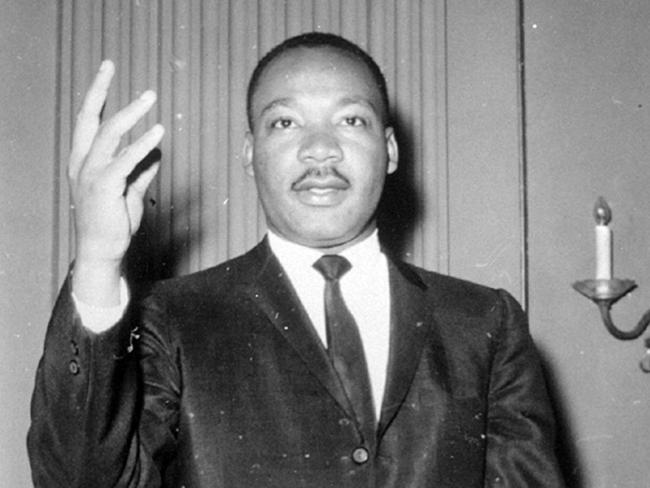 From King to Kaepernick: How Protests Haven’t Changed

As we remember the life of Martin Luther King, Jr., we must look beyond the portrayal of him as a great uniter of the races, beloved by all. To see the man only for his Dream is a great disservice to his ultimate sacrifice. Freedom was not granted by a speech, in fact freedom is still not granted. King’s struggle paved the way for further movements but his fight was not a fair one    and it was not an easy one.

History has whitewashed King’s legacy; it would have us believe he was adored until his death and that he is the ultimate icon of respectability politics. His legacy was not simply little black girls holding hands with little white girls. He spoke out against capitalism, he spoke out about the evils of militarism because he understood that in order to combat oppression you had to combat the institutions that perpetuated it.

History books have painted him as some sort of deity loved by all during his lifetime. However, this was not the case–at times his approval ratings were so low even among his fellow clergymen. Famously in The Letter from Birmingham Jail those he corresponded with called his protest, “unwise and untimely.”

In a special research method used by Gallup poll in 1999, they aggregated the 18 most beloved individuals in America. In the five years before his death, King made the list twice–fourth place in 1964 and sixth place in 1965. The data shows that King’s approval rating became more negative as the years went on. In the last Gallup measure of King using this research method in 1966, he had a positive approval rating of 32 percent and a negative rating of 63 percent. King was not a popular man.

Parallels can be drawn from contemporary protesters such as Kaepernick taking a knee during the anthem. In addition to The Star Spangled Banner, there was a different sort of anthem sounding during his protest–a chorus of, “wrong time, wrong place,” by people who refused to believe that black men and women were being murdered even while athletes were playing football. The truth is there is won’t be a right time to hold a mirror to society and show them how wrong they are. The right time is never. The right place is where you can’t be seen.

Martin Luther King knew this was the sentiment and that is why he took action when no one would or when everyone else was too afraid to. That is why he braved the fire hoses and the police dogs and the batons. King knew his fight for his brothers and sisters’ humanity would not be an easy one. Even today our fight for our humanity is not an easy one. However, there is a difference between then and now: in King’s movement we were asking to be equal, now we are screaming to be equal.

The anger is only building. African-American’s refusal to be treated as “less than” is reaching a boiling point–and rightfully so. Stones are being thrown, brawls are breaking out between citizens and police, storefronts are being broken. During his time, King was quoted as saying, “A riot is the language of the unheard.” You cannot condemn a riot without condemning the conditions that are allowed to exist to drive people to riot. Even so, #BlueLivesMatter is being shouted from the rooftops because the police are upset that we refuse to continue letting them murder us any longer.

Our fight today is the same fight that King fought. When all is said and done will the Kaepernicks of the world, the Alicia Garzas the Assata Shakurs, and the Stevante Clarks be remembered as fondly? Will they be remembered for speaking out against injustice? Hopefully. Will their speaking out against the oppressive and racist systems that perpetuate that injustice be forgotten? Hopefully not.