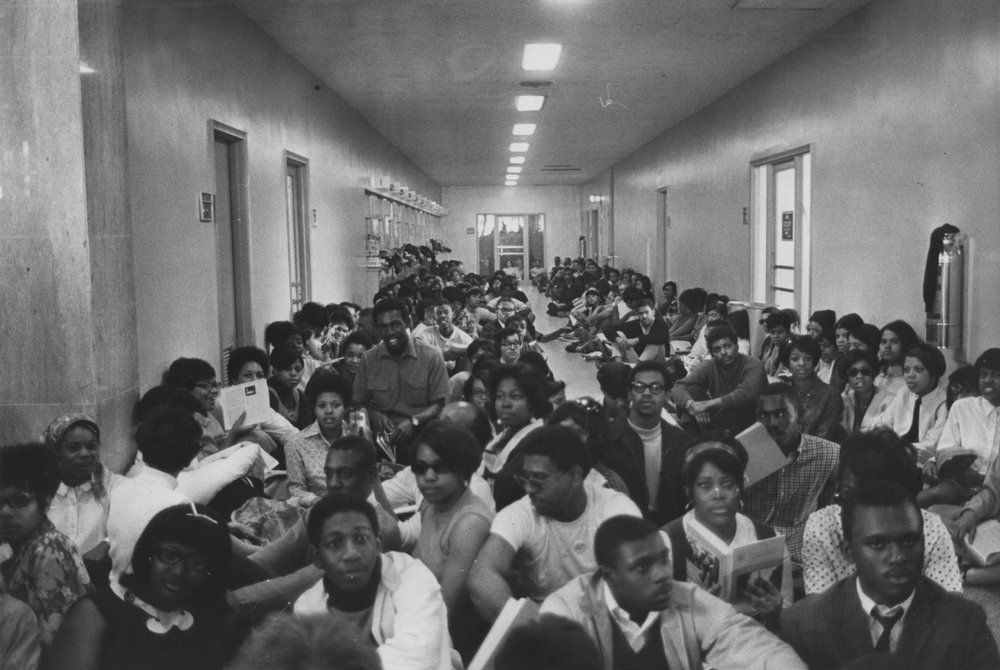 Black Movements in America and Student Activism: Harmonies and Dissonances

The death of Linda Brown at 75 last Sunday in Topeka, Kansas reminds us of the Black student role in modern American freedom struggles. Brown’s parents joined 12 other families from 5 states in filing the anti-school segregation lawsuits collectively known as Brown v. Board of Education. She spent the rest of her life advocating for social change.  Students came to symbolize possibilities of Black progress in this settler state, anchored in hopes that study and sacrifice would equip generations to make transformative changes, within and beyond Black communities.

During the post-Enslavement period of de facto segregation, these two social movement orientations combined to fight both racial discrimination and legally sanctioned and enhanced racial violence. From segregated schools, churches, businesses and social/cultural institutions, Africans joined forces to topple the most obvious discriminatory barriers to collective advancement. This movement reached its apogee in the 1960s with the passage of major federal civil rights legislation that ostensibly reinforced the “Civil War Amendments” passed a century earlier.

Since that time, Black elites have used the Civil Rights movement to struggle to maintain their precarious individual class status while Black masses have suffered increasing local and collective social and economic insecurity in the wake of the convulsions of late global capitalism. Narratives of African liberation have been largely absorbed into American settler state mythology, wherein individual Black achievement is conflated with/celebrated as group advancement in the fight against discrimination, negating the anti-Black physical, economic and political violence that frames the lived reality of the vast majority of Black America. Education, long embraced as “the great equalizer,” fits comfortably into that narrative of individual achievement as proxy for collective advancement against structural, group-based oppression.

Black student activism has always troubled the relationship between Robinson’s two alternative orientations. Frequently fueled by youthful energy and courage, students in segregated schools organized against inequitably distributed resources, conservative curricula and instruction and racial terror. These movements stretch from the emergence of common school, normal school and college and university education during the First U.S. Reconstruction through the Civil Rights movement of the Second U.S. Reconstruction. By the late 1960s, however, the Black Power Movement revealed irreconcilable fissures between the two orientations.

At the university level, calls for Black Studies were re-launched at HBCUs before taking flight at HWCUs. Fifty years ago this month, Howard students demanded that the university become a “Black University,” defined in part as one that became “relevant” to the needs of “the Black community” in scholarship and service. Some faculty were recruited to Howard with that specific mission, which brought them into deep debate and negotiated truces with others who did not see this as their mission. Black students at Howard and in other Black institutions attempting to determine how to both represent and advance the interests of Black communities were introduced to and became the most salient embodiment of these greater and lesser dissonances.

In the fifty years since the emergence of full-throated global calls for Black Power, Pan-African Internationalism, and even for The Black University, Howard, like every other institution in Black America, has worked—and failed—to reconcile discordant strains of the two alternative class orientations. This American inharmonic may be only a localized manifestation of African experience in the larger racial capitalist world system.  Following in the footsteps of their predecessors in the 1960s, 70s, 80s, 90s and 00s, a new generation of Howard students question that system and its local impact on everything from basic human needs (food, shelter, healthcare) and related human activity (education, employment) to what Black Arts Movement theoretician Larry Neal would call “visions of a liberated future.”

HBCUs led in transformative social activism due to circumstances. Legal genius architects of Brown v Board were trapped by segregation at Howard. Student activism blended with this artificial, Apartheid-contained racial class of Black America to force collective action. Common interests began to fracture during the post-desegregation 1960s, and calls for The Black University came at the very moment when the Black elite was perched to escape close association with Black masses in search of aspirational escape.

Ironically, whereas Black University-oriented thinkers from W.E.B. Du Bois and Vincent Harding to Andrew Billingsley, Eleanor Traylor and Ron Walters once worked at HBCUs, great calls for radical restructuring of higher education are more recognized now when made by Black (and other) academics perched at elite White institutions, whose cherry-picked concepts of “diversity” hardly impede their colonization of surrounding areas and re-inscribing of existing social orders.

As Paula Giddings noted in her 2018 Charter Day Convocation remarks, however, student movements at Howard, like movement at other HBCUs, co-mingle love for a people and an institution with deep disappointments and demands of better. Love is the element that makes the often-discordant strains cohere.  From distance of age, both progress and retreat can be glimpsed, celebrated and bemoaned. Meanwhile, the larger society continues to attack Black bodies from every class as a frightened coming white minority doubles down on hatred, hyper nationalism and self-immolating isolationism.

One of our collective roles is to always remind ourselves that love is the element that binds us together. That love cannot, must not, evade frequently painful collective work. We must always also remember that anti-Black settler state violence is our permanent common enemy, and that deep study and multi-literate collective action must frame our distinct missions as Black institutions. The choice to act collectively to contain the dissonances and search for harmonic resolution remains, for the time being, ours.