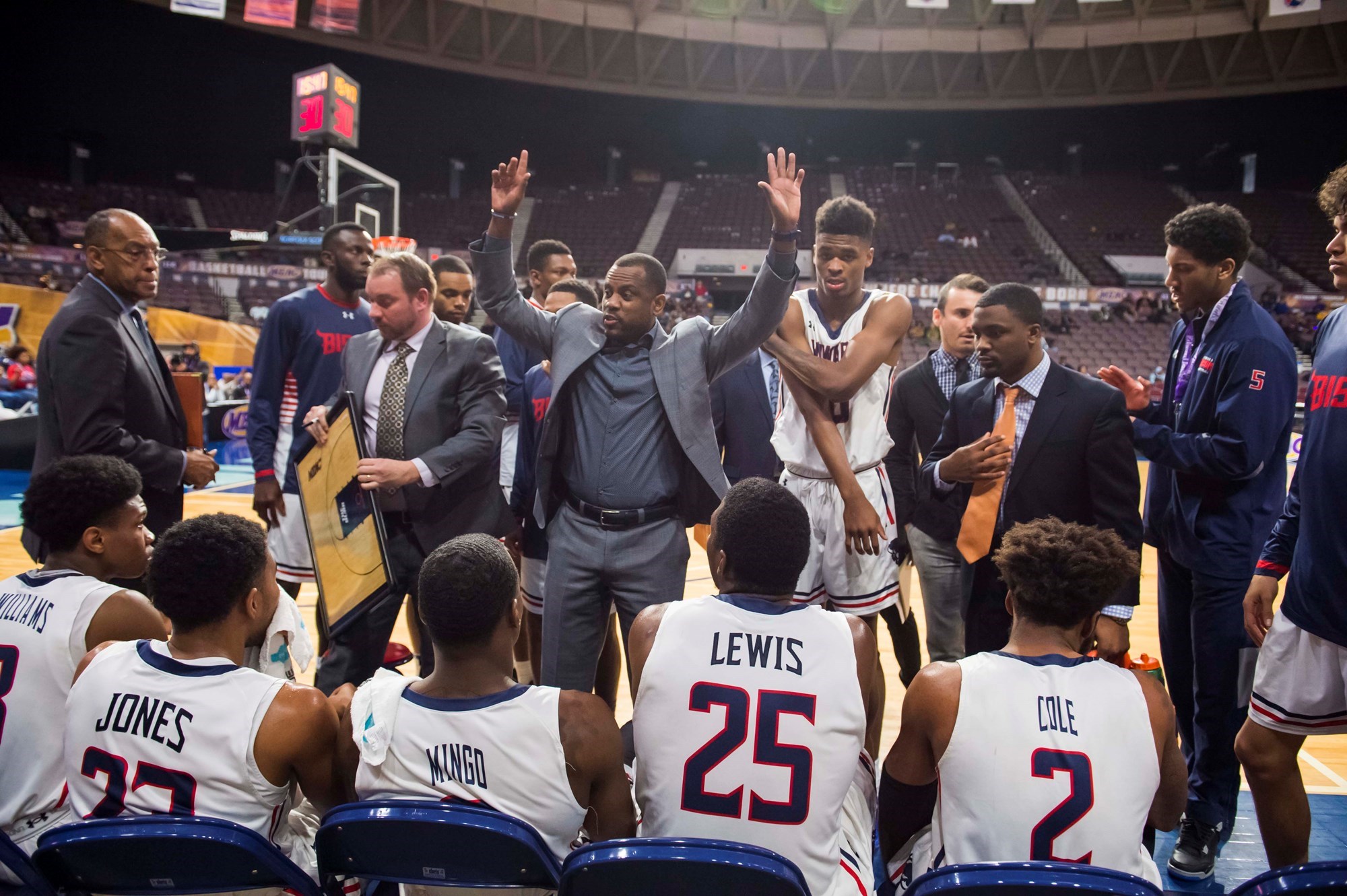 Howard University Men’s Basketball team erased an 18-point deficit, but were unable to complete the comeback as they fell to Florida A&M (FAMU), 88-78, at the Mid-Eastern Athletic Conference (MEAC) First Round in Norfolk, Va.

HU shot a respectable 44-percent (28-of-63) from the floor while outscoring the Rattlers inside, 32-20. Howard also outrebounded FAMU, 38-30, and scored 20 second chance points.

“They got on us quick,” said Howard Men’s Basketball head coach Kevin Nickelberry. “But we fought back and were resilient. We made the plays to get back into the game. In the second half, we built a lead, but we got into foul trouble, which we’re not a deep team, especially when RJ [Cole] got into foul trouble.”

Before the game, freshman RJ Cole and sophomore Charles Williams were recognized for their outstanding seasons with postseason awards. Cole received MEAC Rookie of the Year while Williams took home an All-MEAC First Team plaque.

For the game, both Bison combined for 43 points. Cole finished his rookie campaign with 25 points, six dimes, six boards and three steals in 35 minutes of action. The Virginia native ended with 18 points in a losing effort.

“With CJ [Williams] and RJ [Cole], you always got a chance,” Nickelberry stated. “We felt pretty good. We took the lead, but RJ got into foul trouble.”

Redshirt junior Jalen Jones delivered a two-hand dunk and gave the Bison its first lead with more than 16 minutes remaining, 47-46.

From that point, the Rattlers went on a 14-3 run and took a double-digit advantage with 4:30 remaining, 78-67, and never relinquished the lead.

Senior Dalique Mingo played his final game for the Bison where he scored 12 points, including a perfect 6-of-6 from the charity stripe.

“Dalique Mingo has been an unbelievable Bison for us in his four years,” Nickelberry stated. “He’s been a big part of our identity. His toughness and resilience and the way he has mentor these young guys. I want to thank him for being a Bison and being part of this family.”

Florida A&M held a double-digit advantage, 18-6, until a trey ball from Williams sliced the margin down to single digits at the 12:58 mark, 18-9.

FAMU kept the pressure on with a 12-3 run and held its largest lead of the game, 30-12, but the Bison refused to go away.

Gradually, HU chipped away at the deficit. Cole made a pair of freebies and trimmed the margin back to single digits with less than two minutes before intermission, 38-29.

With time dwindling, Cole drilled a running three-pointer as time expired and closed the gap to four at halftime, 40-36.