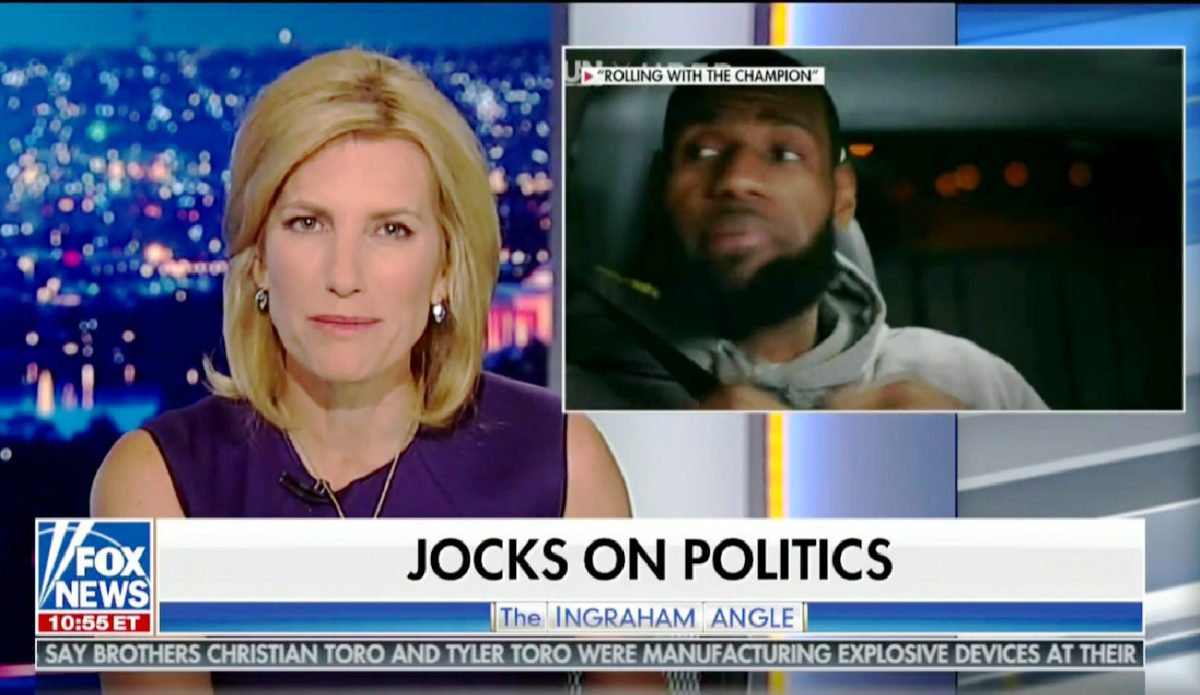 “Shut Up and Dribble”: LeBron James criticized for opinion by Fox News pundit

Earlier this week, Cleveland Cavaliers star LeBron James made comments about President Trump. As part of ESPN’s Uninterrupted, Cari Champion asked the All-Star his thoughts on  what is currently going on in the country. James, like many others, scrutinized the president stating, “The No. 1 job in America, the appointed person, is someone who doesn’t understand the people,”

He added that his comments are, “laughable and scary.”

After hearing these comments, journalist Laura Ingraham then attacked the Cavs forward for his remarks on President Trump. What stuck out the most was that she told to James to, “Shut up and dribble”.

Ingraham received backlash for her comments as people found them to be racist, motivated only by James’ skin color. LeBron James is one of the more heralded figures in professional sports due to his involvement in the community. James makes multiple million dollar donations a year to various charities and is always looking to help his community.

James responded to Ingraham by stating that, “The best thing she did was help me create more awareness,” during the, “best weekend,” in the NBA, James said on Sunday, Feb. 18.

James also responded with another message to Ingraham stating, “We will definitely not shut up and dribble. … I mean too much to society, too much to the youth, too much to so many kids who feel like they don’t have a way out,” James may be a basketball player, but he refuses to be pigeonholed.

James stated his unequivocal desire to speak on any topic he believes his voice is needed.     At the time of this story’s release, the entire NBA is backing the 14th time all star.

NBA commissioner Adam Silver stated, “I should also say it’s not lost on me or anybody in this room that there is enormous amount of racial tension in this country, enormous amount of social injustice, and I do see a role for this league in addressing those issues.”

Silver giving the green light allowing players to speak on political issues is just the type of reinforcement that is necessary. The issue with sports and politics will not go away any time soon, but it makes a positive statement if the best player in the NBA sees that there is something wrong with this country. LeBron James should be able to speak his mind and do exactly what he did–which is tell the truth.